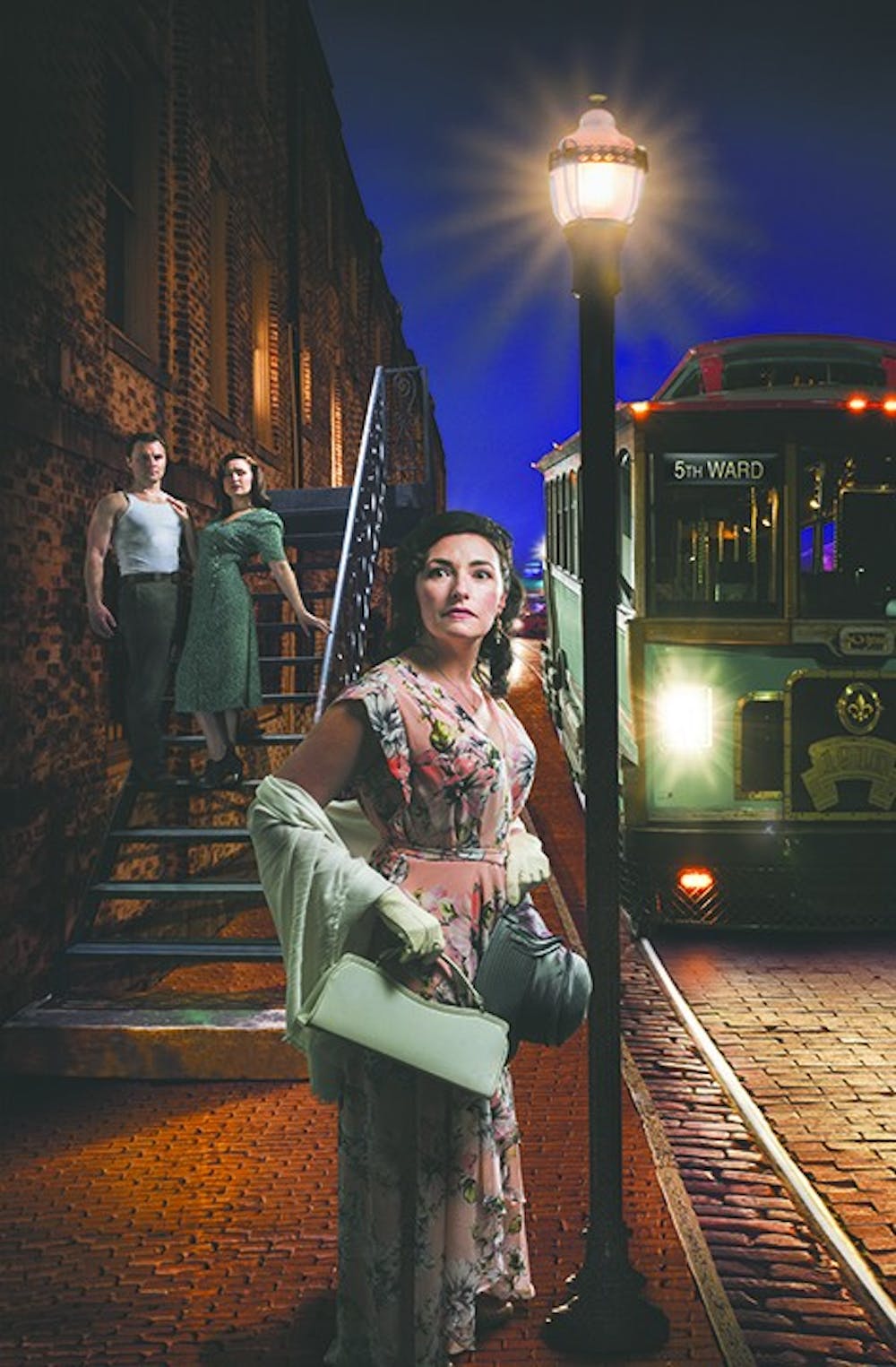 The classic play “A Streetcar Named Desire,” written by Tennessee Williams, is coming to Trustus Theatre's Thigpen Main Stage Feb. 7 to 22 as part of its 35th season.

“A Streetcar Named Desire” follows Blanche DuBois as she moves to New Orleans to live with her sister Stella and Stella’s husband Stanley. As the close quarters of having three people in a small apartment start to affect Stanley, he digs into Blanche’s past and finds out she and her sister come from an aristocratic family.

Director Patrick Michael Kelly, who was cast in Trustus’ 2002 production, said he believes that even though the play was written in the 1940s, it is still "relevant today."

“There are lots of different themes and messages within the play that are really, really accessible to people nowadays,” Kelly said.

Production of the show began last November, and rehearsals started in January.

“It’s a great history lesson because it's one of the great works of American theater,” Kelly said.

Trustus' main stage, Thigpen, sits in the middle of an auditorium that seats the audience around it. The set will mostly consist of Stanley and Stella's apartment, and the audience will get a peek into the household as tensions between the characters rise.

Marybeth Gorman is the actress playing Blanche and an adjunct instructor in USC's Department of Theatre and Dance.

“The chemistry between the woman, Blanche, who I play, and the husband, Stanley, is pretty volatile,” Gorman said.

Though the period of the play is set in a different time, Kelly and Gorman said they believe “A Streetcar Named Desire” is important now more than ever.

“We have the same political discourse today about people not appreciating art as much as people think that they should or, especially, we're still very much in the conversation of immigrants,” Kelly said.

“That inner strength and character, there really isn’t a place in our society right now that really values that. Unless we can put a picture on it and post it on Instagram and make people see that — it sort of articulates in a way that has a very immediate sense of somebody understanding that we’re deep — then it’s not really appreciated,” Gorman said.

Besides the audience getting to watch how Stella, Stanley and Blanche interact in such a small apartment with conflicting personalities, another aspect of the play is its emphasis on community.

“We put a lot of focus on the victim and on the aggressor, but really, we’re all sort of responsible for watching out for each other,” Kelly said.

"A Streetcar Named Desire" premieres Feb. 7 at 8 p.m. at Trustus Theatre. Adult tickets are $28, and military, student and senior tickets are $23.