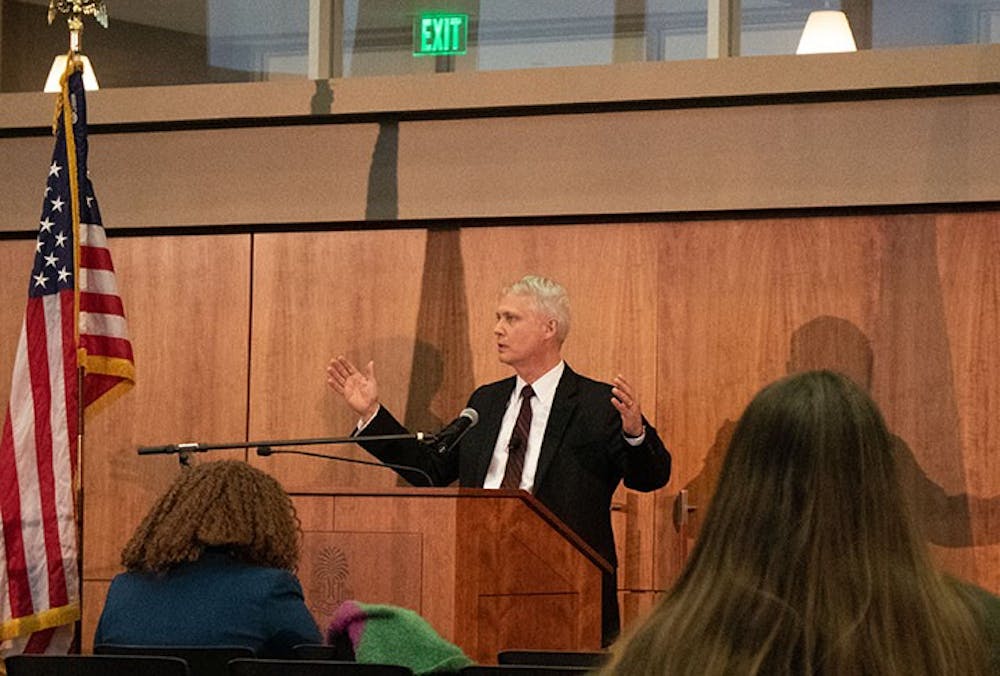 The search for USC’s next provost and vice president of academic affairs continued Thursday afternoon as the university hosted an open forum with candidate John Wiencek.

Wiencek, who is currently the provost and executive vice president of the University of Idaho, answered a variety of questions posed by both students and faculty.

One of the first problems Wiencek addressed was the upcoming enrollment cliff. The enrollment cliff references the sharp decline in U.S. birthrates in 2008, coinciding with the recession. While the economy may have rebounded after the recession, birthrates have not. This has led many to predict that in 2025, 18 years later, there will be a great decrease in the number of people attending colleges.

“Many institutions, really, are not prepared for that, and we will see programs and colleges and universities close, merge, or greatly reduce their efforts and the scope of their vision,” Wiencek said.

Wiencek said USC is preparing itself for that drop in enrollment.

"It has a lot of very positive forward momentum, it's financially stable, and it has plans to address these things head-on, and I think RCM is a major part of that solution,” Wiencek said.

An RCM, or responsibility center management system, introduces a social and environmental angle toward planning and budgeting.

Wiencek also spoke about special education, academic advising, online learning and how he planned on earning university membership in the Association of American Universities, an organization "composed of America's leading research universities."

Wiencek talked about how to gain membership and that it would be up to the state legislature to give the university more research funding as membership into the AAU is largely contingent on how much money an institution spends on research.

Wiencek referenced his experience at the University of Idaho as something he could bring to USC.

“The provost at a flagship can be extremely overwhelming, even at a non-flagship ... It’s just a big job, and it takes a while to figure out how to really pull a team together and move it forward. I think you would benefit tremendously from proven leadership, especially at a moment where you’re fragile now, and it’s important to have the momentum that you do have carry forward,” Wiencek said.

According to USC’s website, “The Provost is charged with the oversight of the University of South Carolina's graduate and undergraduate academic programs as well as curriculum development, program assessment and university accreditation.”

It is expected the provost will be chosen by university President Bob Caslen in late March.