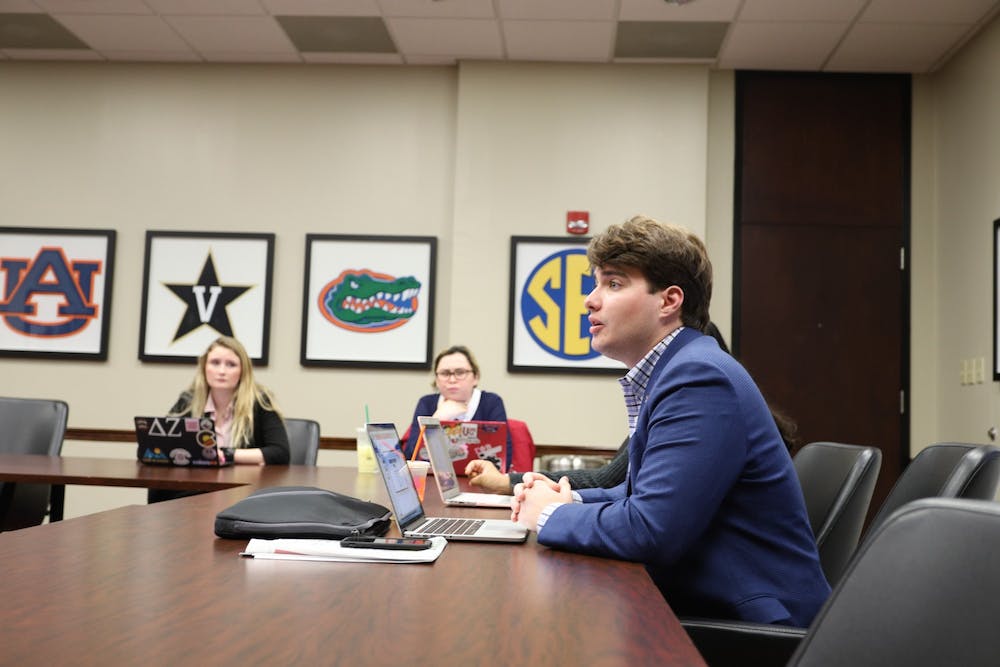 Rankin and secretary of government relations Janel Moore talked about the recent Congressional Advisory Board (CAB) trip to Washington D.C. There, the board’s members advocated to South Carolina legislators on a number of issues such as opioid abuse, diversity and inclusion and veteran student advocacy.

One of the most high-profile advocacy efforts of this year’s CAB was a bill calling for the creation of Centers of Excellence, points of contact at universities for veterans in higher education.

The bill was picked up by Senator Lindsey Graham’s office, Moore said.

“We’re excited that we kind of exposed them to some new legislation ... So, it was a great trip,” Moore said.

Additionally, secretary of CarolinaLIFE Ruth Bollinger unveiled new designs for graduation stoles for CarolinaLIFE students. CarolinaLIFE is a four-year certificate program offered by the university for students with diverse learning needs such as intellectual disabilities.

Bollinger said that although the program is within the College of Education, many CarolinaLIFE students spend most of their time elsewhere, hence the need for their own stoles.

“We work really hard in our different schools that we take classes in,” Bollinger said. “And, you know, making this change from allowing seniors to wear education tassels to wearing their own representation of being proud of their hard work should absolutely get recognition for it.”

Bollinger is the university’s first secretary of CarolinaLIFE. The program accepts four to eight freshmen per year, with a maximum capacity of 20 students total.