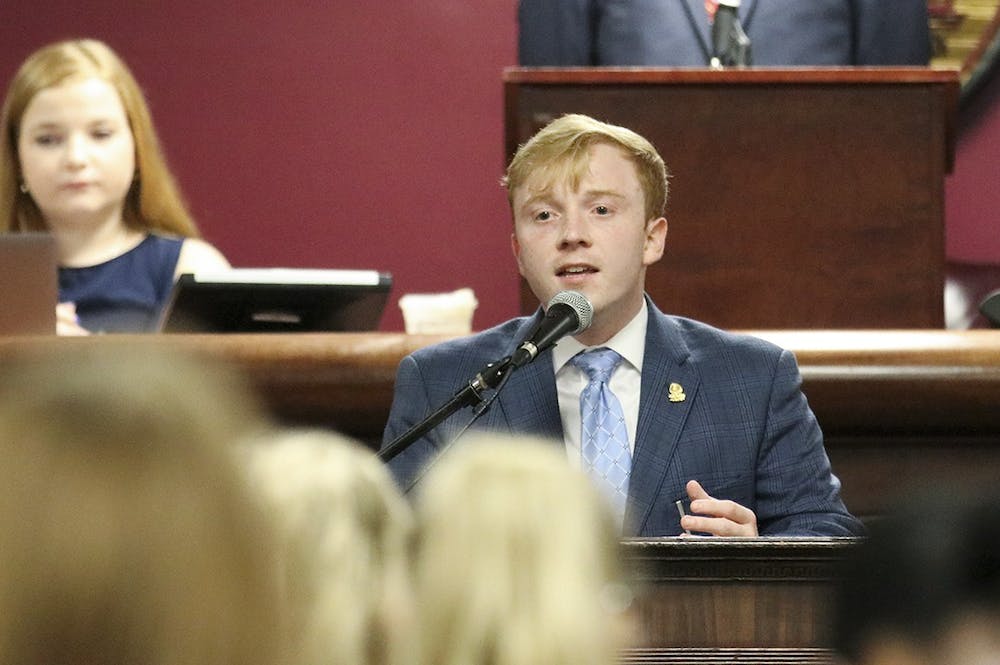 Following these updates, members of the executive cabinet submitted their final requests for initiative funding.

Alisa Parker, secretary of community relations, requested $277.75 in funding for pizza at a drive providing school supplies for North Camden High School students. The Kershaw County school was all but destroyed in January by a tornado. The request, however, was denied, due to a belief that only those who donated supplies would be receiving the pizza.

“When we require [students] to participate to get what they're paying for, which was the pizza, then that's problematic,” McDonald said. “If we wanted to offer them pizza that they didn't have to donate for, because it's their pizza, then they have a right to have it.”

The money for the pizza would have come out of the internal monetary fund, a fund dedicated to Student Government programming. This fund comes from the student activity fee, which all students contribute to, according to McDonald.

“This is a great event to help an incredible cause. This is, you know, a group of high school students that don't have a high school because of a tragedy that happened. And so, I hope that, you know, I hope that the event still happens without the pizza, and I'm sure that it will," Student Body President Luke Rankin said.

Rankin said the proposal’s rejection came from a misunderstanding.

“I think [Parker] was just caught a little off guard,” said Rankin. “She wanted to have as many students come and have pizza, so that incentives would be there for students to come and participate.”

To conclude the 111th student senate, Speaker of the Student Senate Davis Latham sent the senators off with a speech looking to the future.