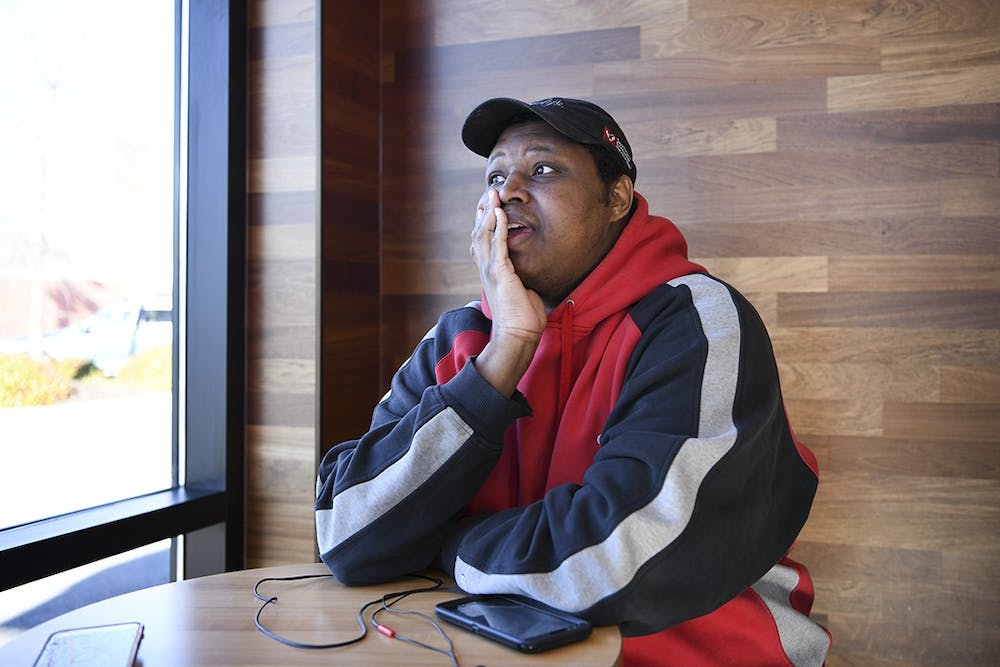 A group of USC students have started a GoFundMe campaign to raise money for a local Wendy's employee after his house was severely damaged in a fire. As of March 1, the fundraiser raised $6,305 toward its $75,000 goal.

Malcolm Coleman works at the Wendy's across from the Darla Moore School of Business. On Coleman’s birthday in January 2019, an electrical fire started in his living room and led to tens of thousands of dollars in damages to his home. Coleman and his mother escaped the fire, but the house became uninhabitable.

“It was just crazy and overwhelming, and it still just shakes me up sometimes,” Coleman said.

Due to a lapse in their insurance that left them unable to afford repairs, Coleman and his mother have stayed with family and friends over the past year.

“I’m not gonna be ungrateful for anything they do for me. I don’t care if it was a day. That was something,” Coleman said.

Coleman said they have tried to find new housing, but it hasn’t been possible with their combined incomes.

Coleman and his mother have endured a lot of emotional hardship along their housing problem, he said. Coleman’s father and both his older sisters have passed away, making him the "only living child of his mother."

“It’s kind of opened up old stuff because, you know, I wish my sisters were here to help us cope and deal with this situation,” Coleman said.

In the midst of this, Coleman works 5 p.m. to 2 a.m. at Wendy’s. His penchant for remembering the name of nearly every student that frequents Wendy’s has made him a cherished figure among USC students.

Third-year finance and risk management student Robert Caldaroni was the one who first learned about Coleman’s housing situation and started the GoFundMe campaign to help. Caldaroni said Coleman is “one of the many unsung heroes of the Carolina community.”

“Walking into Wendy’s, you’ll hear Malcolm just calling people by name in line before they even order and, kind of, talking with them. He has this really strange ability to, if he talks to you twice, he’ll remember your name and your order, which is just really special, honestly, for a lot of kids,” Caldaroni said.

“It’s not often that you meet somebody that treats you the way that Malcolm does, especially in a fast-food setting. He’s like the type of person that takes pride in what he does, and he really makes you want to come back,” Braz said.

Known for bringing joy to the students, Coleman said they do the same for him.

Despite his living situation, Coleman said he has stayed appreciative for what he and his mother still have.

“It could be way worse for us. We really can be homeless. You know, we are homeless technically, but we could be really homeless, on the street," Coleman said. "A lot of people are, so I’m not gonna complain about that because I know it could be beyond worse.”

Caldaroni said after he got more involved with helping Coleman, he and a group of students, including Braz, went to see the damage to Coleman’s home.

“It was honestly heartbreaking, just seeing it," Braz said. "The structure is still there and everything, but it’s just so beyond damaged. Everything was charred. He was like, ‘This is my room,’ and it was just this empty black space, and it was really sad to see."

Throughout last semester, Caldaroni, Braz and a few other students from Delta Sigma Pi business fraternity worked on the GoFundMe campaign, getting quotes from contractors and creating the campaign video. With the GoFundMe launched, they’ve been reaching out to the Darla Moore School of Business and other student organizations to raise awareness.

Braz said while they were making the video, Coleman maintained his humble and appreciative attitude.

“He would follow up whatever he said with, ‘Just know that I don’t take donations for granted. Like, I understand this is your hard-working money,' and it really meant the world to him that students would recognize him,” Braz said.

Coleman credited his attitude to God, his mother and his two late sisters.

“They helped instill in me and show the example that you treat everybody how you wanna be treated,” Coleman said.