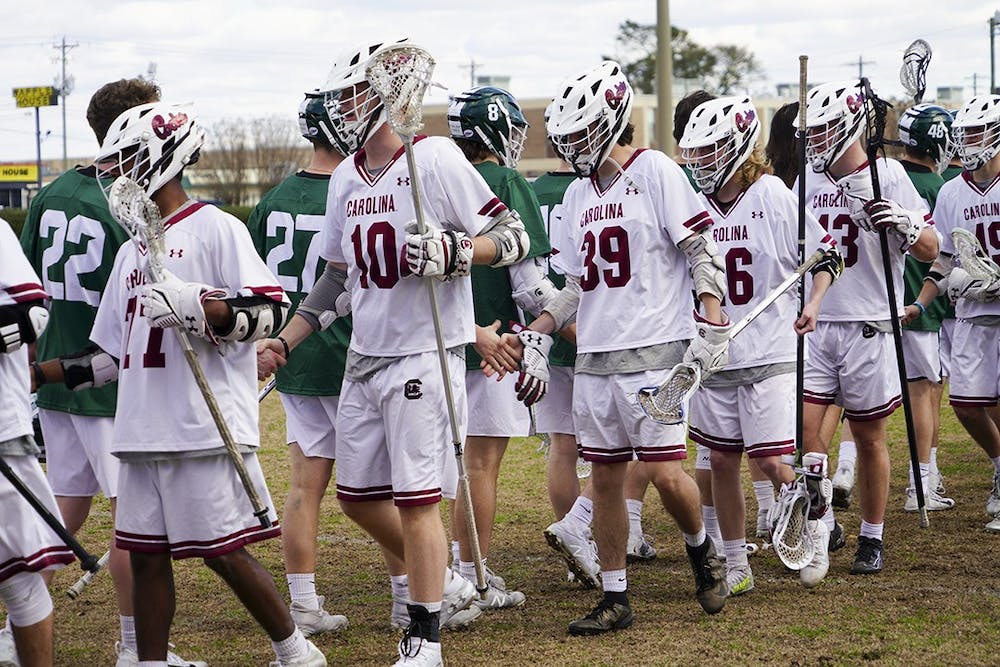 The Gamecock club lacrosse team is undefeated after winning its first nine games. The team has won by a margin of 6.8 goals each game and scored a season high 21 goals against LSU in Baton Rouge.

“I think we've done a good job of weathering storms. You know, we've taken different lessons from each weekend, has brought different challenges. I think we're doing a pretty good job as a team of weathering those challenges and learning from them. So, hopefully we are still building, and we haven't yet seen our best product, and we'll be putting that together towards the end of the season 'cause that's my hope,” head coach James Harkey said.

The Gamecocks had the closest match-up of the season in Tallahassee with Florida State with a 14-12 win.

“That was the first time this year that we'd gone against that kind of mental adversity in the setting of the game, and I thought we handled it well,” Harkey said. “I'm proud of our guys for rising to the challenge ... Every game gives us an opportunity to get better.”

Harkey said the team is "very fortunate" to have junior Derek Isaac. Isaac leads the Gamecock club lacrosse in face-offs with 147-44.

Harkey said that Issac has "been a big part" of the on-field chemistry.

"Derek Issac probably doesn't get the amount of recognition generally that he deserves, just a phenomenal job that he's done in the last three years," Harkey said. “He's been controlling possession all year and that allows us, certainly, the luxury of being able to play on offense a lot more than defense.”

The team had to replace former MCLA Player of the Year Colin Hains at the beginning of the season who graduated in 2019.

Harkey said in the preseason that junior Matt Butler could potentially replace Hains at the goalie position, but there was competition for the starting spot.

Through the team's first seven games, junior goalie Liam Peck made 79 saves, and Butler made 16.

According to Harkey, Butler has done a good job communicating on the field and said "communication is crucial on defense,” but Peck has an “uncanny ability to make a save and everybody looks around like, ‘how did he do that?'”

Senior midfielder Jordan Hummel has made 10 goals, three assists and 13 points in the first nine games.

"[Hummel] has been a guy that's contributed the last couple of years, but maybe not shown up on the stat sheet as much and he's, he's doing a great job, early in this season,” Harkey said.

Junior attack Quinten Green has made 14 goals, 10 assists and 24 points in the first nine games.

“Q has been having a great season, and, you know, he hasn't gotten a heck of a lot of time the last two years up until this year he's doing a good job in his role,” Harkey said.

However, Green's 14 goals are 14 behind team leader junior attack Sam Weis' goals, who has totaled 28 this season.

“[Weis'] statistics are coming from, as a byproduct of being a good leader, and he helps direct our offense, that enables him to get shots that he likes to see,” Harkey said.

The Gamecock club lacrosse team is currently No. 1 in the MCLA poll.

The team’s next games will be March 6 and 7 in Atlanta, Georgia, where South Carolina will take on Georgia Tech and New Hampshire.