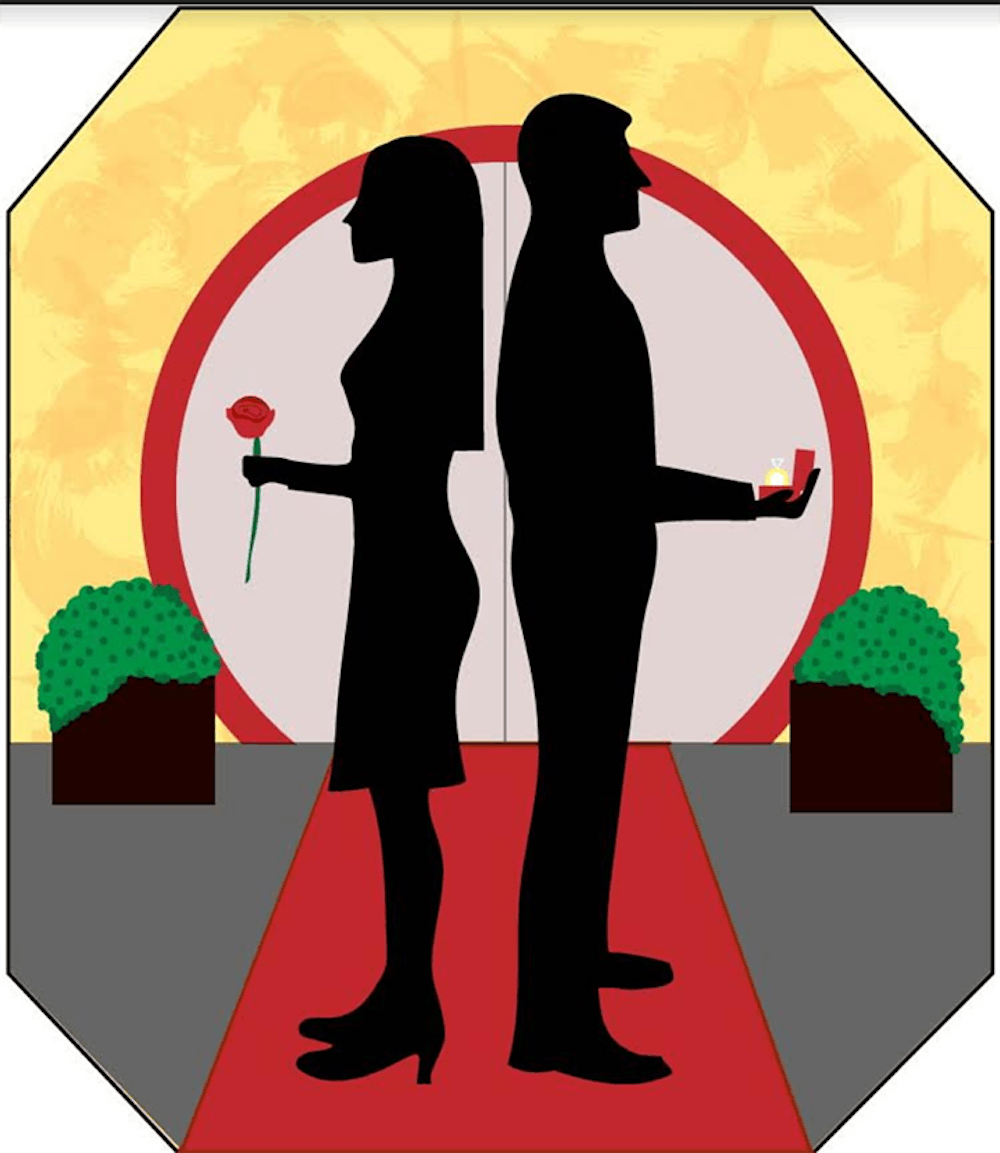 Review: Netflix's 'Love Is Blind' delivers drama, not much else

The idea of finding “the one” is something many people dream about. They imagine having a meet-cute with someone, going on a date and falling in love. A new Netflix show offers a new spin on reality dating shows, and it is stuffed with drama.

“Love Is Blind” has been very popular since its release right before Valentine’s Day. The show’s premise is testing the theory that love is based on connection, not physical appearance. With a cast of 15 men and 15 women, “Love Is Blind” aims to prove that theory correct.

In the show, a group of strangers are separated by gender and must go on a round of speed dates with someone in specially designed “pods” — rooms separated by a wall. They can speak to one another without seeing each other. After multiple dates, if both parties are ready, there is a proposal and they get to see each other face to face. Once the couple reaches this stage, they start living together and have about a month to decide if they want to get married.

I only started watching “Love Is Blind” because all my friends were talking about it, and I love a good, cringey reality show, but I was not expecting so much drama to be surrounded by genuine love and romance.

Some of the couples are so sweet and real that you have no choice but to root for them, while others are ruined by one person’s inability to commit to a total stranger. As the couples have sweet “aww” moments one minute, they are arguing about how slow to take their relationship the next.

It’s interesting to see how the couples change from talking through the wall in the pods to interacting face-to-face. Some of them face challenges such as height difference and uncertainty if their family and friends will accept an interracial relationship.

Throughout the 11 episodes, a total of six couples get engaged and plan to marry, but of course, it is not smooth sailing for all of the couples.

The best thing about “Love Is Blind” is that it captures all of those so-awkward-you-can’t-look-away moments. From the first few episodes that show the couples getting to know each other in the pods to the episodes at the altar, each is filled with drama.

Though “Love Is Blind” has those great reality show moments, it cut short the aspect that attracted so many of its viewers. The episodes involving the dating in the pods only stretched for the first few episodes.

So, while “Love Is Blind” delivers on its promise of a dramatic dating show like no other, it does not deliver on its promise to discover if love really is blind or not.