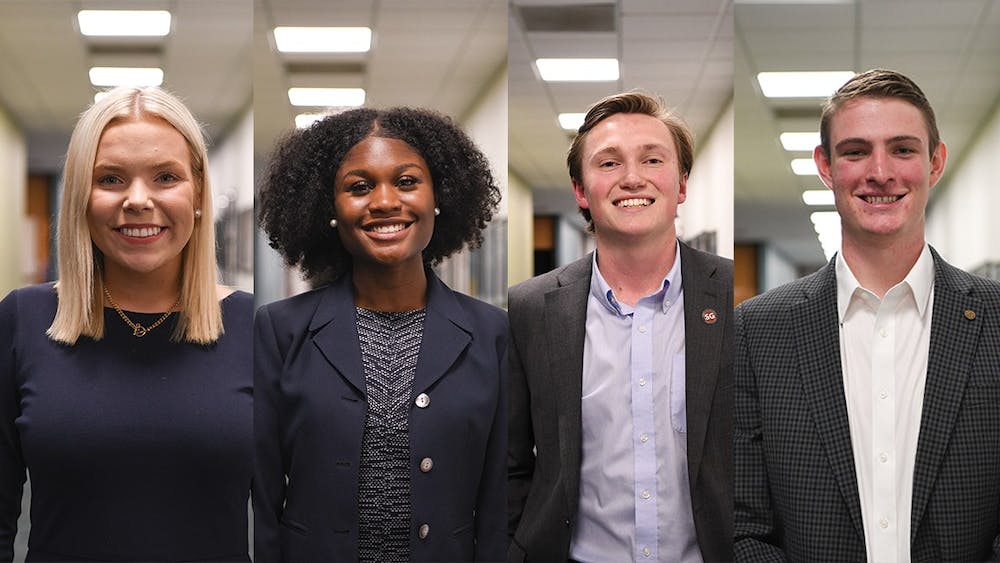 The inaugural ceremony was originally planned to be in the Russell House Theater, but due to the COVID-19 pandemic, it was conducted virtually.

Opening the ceremony, university President Bob Caslen faced technical issues with volume but was able to resolve them. In his statement, he thanked both the former and newly elected executive officers.

"This is a challenging time to begin your student body leadership, but you all have risen to the occasion with distinction," Caslen said. "You've conducted many interviews for your staff, you've worked together across the world all while balancing your academic responsibilities and maintaining your health and well being during this challenging time."

Both Caslen and Anna Edwards, associate vice president for Student Life, noted the executives are working from "all corners of the globe."

Rushton is from the Gold Coast, Australia, which is 14 hours ahead of Columbia, South Carolina. She is the first international student to serve as student body president.

Students serving in the 112th student senate were also inducted. Senate meetings for the rest of this semester will be held virtually.

Edwards closed the inauguration with words of advice for the newly inaugurated student leaders.

"As you all know, true leaders don't stand alone, they stand up to make tough decisions and they listen to those that they serve," Edwards said.