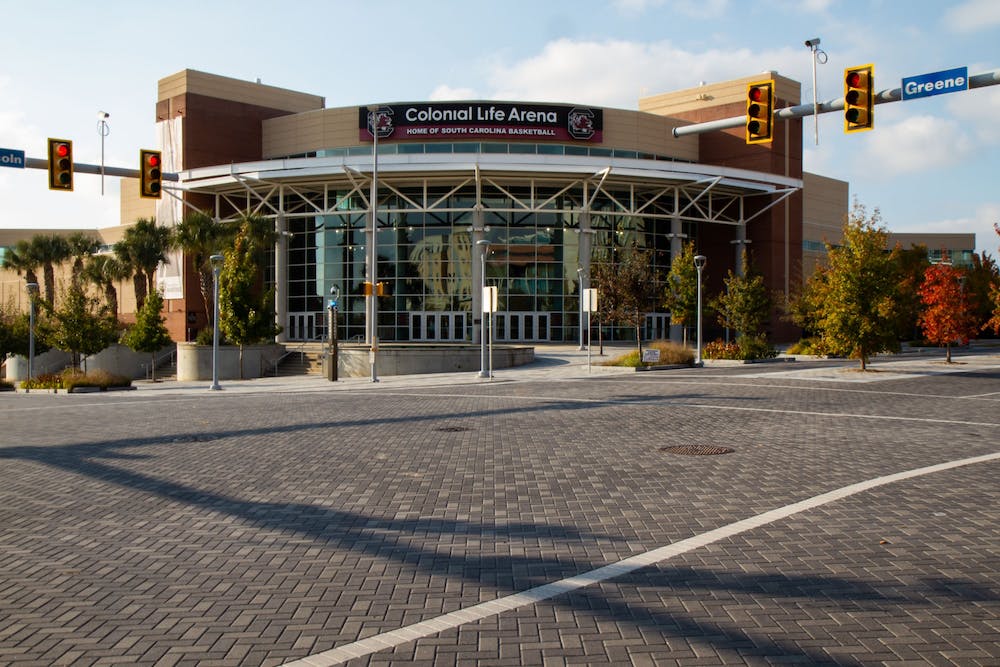 South Carolina athletic director Ray Tanner held a press conference Friday night in the Founders Park regarding issues surrounding the coronavirus (COVID-19) and how it will affect Gamecock athletics.

On Thursday, the NCAA decided to cancel the men’s and women’s basketball championships along with all spring sports championships. The SEC also decided to suspend all organized team activities through at least April 15.

“By suspending these activities during this time and cutting back on in-person campus instruction, we're doing our best to reduce the chances that the coronavirus, COVID-19, will spread in our community,” Tanner said.

Tanner said while he understands that student-athletes, coaches and fans are disappointed, the decision was made with an “abundance of caution” during a time like this.

Tanner said he “paused” when he found out that events played later in the academic year, such as the men’s and women’s College World Series, were canceled too. He said he thought the NCAA could’ve stopped and revisited spring sports championships at a different date.

As of now, it is unknown if spring sports such as baseball and softball will pick up if SEC schools are allowed to do so after April 15.

“This COVID-19 situation is fluid,” Tanner said. “You heard from the president of the United States today, you heard from our governor, we got two counties closed; schools are closing. It’s just to be determined.”

The NCAA recommended Friday that it will grant a seasonal competition waiver for spring sports athletes and that recruiting is to be halted until April 15. Tanner said “time will tell” if winter sports athletes will be granted this waiver as well.

Throughout the press conference, Tanner said his main focus was on the coronavirus, but he addressed some of the more minor issues, such as revenue loss and the possibility of the women’s basketball team being crowned national champions.

Tanner said there would likely be "blowback" if the Gamecocks claimed the 2020 women’s basketball national title, but he is not concerned about it right now. However, he said he is "proud" of what women’s basketball head coach Dawn Staley and her team have done this season.

Football has also been affected, as Tanner said the Pro Day that was planned for April 19 was canceled and the spring game slated for April 4 was postponed.

Tanner said it was important to keep Gamecock athletes healthy during this outbreak, and he said there is an unnamed South Carolina athlete that came from a level-three zone in self-quarantine and another unnamed athlete that has been tested for COVID-19.

“This is a very serious situation with the coronavirus,” Tanner said. “Hopefully, you know, this country goes through a time that other countries haven’t had the benefit, that has been detrimental and deadly, and we’ve had issues, certainly, in our state already, in two counties. That’s been highlighted. So, that’s been our focus.”