Dawn Staley talks cancelled tournament, looks ahead to next season 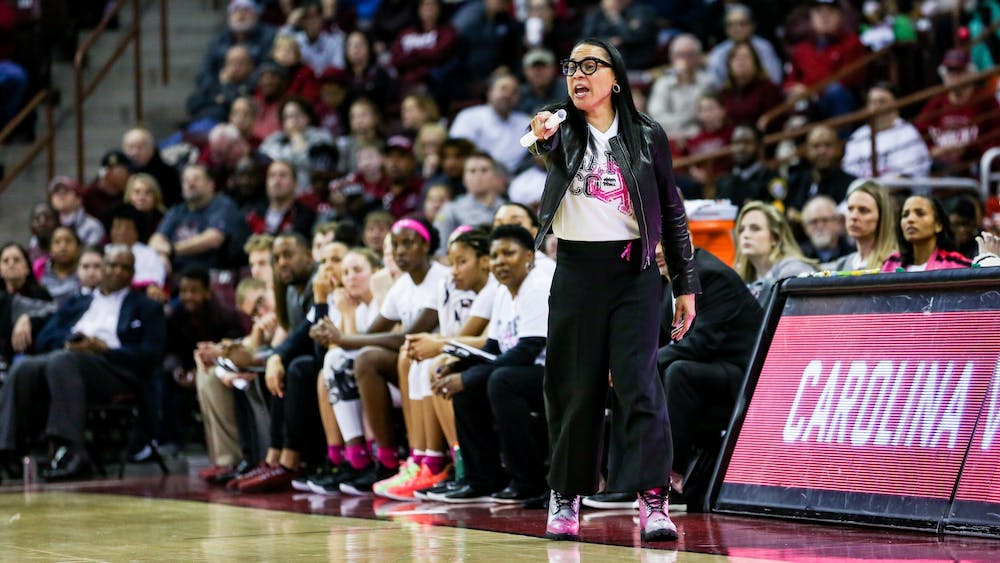 South Carolina women's basketball head coach Dawn Staley said she is ready to move on to next season.

In a teleconference on Thursday, Staley spoke about how she and her players have adjusted to the cancelled NCAA women's basketball tournament and how the COVID-19 pandemic has impacted recruiting.

"I'm over it, you know, obviously if you turn on the news and you see how many people are impacted by this, sports plays a small role, a very small role in what's happening in the overall scheme of the impact of COVID-19. So I'm moving on to next year," Staley said. "Just trying to create championship behavior through virtual meetings."

The coaching staff has weekly meetings to discuss recruiting and the state of their program, and the entire program, including staff and players, also continues to meet on a weekly basis. In addition to these meetings, Staley has also been in regular communication with recruits through phone calls, texting and FaceTime.

As of now It is unclear whether or not recruits will be able to visit USC's campus for an official tour before having to commit. Without this opportunity, they would not have the chance to connect with the current players in person.

"I think that's probably one of the best features of our team this particular era. I mean, our players, they wanna know, they're texting me, every time somebody goes into the transfer portal, they're like, 'Do we want them? Can we recruit them? What can I do?'" Staley said. "This is the type of team that we have. They are very invested in our program, our programs to now and the future."

Though player and recruit contact information cannot be shared, Staley said the players have been trying to do their best to connect with recruits over social media.

As the women's basketball team prepares to welcome new recruits, it is also parting with seniors Tyasha Harris and Mikiah Herbert Harrigan. According to Staley, the players are "bummed" the seniors did not have the chance to finish out their careers in the NCAA tournament. However, both are now looking ahead to what's next.

"They're resilient, so they've moved on to the next phase of their lives, which they're supposed to in getting ready for the WNBA draft," Staley said.

Harris is projected to be a strong candidate for a first-round draft pick, while Herbert Harrigan's stock has been consistently rising as the April 17 draft date approaches.

It is impossible to know how the team would have competed together has the tournament happened, but Staley said the Gamecocks' position as the undisputed No. 1 team in the country makes them national champion-worthy.

"If you had to give out a national championship, then we played up to that," Staley said. "We played up to being the number one team in the country."

Though the abrupt end to the season has taken a mental toll on everybody, Staley said, the game will eventually come back. When it does, she believes her team will get the chance to compete in another national championship "in the near future," not only because of their talent but also their "awareness" and "togetherness."

"They just really have a insatiable desire to get better and to compete and to win, and when you have that in young people," Staley said. "The sky is the limit."