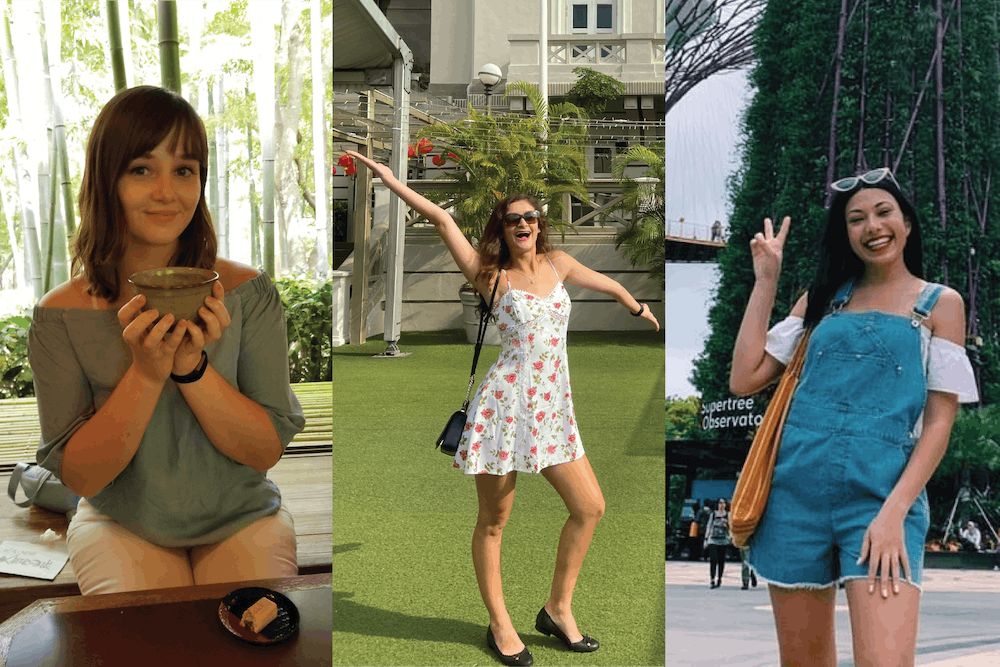 Students returned to the United States in droves after the Study Abroad Office advised them to come home in March. The Department of State had just issued a global “reconsider travel” advisory, the third of four advisory levels.

Yet even as COVID-19 gained traction and restrictions tightened, some students petitioned to stay.

Third-year international business and economics student Sarah Stone was set to begin her second semester in a row studying in Tokyo, Japan. She'd already been in the city for over six months when the Study Abroad Office contacted her, and she said she had good reason to stay. She believed she had the coronavirus.

“I was like, ‘You probably don't want me to come home right now.’ I was really worried about infecting my family if I were to come back, you know, staying in my house with my parents and my grandma," Stone said. "I was so worried about being a carrier.”

Third-year international business and marketing student Ellie Boan said she and her roommates immediately decided to petition the university once they were called home. They had been studying in Singapore since January.

“By that point, there was free testing and free treatment available to anybody in Singapore, regardless of whether you were a citizen, someone with a long-term resident pass like me or just a tourist who had wandered in,” Boan said. “Infection rates were very low in the country. They had already been practicing contact tracing and everything like that for months now, so we felt very secure and safe in Singapore and didn't see a reason to have to evacuate."

According to Boan, reports of the coronavirus had been present from nearly the start of her program, and her university responded quickly: large classes moved online, students were required to report their temperatures and any symptoms twice a day and several dorms were established as quarantines to ensure those who were symptomatic remained distant.

Boan said she was satisfied with her decision to stay in Singapore longer, but she did ultimately leave early once flights to the United States began cancelling.

At another university in Singapore, third-year international business, finance and management student Ashley Labrie's program was just getting started when Boan left. There were nine students studying at two universities when she arrived; now she was one of two.

Labrie said things were going well in the beginning, and the government was doing a good job at controlling the virus.

"But then it just ended up going up and skyrocketing, and they no longer could keep up with the cases," Labrie said. "During lockdown, yeah, they kind of encouraged people, like, if you see someone without a mask on, report it, or if you see someone going into a building to visit someone when they're not supposed to be visiting someone, the security guards would probably report it, and I think that's just a big part of Singaporean culture is adhering to the rules and if you see something wrong, reporting it. That's just a big part of who they are.”

April was not easy.

Stone lived in a single-person apartment. Her classes wouldn't start for another month. Most of the friends she'd made from the last semester had already gone home. Those who did stay were too busy with new jobs to spend time together, and even then, most didn’t want to go outside. She occupied her time by going for walks.

“I know you're supposed to stay inside, but I was gonna go crazy if I didn't get sunlight or something to do,” Stone said. “I wasn't in classes either then, so I literally had nothing to do. There was just sitting around.”

Despite the difficulties, Stone and Labrie said they made the right decisions to remain abroad.

Labrie eventually returned to the United States on May 1, a few weeks shy of her program's official end date. She was welcomed by some shocking sights.

People weren't wearing masks. They were socializing. Some were even throwing block parties.

That, she said, would not be acceptable in Singapore.