Board of trustees committee on finance discusses impact of COVID, cost-saving measures 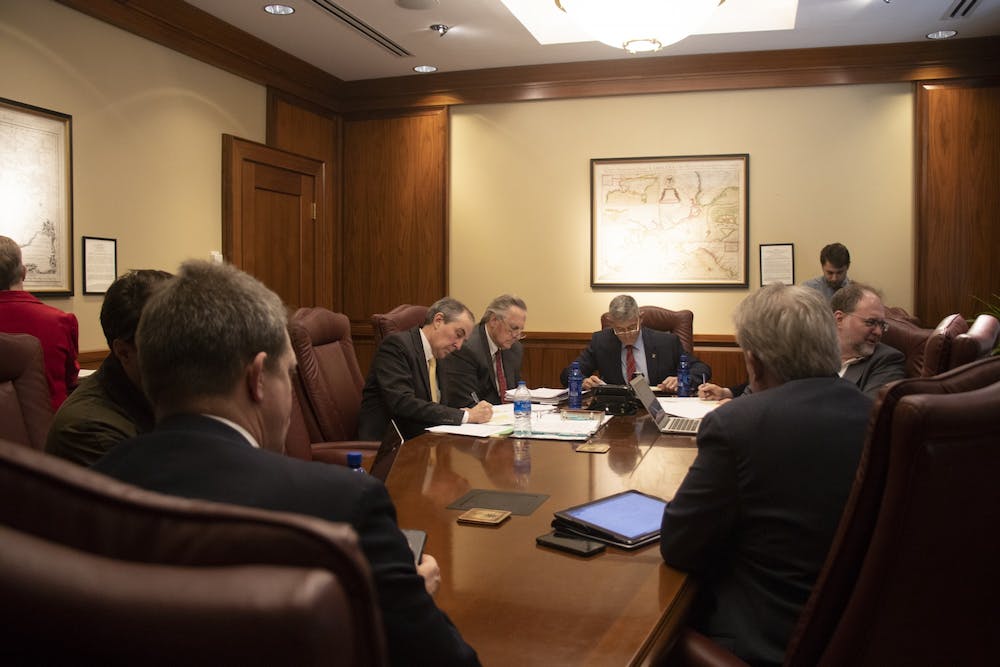 The ad hoc advisory committee on finance updated the board of trustees via teleconference on Thursday. While COVID-19 has left a sizable impact on the university’s budget, the committee expects the previously estimated revenue loss of $20 million to $40 million to remain the same.

Assistant Vice President and Chief of Staff for Division of Finance and Administration Joe Sobieralski, who led the update, said housing, parking and meal plan reimbursements make up the largest source of loss, accounting for $15.9 million on the Columbia campus. Systemwide, they account for $21 million in loss.

University President Bob Caslen said the next two weeks are “very volatile” and will be key in determining COVID-19’s fiscal impact on the university this fall.

Enrollment will play an important roll in the financial impact on the university. June 1 is the enrollment deadline.

According to Caslen, some reports have estimated 15 to 20% of American students are hesitant to return to campus and are considering gap years or other alternatives in the fall. USC has seen about a 10% drop in enrollment thus far.

Athletics is another major source of revenue loss. Athletics director Ray Tanner said all teams in the SEC are planning to play their schedules as intended, but they have prepared a number of contingency plans, from zero fans to regular capacity. An official decision regarding the football season will be made in July.

“We will be prepared with models to accommodate whatever the conditions warrant and whatever we can do with safety and health, well-being, things of paramount concern,” Tanner said. “We still have time on our side.”

Despite the revenue loss, Sobieralski said there are no anticipated significant increases in tuition and fees, and grant funding is not expected to be negatively impacted. However, a number of cost-saving strategies have been put in place.

Maintenance and other construction projects, including Campus Village, are indefinitely put on hold. Hiring freezes have been announced for vacant positions, and the number of temporary employees will be reduced.

“What president has mentioned previously, and I believe what we’re committed to, is making sure that, to the extent possible, the administrative units feel a little bit more of a significant amount of that impact,” Sobieralski said. “But obviously, we can’t cut to a point where we’re not offering the services necessary, so that’s a delicate balance that we’ll probably be having discussions with and making sure that we’re engaging a number of different populations in the conversation.”

Enrollment and state-provided aid will clarify cost-cutting measures by June 1. The committee is on track to release a budget for the 2021 fiscal year on June 19.

Correction on May 22 at 9 a.m.:  A previous version of the article incorrectly stated Joe Sobieralski's position. He is the Assistant Vice President and Chief of Staff for Division of Finance and Administration.