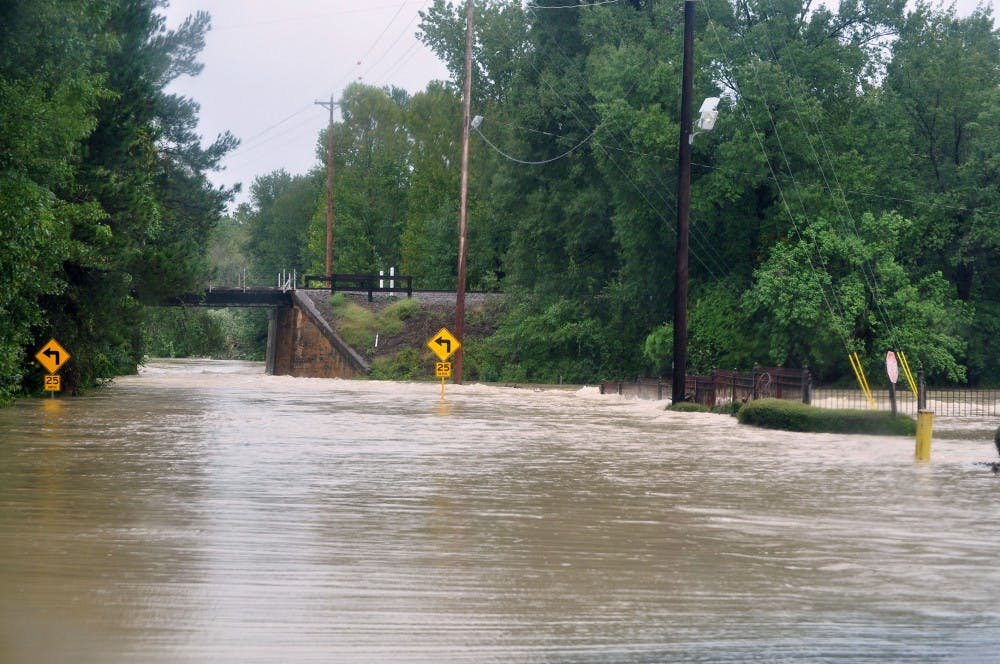 The city of Columbia is known for being famously hot — and famously flooded. Over the past four years, USC has closed for hurricanes, snow and tropical storms.

The university doesn’t get to decide to close for weather on its own, according to university spokesperson Jeff Stensland. USC has to follow the decisions of Richland County offices.

“By law, we follow the Richland County office closure policy for weather events, not the local K-12 school districts, and we cannot unilaterally close down campus," Stensland said. "This is always the source of a lot of confusion despite our ongoing efforts to let people know it is a county-driven decision."

Hurricane Matthew brought more than wind and rain to Columbia, South Carolina: It also brought evacuees from the College of Charleston.

The hurricane “was the most powerful storm of the 2016 Atlantic Hurricane Season,” according to the National Weather Service. It caused 29 deaths in the Carolinas, four of those in South Carolina, specifically.

Mary Watkins, who was a fourth-year student at the College of Charleston during the hurricane, was one of those who arrived that Wednesday in 2016. The bus ride took almost four hours for a trip that usually takes only two.

“Monday, all of our professors were like, ‘Class might be canceled Friday,’” Watkins said. “And then Tuesday ... all hell broke loose.”

Hurricane Florence canceled classes Sept. 11 to 15 in the fall of 2018. Florence was the wettest hurricane to date in the Carolinas, according to the National Weather Service. It made landfall on the North Carolina coast close to Wilmington.

The university also canceled class for Monday, Sept. 17, but had to reverse the decision after Richland County offices reopened for that Monday.

“I was pretty upset about that actually,” Waldrop said. “The teachers have already arranged their schedules planning on that day being gone. And then, so many professors canceled classes as it was that I don’t see why the university hosted classes anyways.”

Many students went home after the cancellation was announced Sept. 11. The university reversed its decision late on Sept. 15, which complicated students’ return. Waldrop said she thinks the change could have affected students' safety as they returned to campus.

“There were so many accidents and traffic,” Waldrop said. “It was a mess, so it’s really hard for students to get back on campus.”

This most recent weather cancellation resulted in a partial closure. Classes were canceled at 3:45 p.m. on Feb. 6 due to a severe thunderstorm that brought almost two inches of rain and some flooding to Columbia.

Third-year broadcast journalism student Anna-Austin Boyers’ lab had already started when the announcement came. Her class was doing a test and had to stay to finish it.

“That’s kind of all I could think about, was, ‘Oh, how am I gonna get home if this storm gets really bad,’ or, ‘What if I have to walk home and it’s pouring rain?’ So, it kind of just stressed me out, and I couldn’t really keep my mind on the test,” Boyers said.

Boyers had walked to campus that day from her apartment at Empire, about a 15- to 20-minute walk, according to Boyers. After trying to contact multiple people, she finally got ahold of her roommate, but still had to wait 20 minutes for a ride home.

Stensland said the university had to wait for Richland County government offices to close before classes could be canceled.