Class of 2020 Gamecocks give back 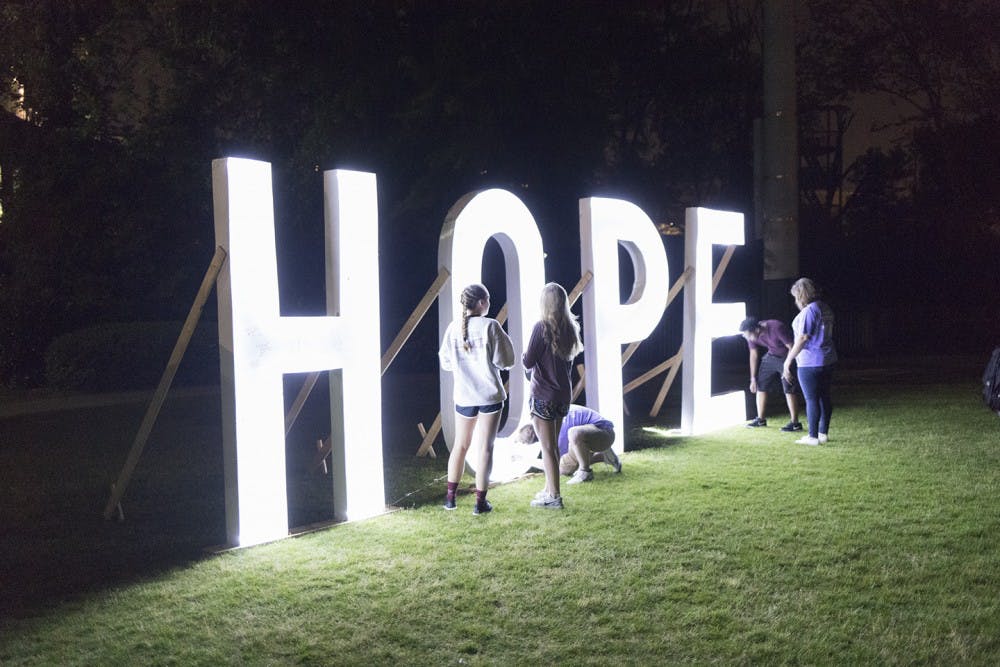 In this era of uncertainty, one thing remains steady: the compassion at the heart of the Gamecock community. Three philanthropies on campus — Dance Marathon, Relay for Life and St. Jude Up 'Til Dawn — spend countless hours smashing goals to raise money to improve the lives of others.

USC Dance Marathon (USCDM) is widely known for its success in raising over $1 million for Prisma Health Children's Hospital in 2018. The organization channeled this same energy for a second year, raising $1,016,822 in the 2019-2020 academic year.

In total, USCDM has raised over $3.8 million over the past four years.

Fourth-year public relations student Tori Canada has been involved with the organization since her freshman year and has previously served on the executive board.

"USCDM has given me my best friends and the most incredible role models," Canada said in an email interview. "It was because of the people in USCDM that I grew the confidence to chase my dreams."

Canada shared some of her favorite moments, one of which occurred at the last Main Event she attended.

"I had a lot of first time staff members on my committee and it was during Circle of Hope that they truly fell in love," Canada said. "You could see it in their eyes, even through the tears, you saw that passion and love. And while it was the end of my DM journey I knew it was just the start for them and I can't wait to watch them change the world."

Canada said the thing that unites the members of the organization is its common cause.

"Everyone joins student organizations for different reasons but with USCDM everyone joins for the exact same reason- they want to fight for the kids," Canada said.

Fourth-year elementary education student Alyssa Powers first became involved in Relay for Life, which fundraises for the American Cancer Society, when she started her own team at just 12 years old. After coming to USC, she found her way back to the organization in her junior year and eventually became co-director of the organization this year.

For this year, Relay for Life raised $94,910. The organization's initial goal was $200,000, but the pandemic got in the way of fundraising, Powers said in a text message.

Powers' favorite memory comes from Relay's own main event, held every year on Blatt Field from 5 p.m. to 5 a.m. Specifically, she loves the Luminaria ceremony, in which participants light Luminaria bags and walk a lap in silence to remember all those lost to cancer.

"It brings me to tears every time, since I was 12 years old doing it," Powers said. "It reminds you that we all do this for the same reason."

St. Jude Up 'Til Dawn

Shelby Keith is a fourth-year public health student and the executive director of St. Jude Up 'Til Dawn. The organization raises money for St. Jude Children's Research Hospital, specifically to benefit children suffering from cancer.

Unlike other philanthropies, St. Jude Up 'Til Dawn does not fundraise at its main event. The event is about celebrating the fundraising done throughout the year by, as the name suggests, staying up from 11 p.m. to 6 a.m., according to Keith.

The organization has ramped up fundraising, increasing the amount raised from $27,539 last year to $32,887 this year.

Along with raising money, Keith noted the organization's growth over the past few years included a larger executive board and an increase in attendance at the main event.

Keith's favorite memory was the "5k in a Day" challenge hosted this year. Through social media and email outreach, students were able to surpass their original goal and raise $6,000 for St. Jude.

"I think it's an amazing cause, and I will probably be a St. Jude donor the rest of my life," Keith said.

Emma Dooling contributed to the reporting of this article.