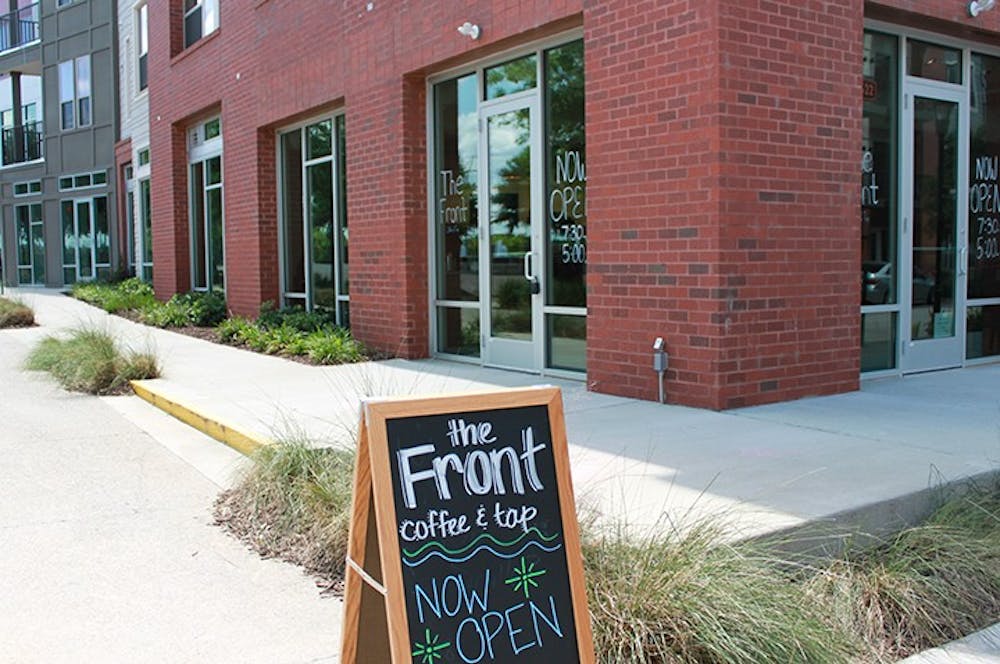 The Front Coffee and Tap just opened its doors in the CanalSide apartment development next to the Congaree River.

The owner, Sean Powers, graduated from USC in 2019. He was expecting to work for Exxon or Boeing, but he ended up opening the cafe instead.

“I got sent this really awesome opportunity to work with a beach company where they provide me the resources to build, operate and own this coffee shop,” Powers said. “Between that and my job offers, I figured this would be the best experience to learn all the aspects around a business.”

Powers believes Columbia is the only place he could’ve opened a new business in a time like this.

“I’ve never really lived anywhere for that long until we moved to Lexington seven years ago, so now I’ve lived in this area longer than I’ve lived anywhere else, and I really appreciate and love this community," he said. "It’s become really important to me."

Powers initially planned to open the shop in August 2019, but getting a lease took longer than expected.

The COVID-19 pandemic also delayed the opening of the shop, which was originally planned for March 27.

“Despite that, it gave us time to get more prepared and be ready," Powers said.

Powers plans to open indoor seating on Monday while maintaining social distancing. The employees have been asked to wash their hands often and wear masks.

Audrey Hill, a third-year public relations student, is a barista and a communications and marketing intern at The Front. She said she loves getting to talk with customers and believes The Front will make a big impact in Columbia.

“We want to create community between local residents, and our location by the Congaree river and river walk is perfect for people looking for a convenient cup of coffee after a beautiful day on the river,” Hill said in an email interview.

The Front offers coffee and tea from locally sourced coffee wholesalers along with baked goods from Ally & Eloise, a local bakery. The Front is also looking to get its alcohol license soon so it can also serve locally crafted beer and wine.

Morgan Lill, a third-year marketing and supply chain student, visited the store and thoroughly enjoyed it.

"I've never been over that way, so that was really cool. It's in a super cute area, with all of the outside room to sit down," Lill said.

The cafe is one of the first stores to open in its area of Columbia. Powers hopes that the opening of the store will encourage more businesses to establish themselves on the riverfront.

“This location, specifically, is fantastic. It’s right by the riverfront," Powers said. “To me, the river is a really important part of Columbia and is really central to it.”

The Front Coffee and Tap is located on 622 Canalside St.