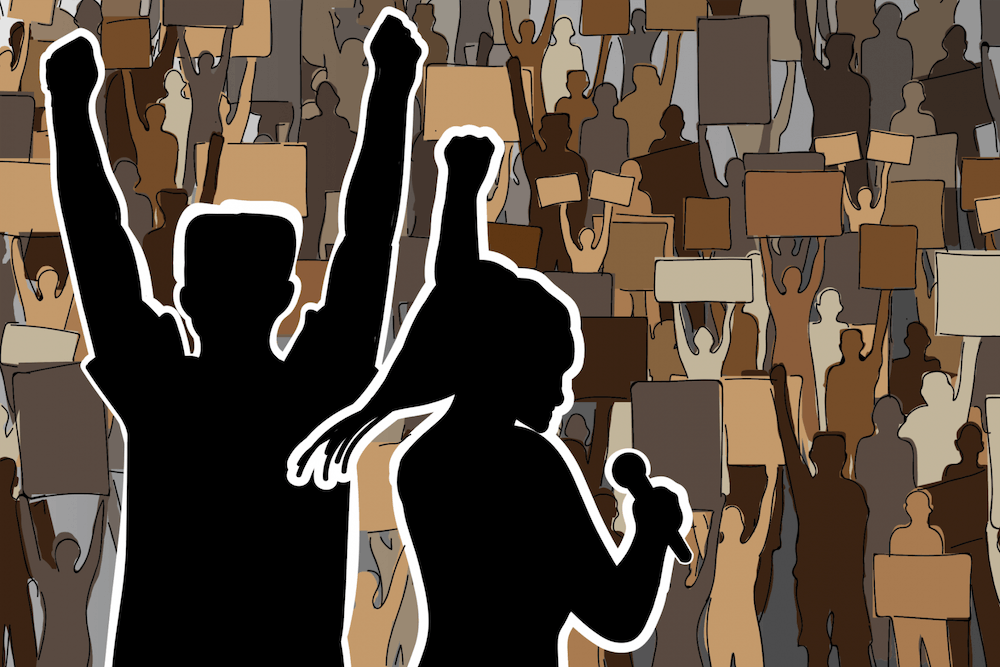 The recent protests in Columbia are emblematic of a struggle against police brutality and racism nationwide. Even in our state’s smaller communities, that struggle can be seen through local protest organizing.

Walter Wheeler and Desiree Bailey, both third-year students at USC, have been leading the fight for change in the town of Bluffton, South Carolina, since their senior year of high school, when the pair led a walk-out protest for the March for Our Lives movement.

After getting an in-school suspension for this protest, Bailey realized progress can be hard to come by in a town like Bluffton, she said.

“[Bluffton] is very red, it’s very Republican, it's very conservative, so you don’t really get a lot of movement here. So when you do, it’s kind of a shock to everyone,” Bailey said.

Now, Wheeler and Bailey have led protests of over 150 people down the streets of Bluffton. A protest on Wednesday saw an especially lively group, Wheeler said.

“We went on a nice 2-mile march, chanting our lungs out, and me, Desiree, and a few others were kind of leading those chants right through Old Town,” Wheeler said.

In addition to leading protests, Wheeler and Bailey have formed specific demands for the city of Bluffton, including forming a committee to help elect police chiefs and keep track of complaints against officers. These measures will allow for a better relationship between the community and police, Wheeler said.

“In Bluffton and most towns, the police department is what's funded most by the taxpayers’ money. That's where most of your money’s going — to fund the police,” Wheeler said. “I feel like as a community, if you have representation from the community to help like just actually fully elect … we can actually have a say in who the next chief is.”

The transparency a group such as this would bring is also important, Bailey said.

“We need to be holding people accountable because these people are supposed to be protecting us,” she said.

The pair is also interested in changing the problematic names of several of Bluffton’s streets and neighborhoods, particularly those including the word “plantation.”

Upon meeting with Bluffton’s mayor, though, Bailey and Wheeler were met with some opposition to their requests. They asked that the name of Calhoun Street, named for prominent Confederate John C. Calhoun, be changed.

“When we brought that up to the mayor you could tell she had a little bit of pushback,” Wheeler said, “and if you ask anybody in Bluffton, Calhoun Street’s the main road in Old Town Bluffton, and so getting that changed, there would be a lot of people mad. But it’s definitely the right thing to do."

Still, despite the opposition, Bailey said they aim to accomplish these short-term goals.

“That’s all we’re asking, is change right now, so we can talk about change later,” Bailey said.

Although youth are the future of advocacy, said Lawrence Nathaniel, “nothing’s ever short-term when fighting for civil rights."

Nathaniel is the president of People Demand Action, a nonprofit activist organization.

The key, Nathaniel said, is allowing young change-makers, such as Wheeler and Bailey, to cooperate with older generations of activists.

“We’re fighting a new battle in this generation. It’s the same battle, but is in a different environment, and has control over a different generation,” Nathaniel said.

“Organize,” he said. “If you feel a passion for something, just go out and turn your passion into a movement. The movement is not an organization, and that's the thing that scares a lot of young people off ... it’s each individual person.”

And one day, Bailey said, their determination will pay off.