'Grab and Go' plan not sustainable: How sustainability leaders will overcome challenge 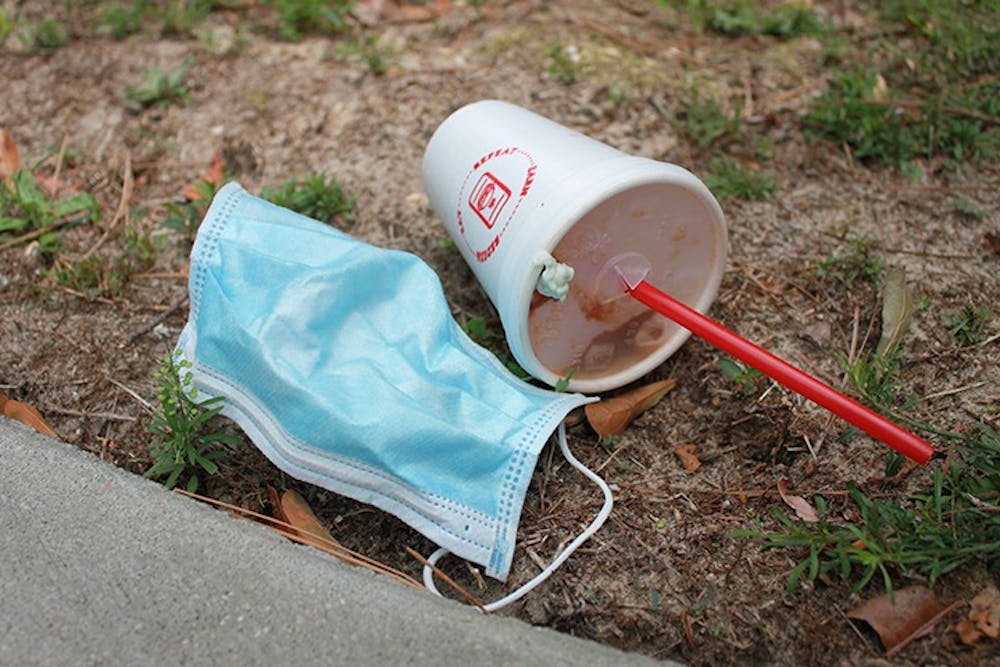 When President Caslen announced in early May that dining practices would be "grab and go" styles, leaders of campus sustainability raised concerns that these new practices might not be the most sustainable option.

Larry Cook, director of the Office of Sustainability, said he didn't hear about this new plan until Caslen announced it to the student body.

The Office of Sustainability is not represented on the Future Planning Group (FPG) for the return in the fall. Cook said he feels "very strongly" that the FPG should consider sustainability.

"I understand that it's very difficult to whittle down the group of people that can be on committees like that and still be effective," Cook said. "I fully believe that sustainability should be represented; I understand why we haven't been, and I continue to work to, kind of, bring sustainability to the forefront of the conversation where I can."

Cook said he has not had conversations with dining or Aramark about what kind of material will be used for the takeout containers. He said the office would "encourage them to explore compostability and other potential waste aversion tactics."

Historically, the Office of Sustainability has had a good relationship with Aramark, and they have seen "a lot of improvements," Cook said.

The Daily Gamecock reached out to Carolina Food Co.'s sustainability coordinator,  Scott Warner, several times for comment. Warner couldn't be reached, but an Aramark representative said in an email there are no "details to share at this time" on its plans for sustainability.

The Daily Gamecock also received a 'Sustainability and COVID' update from Aramark through Jeff Stensland, the university spokesperson. It does not mention specific plans that would be carried out in the fall.

Grace Kazmierski, assistant director for Student Engagement, said one way to overcome the pandemic's challenges is to educate students on sustainability.

"I think with everything that's gone on this semester with the pandemic, it is a really good opportunity for us to rethink how we are doing things and an opportunity to incorporate sustainability in things that might not have been inherently sustainable in the past," Kazmierski said.

This year, the Office of Sustainability will host a presentation called Sustainability 101 as part of the University 101 Campus Partner Presentations. Kazmierski said she hopes this opportunity will teach students about recycling and "how to live more sustainably" in all parts of their life.

Maggie Gaspar, the chief officer of sustainability for the Residence Hall Association, said this situation calls for more student involvement.

"Since it is going to be all takeout, it's going to be more up to us, as students, to recycle and compost, and all of those sustainability measures are on us now," Gaspar, a second-year marine science student, said. "We really do have to step up on educating the people now, 'cause it's now in our hands."

Gaspar said she is considering the idea of having "better-labeled" recycling and composting bins around campus.

"If you can at least show up to the dining hall with your own forks, knives, napkins and cups, at least that would eliminate some of the waste," Windsor said. "But we have to, at the same time, though, be respectful of what Aramark thinks is safe."

In past years, vendors on campus such as Starbucks have allowed students to use their own cups. Windsor said she thinks Starbucks' sustainability plans for next semester will primarily be based on Aramark's or corporation guidelines.

Windsor said there "could have been more direct communication" between Caslen's administration and the Office of Sustainability.

"I don't think — the relationship between the Office of Sustainability and President Caslen's office and administration hasn't really seen a formal tie yet in partnership, so I think that's kind of part of the reason," Windsor said.

Cook said he recognizes the amount of uncertainty the pandemic has caused with plans for the upcoming semester.

"The important thing for me, and what our office's message will be, is that this is temporary," Cook said.