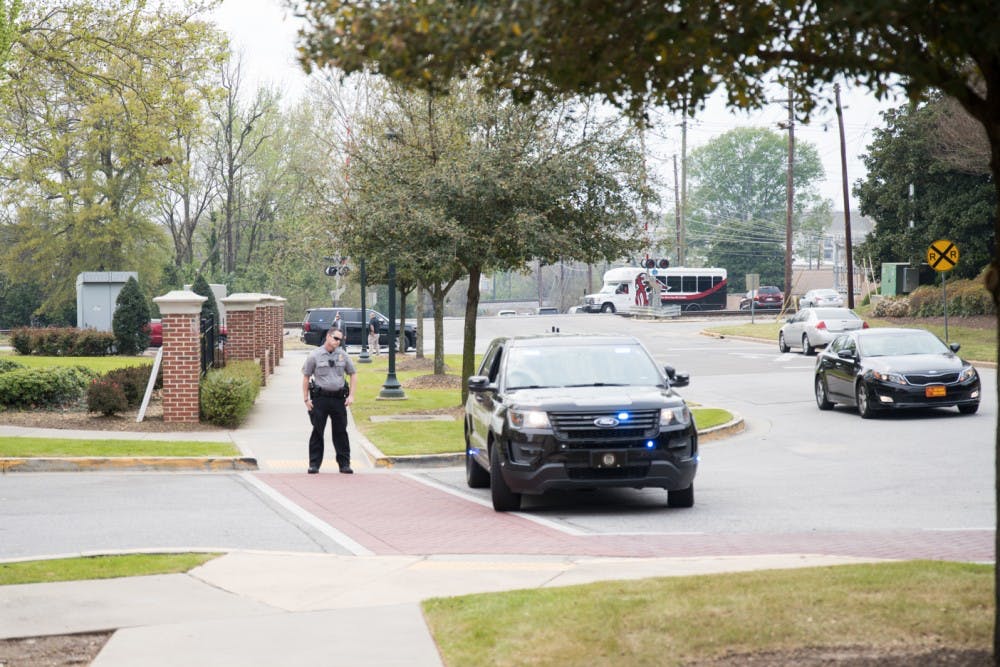 CALEA’s purpose, accreditor Paul Willingham said, is to “go and visit agencies around the country who have voluntarily opened their books, if you will, and their agencies, for strangers.”

The process is voluntary, according to Willingham, who is also chief of police for Lone Star College. Agencies who wish to be accredited by CALEA enroll in the program themselves.

“What you normally find is that agencies that are involved already have a good idea of where they want to be and what they want to do and the quality that they want to have,” he said. “They just want an outside entity to review and declare it."

CALEA does not enforce methods of reaching its 484 standards, only that those standards are reached, said director of client services Travis Parrish.

With the current protests, the agency is trying to be “on top” of hot-button issues, according to Willingham. However, the actual process of change within the international agency is not an immediate one, he said.

“It's not one of those things where you can just quickly, ‘Oh, we're going to start, we're going to outlaw this for everybody,'" Willingham said. "It doesn't really work that way. There has to be a process involved before they make any changes to their standards."

Given that CALEA’s conferences occur three times a year, Parrish estimated that a change in policy would take at least three months to begin to be instituted, after going through multiple levels of committees.

On a local level, USCPD has begun examining certain aspects of their own policies, said USCPD police captain Eric Grabski. Grabski likened adhering to all of CALEA’s standards to personal finance.

Topics such as use of force and means of monitoring officers’ behavior are being examined, Grabski said.

CALEA’s standards, Parrish said, are most useful in this way — they require that agencies report officers’ activities on a regular basis.

“It’s really a management tool for the CEO,” Parrish said. “You can go in there and say ‘OK, I'm looking at data, and I've got this number of uses of force this month,' and then all of a sudden they skyrocket next month. I can go back and say, ‘Wait, what's going on here?’ and I can see the change that was made by the commander or the lieutenant.”

Additionally, law enforcement agencies on campuses are bound to additional rules and recommendations by CALEA. One of the main differences between on-campus and off-campus law enforcement, Grabski said, is engagement with the campus as a whole.

“We try to have a connection with our students, not just through a website or social media but physical connection, like being in the same room, or being on the same street, or being in front of Russell house or being at the library,” Grabski said.

And for this community to stay harmonious in the fall, Grabski said, communication is going to be important, including acknowledging the discomfort students may have around police officers.