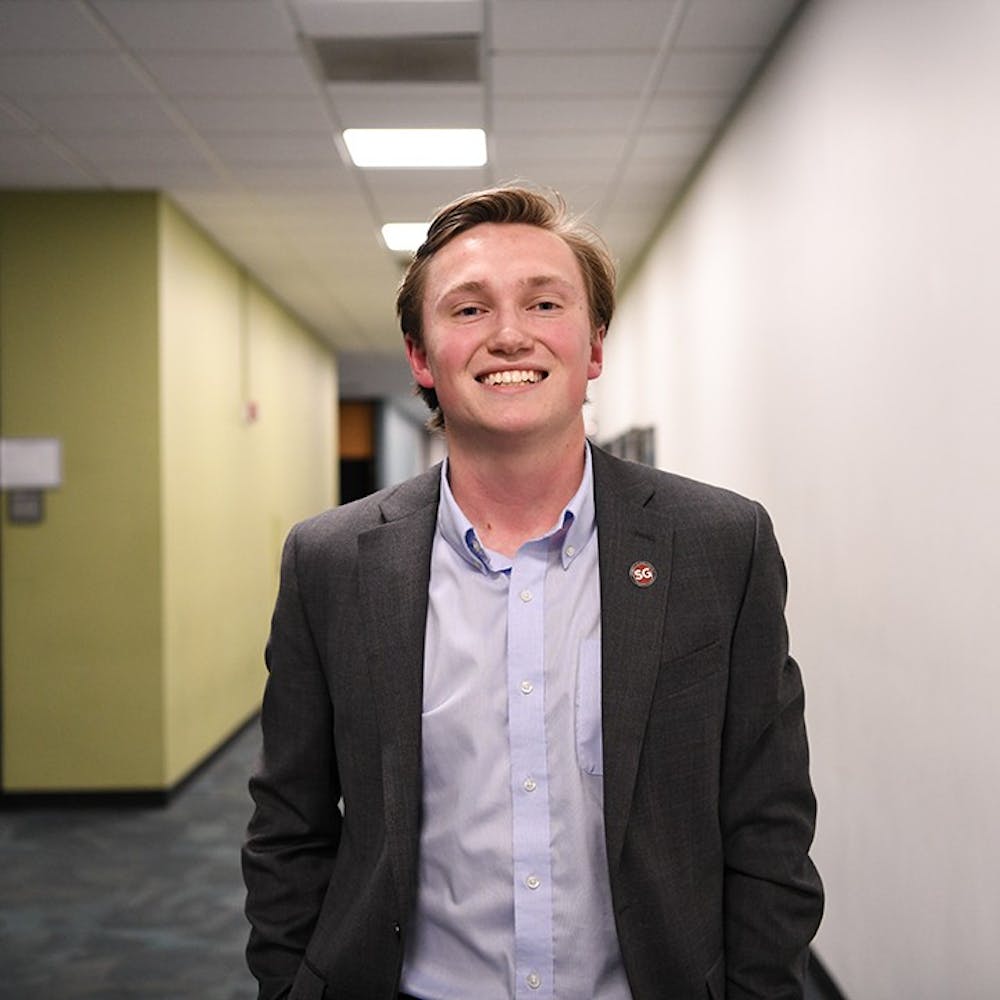 Highways were less prevalent. Barbecue was all pork. Gas stations didn’t double as massive beaver-emblazoned convenience stores. And the music scene was sorely lacking. Raised in Austin, Texas, Caden Askew noticed some immediate differences when he moved to the Carolinas in 2017.

“Something that I got really used to in Austin is everywhere you go, there's live music,” Askew, now a third-year finance and economics student, said. “Austin claims to be the live music capital of the world. It's kind of true in the sense that you can go to any restaurant, even if it's a chain, if it's whatever, there's always just a guy with a guitar and an amp, just sitting in the corner kind of strumming away.”

Moving cities was a big transition as an incoming high school senior, but Askew was up to the challenge. In fact, many of what he considers to be his best decisions came as a result of his openness to change and the challenges it brings.

USC was not his first choice. After moving to Charlotte, his goal was to enroll at Chapel Hill. His extracurriculars, his GPA, his test scores — everything pointed to Chapel Hill as the next step in his education, and he worked hard to remain competitive.

But he didn’t get in.

“That was crushing for me,” Askew said. “I’m blessed to say this, but I really hadn’t had a point in my life until that point where I’d really faced denial or, like, I’d really faced somebody telling me ‘no,’ which I get is a really, I guess, privileged thing to say, but that was a real wakeup call.”

The experience taught him “to be gracious in denial” and to understand that, even when doing everything in his power to achieve a goal, some things are ultimately out of his control.

“At the end of the day, even if this doesn't work out right, there's a lot of things in my life that have worked out right, including coming to South Carolina,” Askew said. "I've learned a lot to just trust in that.”

According to third-year statistics and economics student Sam Courson, who serves as Askew’s chief comptroller, Askew has never been afraid of a challenge.

“He actually welcomes it in a healthy way. He understands that opposition fosters growth, and so I think he’s never been shy to that opposition, which I think is an admirable characteristic about him,” Courson said.

After shifting his attention to USC, Askew applied for the Finance Scholars Program, a selective program of 20 to 30 students.

The workload is rigorous: long hours spent at the trading lab, projects on a weekly basis and models with a quick turnaround are just some defining aspects. It was, in Askew’s words, a “beautiful hell.”

“And I absolutely loved it,” he said.

"I feel like a lot of things that were handed are too easy for him, so he wants to challenge himself so that he can learn more and grow," Minson said. "Because I think a lot of the times, in just general situations, he might not be as challenged and put in environments where he can get better."

Student Government was never on Askew's radar. He joined the organization as a favor to a fraternity brother, but he would soon fall in love with the people and the work. Like USC, it was a happy accident.

In March, he was elected student body treasurer. Attending USC is the happiest decision he’s made in his life, he said.