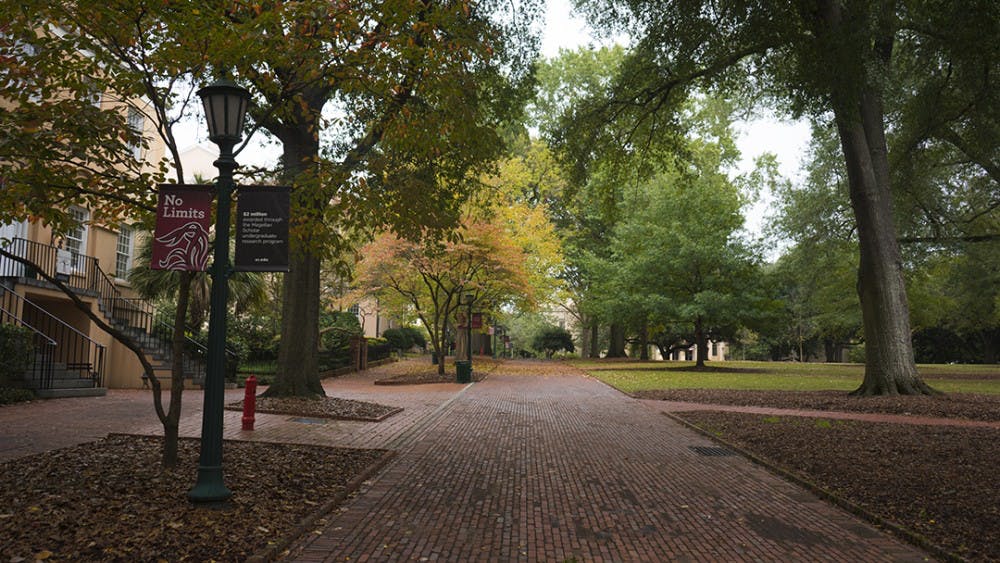 Following President Bob Caslen’s announcement on May 31 that USC will now require a diversity module for incoming freshmen, many students said it cannot be the only solution when it comes to diversity and discrimination on campus.

“I definitely don't think it's enough, but I think it's a great start to amplify diversity and inclusion in education at the university,” Kayla King, a second-year political science student said.

Multiple students said that having conversations surrounding race and discrimination on campus would help educate their peers.

“You at least try to have and try to start that conversation because a lot of people come from families where they don’t really speak on race, and it’s just inherent, and they have inherent racism,” Justin Walker, a second-year business student, said. “You put the bias that they never had to judge before and they don’t know why they feel the way they do. They just do, because they never had a chance to talk about it or be told that is wrong and that it should be changed.”

Caslen said in an email sent to students on June 8 that when he was at West Point he started 'Hot Topics' conversations centered around understanding racism in a respectful environment.

"I want to bring these types of conversations to our campus this fall through the Dive-In Lunch series, the Welcome Table SC, and other such activities focused on open, honest dialogue," Caslen said.

The Dive-In Lunch series was started by President Emeritus Harris Pastides. Caslen continued this series, hosting it monthly with faculty, students, staff and university administrators, and conversations focus on improving diversity and inclusion efforts on campus.

Welcome Table SC started following the aftermath of the shooting in the Mother Emanuel church in Charleston. In these sessions, facilitators lead a discussion about racial divisions and improving race relations. The first session was held in spring 2017.

Xavier Peguese, a second-year sport and entertainment management student, said he has recently been thinking about the quote “don’t judge a book by its cover.”

“If you see a black person on campus at a predominantly white institution, don’t think they don't belong there or don't automatically think like 'Oh, they go to Benedict down the street, they're just here for the weekend,' or whatever,” Peguese said.

Students like Walker said there is nothing the university can really do to make other students feel how minority students feel and understand their experiences.

“They just kind of do it just to get it over with because you have to do it in order to register for classes,” Zana said. “So I feel like a lot of people are going to treat this diversity module the same way, which is sad to say, but I kind of expect students to treat it the same way.”

Both modules are taken during USC students’ first semester on campus and are mandatory before registering for classes.

“I think it's a start, but I don't think it's enough,” Walker said. “I think it’s a lot more than just taking a module 'cause we still have people who go out and get real drunk and drink irresponsibly and people who might have sexual misconduct on campus even though they took the other modules.”

Peguese said the diversity module should be required for all students.

“It can’t just be incoming freshmen,” Peguese said. “I think it's supposed to be rising sophomores, rising juniors, rising seniors, because what they major in, when they go off to graduate school, they’re going to be working with different ethnicities, different groups, different people from different stories.”

Zana said USC could offer more safe spaces and organizations for people of color on campus to talk about racial issues.

”In these safe spaces, students should be able to feel comfortable expressing themselves and knowing that this will not leave outside of the safe space, like it stays here, whatever we talk about here, it stays here," Zana said.

The university should consider renaming buildings that are named after people who have a racist history in order to amplify diversity and condemn racism, King said.

Many petitions to rename buildings have been circulating on social media. As of June 7, the petition to rename Strom Thurmond Wellness and Fitness Center has over 7,000 signatures.

“Not only do we need change on our campus, but we are at a time where the country needs to change,” Walker said, "and I think people don't really acknowledge that if you don't have conversations about it.”