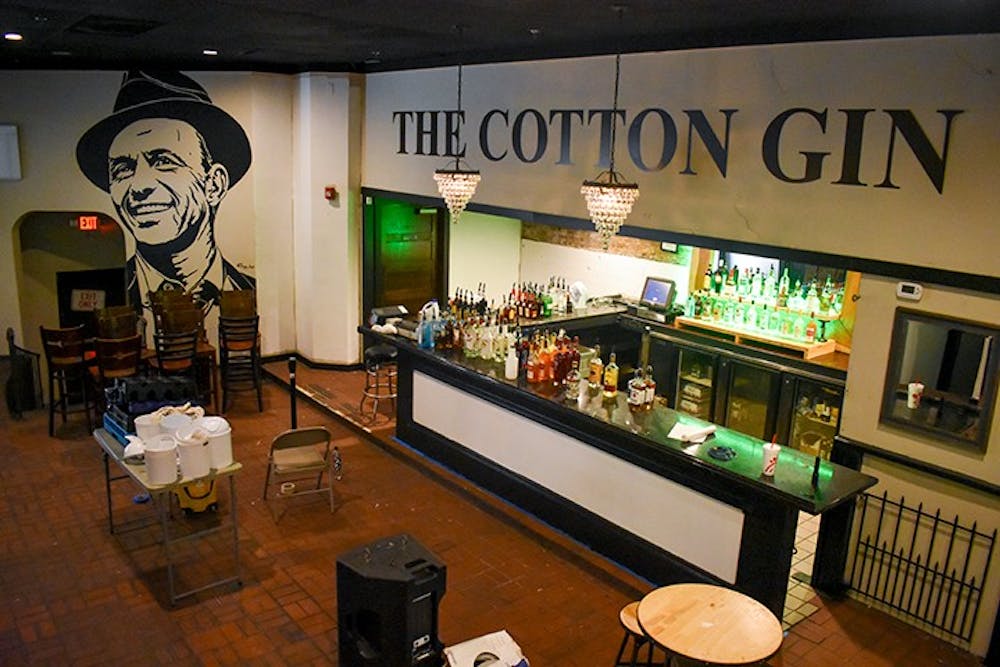 When Cotton Gin’s general manager decided to rebrand the business during the pandemic, he knew he wanted to center it around two wall murals of Frank Sinatra and Sammy Davis Jr. that have been inside the bar for four years.

“We are going with The Great Gatsby, gangster, roaring 20s, black and white motif because we already have these murals here,” general manager Thomas Dugas, who started his position in January, said.

What he didn’t know was that on Twitter, Cotton Gin would gain over 600 followers in two weeks.

Dugas said he was trying to emulate Wendy’s social media strategy by being “rude” while also showing the renovations.

“I was trying to be funny, but I think it came off in a way that was misconstrued,” Dugas, who runs the Twitter account, said.

Hannah Oliver, a fourth-year marketing and management student who toured Cotton Gin to see its renovations, said the social media rebranding “hyped up” the changes and more people will be interested in seeing it.

One of the changes Dugas is making is to the music schedule. On Tuesdays and Fridays DJs can play EDM music, Thursdays are throwback songs and Saturdays is dancing music. EDM music will never be played downstairs.

“I am more of a people person, so I kind of read the room. I like to see people interacting with the music that’s played,” Richardson said.

Briana Deans, a 25-year-old Chapin resident who spent most of her college weekends at USC, said after seeing the renovations on social media, she will be returning to Cotton Gin.

“I am definitely excited to go. I think it's gonna be a lot of fun and I think it will be interesting to see what they have done with it,” Deans said.

Dugas described the upstairs as a club experience whereas downstairs will be more laid back with seating and tables.

Eden Artidiello, a fourth-year political science student, said she would not return to Cotton Gin even after the renovations.

“I only went there when I was 18,” Artidiello said, “and, yeah, it's just underage kids. I could not see any respectable 21-year-old adult walking in there willingly.”

In an interview with The Daily Gamecock on June 30, Dugas said some of Cotton Gin’s tweets were inappropriate.

“It was unprofessional because it doesn't just reflect back on me anymore. It reflects back on all of the partners, so that's where I messed up with that,” Dugas said. “I would love to continue to be a funny Twitter account without upsetting anybody that I don't need to be upset.”

On July 7, Dugas tweeted “I would rather let 5 people with positive Covid tests sneeze directly into my mouth than wear these masks for one more week.” The tweet was deleted.

“You're not in any position as a bar to have an opinion on that,” Harrison Purdum, a third-year supply chain management student, said. “If you want people to come you need to have a positive stance towards a rule, especially other people's safety.”

Dugas said the tweet was a joke and he is “all about safety.” He said Cotton Gin will be 100% compliant with the safety measures.

Cotton Gin reopened after the pandemic began on July 30.

The staff will have their temperature taken before the start of the shift and there will be a sanitation station with free masks and gloves.

Dugas said that if the ordinance continues into the fall semester, Cotton Gin will adjust its hours accordingly.