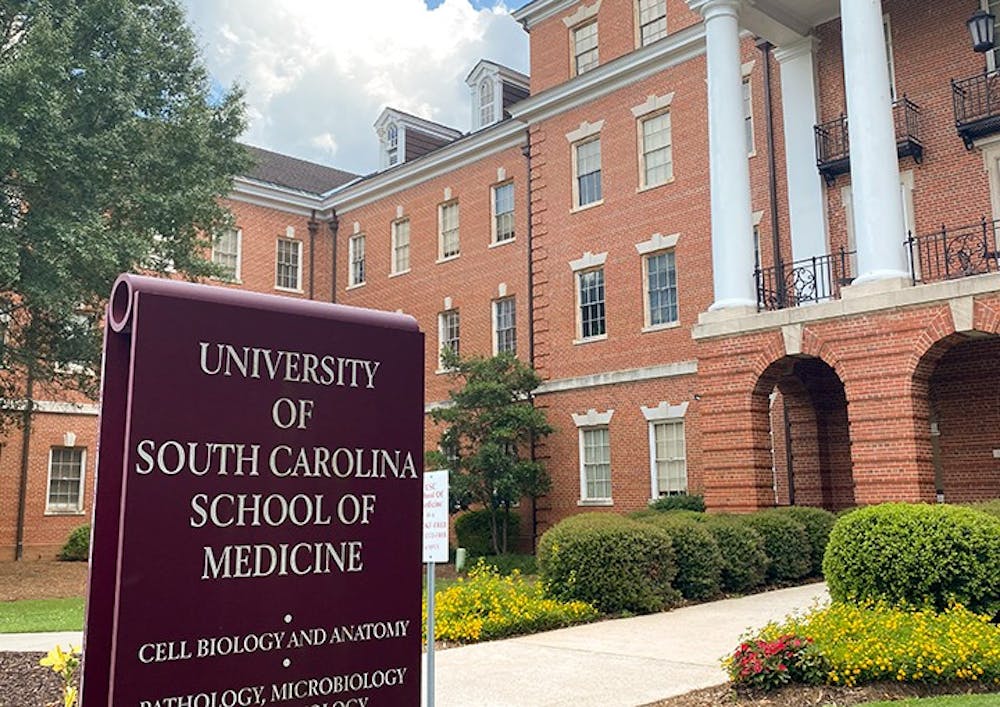 USC’s School of Medicine (SOM) system, which includes campuses in Greenville and Columbia, has issued an optional agreement for students who wish to return during the COVID-19 pandemic.

The agreement initially required that students waive their right to sue the SOM should they contract COVID-19. This clause was removed after social media backlash, according to SOM Executive Dean Les Hall.

“This has changed from a conversation about giving up any rights, which it was never construed to be in the first place, to one of let's just have a conversation where we let you know fully what we're going to do to try to manage that risk,” Hall said.

Hall said the issue was "sensationalized" over social media.

"There were other people who were voicing opinions and probably didn't know fully what was actually being suggested or said," he said.

However, the initial agreement was perfectly sound, according to Philadelphia-based attorney Joseph Lento.

“Nobody had this in mind or was necessarily planning accordingly,” Lento said. “Although it may not be how people want it to be or, you know, obviously people find it objectionable. Overall I see as being valid.”

Even without the removed provisions, students who choose not to return to school may be unable to graduate on time. Hall said this is because of the in-person training that third- and fourth-year medical students complete, known as clinicals.

“Accommodations have been made for all our students who are in the clinical phase of their training,” Hall said. “But eventually, you have to move out into the real world and have the students in a pediatric clinic or a pediatric unit in a hospital where they're getting a chance to apply those with appropriate faculty oversight and mentoring.”

In order to reduce potential exposure time with the virus, many students’ in-person clinicals have been cut in half, from eight weeks to four, Hall said. The other four weeks are dedicated to online learning, including discussions with faculty.

USC’s medical students are interested in coming back, though, said Sandra Hedrick, a fourth-year student at the school’s Greenville campus.

“I just was so ready to be back, you know, we were doing some online elective coursework, just so that we wouldn't be crazy far behind, but I don't think anybody wants a doctor who learned through online electives,” Hedrick said. “We’re all just very ready to go back.”

Hedrick is one of a number of students who feel this way, she said. She was not upset by the initial agreement.

“I think the purpose of that waiver was just ... 'We'll do our best to keep you safe, but at the same time, we need some protection just to make sure that we're protected as well,'" she said. "And that makes sense to me.”

“It makes it more equitable, in the sense that a person can make a more voluntary decision,” he said. “God forbid, if they find themselves severely compromised by contracting COVID-19, which you know can take place, at least you’re giving them potential recourse."

Students need not worry, Hall said, since they’d be well-protected while in the hospital.

“We actually believe that it is probably safer for students to be working in a hospital, just with routine care of patients with appropriate personal protective equipment, than it is for them to go to the grocery store right now, where there's people walking around who don't have masks on,” Hall said.

Editor's note: The Daily Gamecock contacted about half a dozen medical students and did not receive a response.