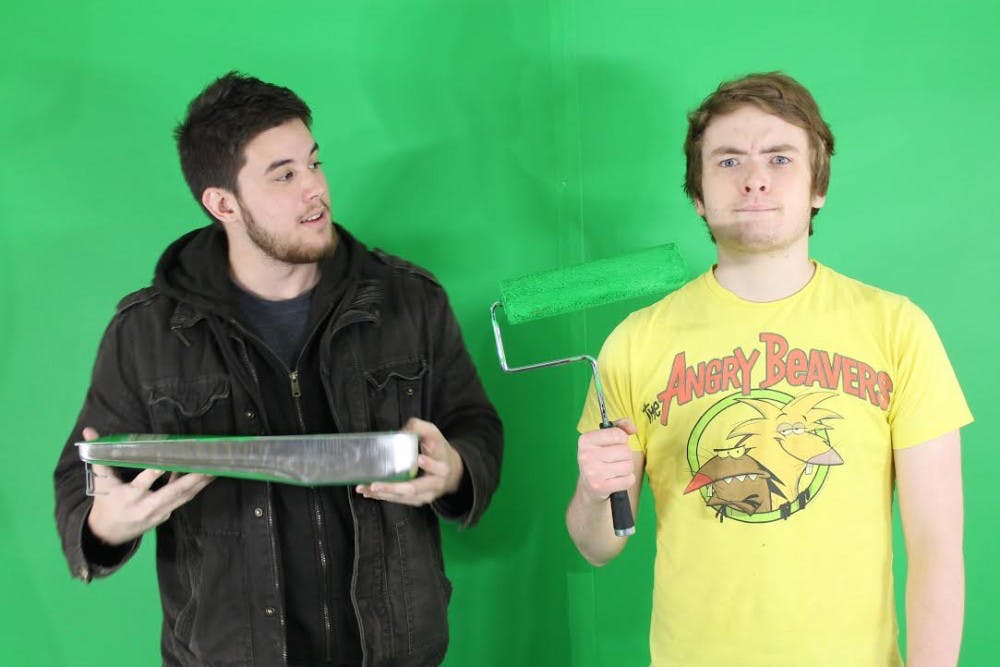 Ryan Magee and Daniel Kyre , the co-founders of the comedy YouTube channel Cyndago, have mastered how to hook their audience with the funny, strange and sometimes disturbing nature of their videos. As of publication, Cyndago has more than 52,000 subscribers, enough to fill up more than half of the seats in Williams-Brice Stadium.

Cyndago was not always a collaboration between Kyre and Magee – the origins of the channel spawned from the early work Magee was doing shortly after he graduated from high school. He had started his own personal channel, creating short comedy videos like “Cornography” and “Timely Travel.” It was not until Magee enlisted the help of Kyre to produce the lyrics and sound for the video “Rodney the Frag Grenade” that the two considered entering a permanent partnership and creating a new channel.

“We were up at 7 a.m. in my room, and randomly Daniel points the prop gun at me so I point the other at him. We have this whole scene where it’s a standoff, and we keep telling each other to put their gun away first and the other refusing. After playing out the scene, I figured that it was a really good idea so I wrote out the script,” Magee said. “Daniel looked at it online and fleshed it out and added an ending we both liked. So honestly, ideas come when both of us are being weird and being ourselves,”

While piggybacking off one another for support and inspiration, Kyre and Magee thank their families for providing them with the fundamentals and motivation to strive and achieve their goals.

“I have started to think about things I never would have thought about if I hadn’t had my dad in the back of my mind as that little voice saying ‘You need to do this, have you thought about this, or this won’t work if you don’t do this.’” Kyre said. “My dad has been really influential by keeping me on the straight and narrow, and making sure that I am doing everything in the right way.”

The digital marketplace is one of the fastest growing media sectors, with more than 2,000,000 videos posted to YouTube daily. With all of that noise, creating a brand like Cyndago and having its voice heard amongst the millions of similar channels is a struggle Kyre and Magee face every time they post a new video.

“Us having a video that people actually go to, and doesn’t get lost in the abundance of videos that get uploaded…” Magee said. “I think that says something about what we’re doing.”

Magee and Kyre’s goal is to plant their seeds in Los Angeles, and to branch out and collaborate with other filmmakers and YouTubers. Not wanting to be blinded by ambition, the duo intend to stick together and continue to provide support for one another as they tackle the next chapter in Cyndago’s story.

“I hope if it gets to where we want to be, and maybe even if it doesn’t, I really do hope that… Daniel and I are still creating amazing, weird and silly works of art together.” Magee said.