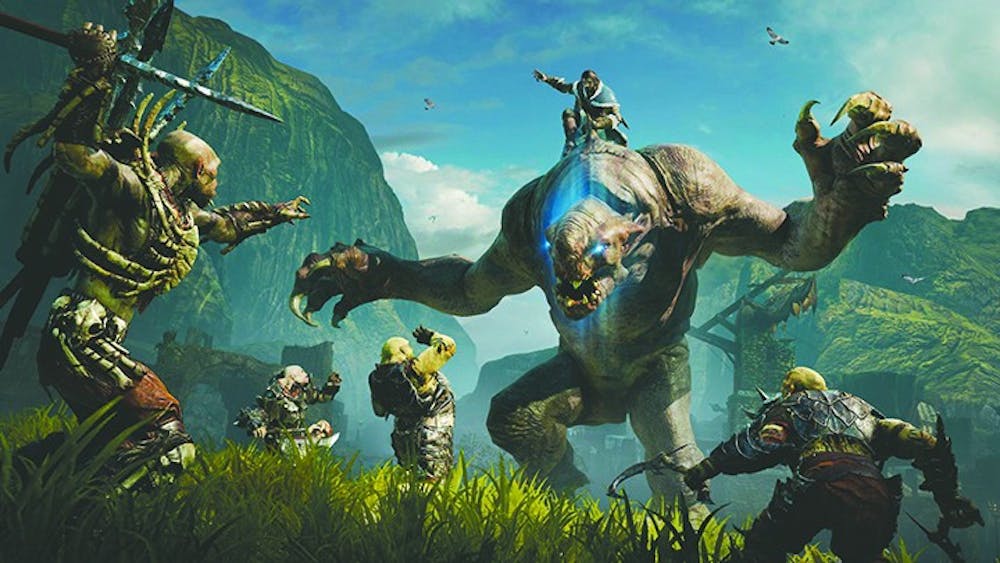 “Middle Earth: Shadow of Mordor” follows the adventures of Talion, a ranger of Gondor sent to make sure Sauron’s forces stay behind the black gate. Talion becomes possessed by a wraith after a bloody ritual where a band of orcs brutally murder Talion and his family.

On a quest for revenge, the possessed Talion seeks to avenge his family and stop Sauron from conquering Middle-Earth.

Trapped with low health and bouncing between narrow hallways, only a single mistake could send the armies of Mordor tumbling down upon me along with a swift and merciless death. A break in the orc patrols gives me a single moment to sprint past the guards and wait for my target to appear.

After taking down two guards bullying a group of human slaves, they reward me by telling me a weakness in my target, the orc captain Skak the Whisperer.The fearless captain whose axe had bested me 12 times before has a burning fear of fire. This time, I was ready and hungry for revenge.

Skak is in the inner chamber, executing prisoners and laughing at how they plead for their lives. I weave between the shadows and see my chance. Just before Skak lifts his axe, I leap from behind cover and cause a nearby barrel to burst into flame. The sparks blanket Skak in fire, giving me a brief moment for my blade to meet Skak’s neck and finally have my revenge.

The story is interesting, but as the game progresses, it becomes too cliché to really care about the characters, which is a shame considering the lore-rich universe of J.R.R. Tolkien’s “Lord of the Rings.”

While the story is the least interesting part of the game, the real fun begins when the player gets immersed in the orcish politics of Mordor, which includes beating up orcs and the uruk-hai.

Much like “Batman Arkham City,” the open-world design of Mordor is filled to the brim with violent, chaotic events — pretty much every living thing wants to kill you. Luckily, Talion is a very skilled fighter with his long sword.

The combat system borrows a lot from the recent Batman titles. Talion gracefully leaps from enemy to enemy building his combo meter, unleashing gruesome executions to cleave through the hearts of the forces of evil.

“Shadow of Mordor” also borrows elements from the popular “Assassin’s Creed” franchise.  Talion can climb most of the structures found in Mordor and parkour over most obstacles in his way. However, the game can be unresponsive and sluggish at times depending on the environment, which can cause you to unintentionally leap off a tall building and plummet down to the ground.

The best part of “Shadow of Mordor” is found in the "nemesis system." The game provides you with an internal view of the power structure of the orc army in Mordor.

The objective is to work your way up the chain-of-command, killing the most powerful leaders in the region and crippling the forces of evil. It's fun battling the captains in the region and watching how the world shapes to your action. There are plenty of ways for Talion to interact with the political infrastructure, which creates hours of endless fun.