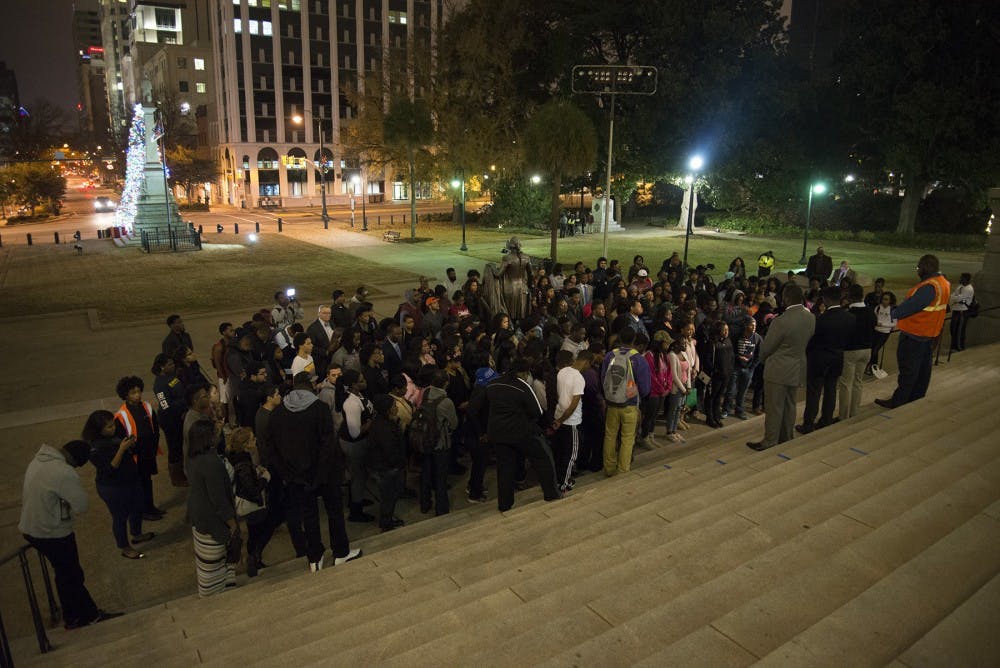 Students take Ferguson activism to the next level

Last semester after the controversial Ferguson decision, some student leaders unified under the opinion that they did not want things to stay the way they are now. They believe they have the potential to spark change, especially on USC’s campus.

These leaders responded to the event of police brutality in Ferguson, Missouri by putting together the “blackout” vigil, as well as a march to the Statehouse. These students are now forming an organization, Students Invested in Change, with a mission for working towards making a difference in the community.

“It’s bigger than Ferguson and police brutality,” said Karli Wells, a third-year African American studies student and president of the organization. “The mission is to make a change in the realm of social justice. It’s up to the membership to figure out what that looks like.”

The goal of the organization is to not only hold meetings and discussions, but also to get out in the community and host service events. Additionally, they intend to network with alumni and people in political standing throughout Columbia.

“The minority community has a lack of action behind thought, and this organization would like to push for more action,” said fourth-year public relations student Kayla Alexander.

Although the idea for the organization was sparked by the events of police brutality in Ferguson, the group also hopes to make a change concerning issues like the treatment of the homeless, peer accountability on social media, lasting mentorship for youth, education on sexual harassment and domestic violence.

Other topics the members discussed and expressed passion for were the lack of education and laws against hate crimes, especially since there are currently no laws against hate crimes in South Carolina. A topic of concern was the poor public education system in the “corridor of shame” which includes schools along I-95 that are not given proper federal funding. They also expressed the need for enforcement of the Carolina Creed. Lastly, they hope to educate and increase minority votership in South Carolina.

“The things we did at the end of last semester had a lot of support. We had a lot of people with conflicting ideas and people were able to express them without becoming a belligerent argument,” Alexander said. "It was successful because it was a coming together; a meeting of the minds of a lot of people sitting around a table discussing issues.”

Students Invested in Change plans to implement their ideas and collaborate with other groups to achieve their goals.

“You get out of it what you put into it. It is open to all students who care about making the community better as a whole,” Wells said.