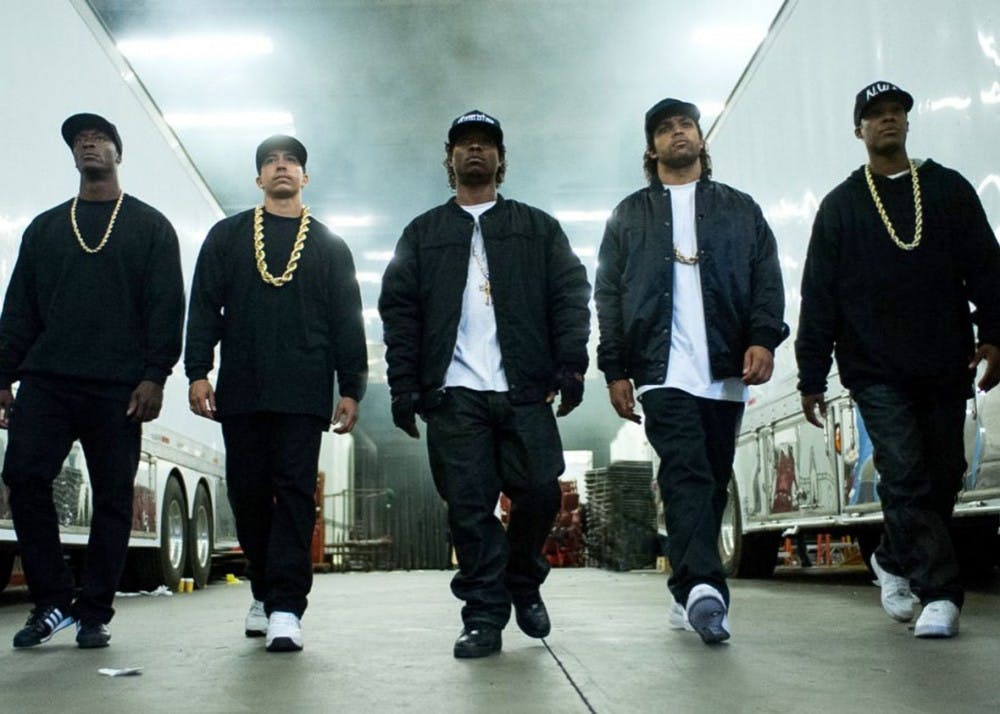 Last weekend, "Straight Outta Compton" busted straight into theaters and brought with it some honest truths about the industry, money, power and violence.

Maybe not the first of its kind but definitely the most popular, N.W.A set the bar pretty high in the late '80s for gangsta rap groups who followed. Audiences watched and reminisced as N.W.A grew onscreen from their humble beginnings to the peaks of their careers where they were cinematically up to their necks in riches, fame and glory.

Although audiences are typically intrigued by money and success, those two things are the least interesting part of the movie. "Straight Outta Compton" spends the first part of the film showing us the struggle side of the rags-to-riches story audiences so often crave.

The movie starts off showing us Eazy-E (Eric Lynn Wright) settling a drug dispute with his cousin and things almost immediately turn sour. The police brutality that inspired their first album becomes clear. We are able to see what life was like for teens growing up in Compton who were trying to survive a harsh reality filled with violence.

"Straight Outta Compton" takes a quick jump into endless montages of mansions, parties and half-naked women after N.W.A. signs their first record deal with Priority Records. The film spends little to no time dwelling on emotional milestones and the several casualties that spurred the rivalry between East and West Coast rappers.

However, the movie does outline the group’s financial conflict and contract disputes, which led to severed relationships and bad blood.

The film strays from its up and down emotional rollercoaster somewhere in the middle, but then gains momentum toward the end to watch some of Eazy-E’s final moments.

Although the complex personalities portrayed are over-exaggerated, audiences can easily see how N.W.A gained their power and how they were forced to face the consequences of mishandling it.

There was some controversy that headlined media outlets in the '90s that were excluded from the film such as the group’s prejudice and mistreating of women, gay bashing and the violent competition amongst themselves. But perhaps this was left out to preserve the memory of the group and its late member.