GRiZ talks jazzercise, being a hard worker, listening to his own music 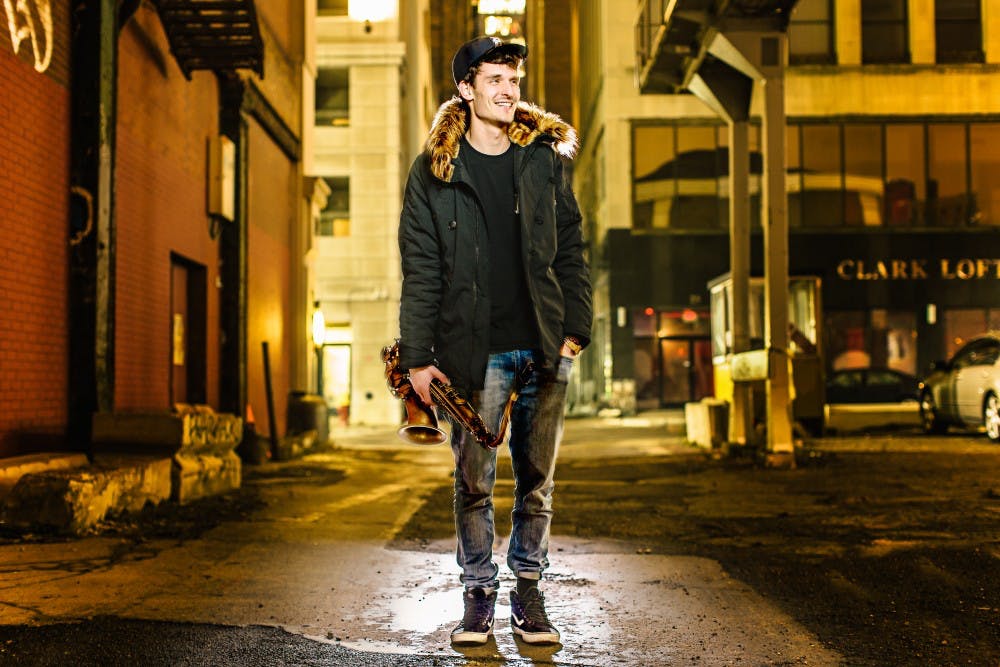 As a contemporary funk disc jockey, 25-year-old GRiZ has spent his music career working hard to “give up the good for the great.” Born as Grant Kwiecinski, GRiZ has traveled all over the world to deliver his authentic blend of futuristic electronic fused with traditional funk and soul music. GRiZ will be performing for local fans at Music Farm Columbia on Oct. 16 at 9 p.m.

The Daily Gamecock: You are living the lavish life, aren’t you?

GRiZ will be performing for local fans at Music Farm Columbia on Oct. 16 at 9 p.m.

Grant Kwiecinski: It’s not all super f------ awesome, but I can't complain.

GK: I mean, I think I’ve done about 12 hours of plane travel this week and not a lot of sleeping, but I had an awesome weekend so it’s fun. It’s just, like, it’s a lot, you know? It’s a lot to manage, between the traveling and working on music constantly and interviews …  but there is nothing I would rather be doing.

TDG: How old are you?

GRiZ will be performing for local fans at Music Farm Columbia on Oct. 16 at 9 p.m.

TDG: You look great for your age.

GK: Nah, I didn’t even want to do this ... when I was a kid. First, I wanted to be a Pokémon master and then I found out Pokémon wasn’t real, so I was disappointed. But no … first thing I wanted to do... I wanted to work with helping people so I really wanted to be a psychologist, but when I got to college I realized I wasn’t very good at keeping [up] with studying and reading books anymore. So, this all kind of happened in college — I started partying and I love playing music.

TDG: Do you listen to your own music?

GK: Hell yeah. That’s kind of the way I started — I was making music that I wanted to hear ... and then from there I started posting it publicly and it started catching on.

TDG: What’s something you hope your fans are saying about you?

TDG: Do you ever go to a music festival just to go, just to chill?

GK: Not anymore. I mean, I’m just lucky enough to play at all of them, so I just put on a disguise and run around. So, yeah, I mean, I kind of get to do all these things for free, which is f------ awesome.

TDG: Do you have any other hobbies besides music?

GK: I’m really big into exercising. I quit smoking cigarettes back in January, so I have had no excuse to try not to get healthier, and it's kind of like a personal goal to try and be super healthy and I think being active and having fun is important.

TDG: What do you do, like lifting weights, running, jazzercise?

TDG: You seem like the jazzercise kind of person …

GK: I do Tae Bo, jazzercise and anything that has Richard Simmons in it.

TDG: Do you wear a headband while you do all of this?

GK: Yes. I wear headbands and I like stripes and neon colors.

TDG: Do you have anything to add about your show in Columbia?

GK: I’m not like anything you have ever seen before and it’s a f------ party so come on out. You have nothing cooler to see that night.