Arts and Culture's top albums of 2015 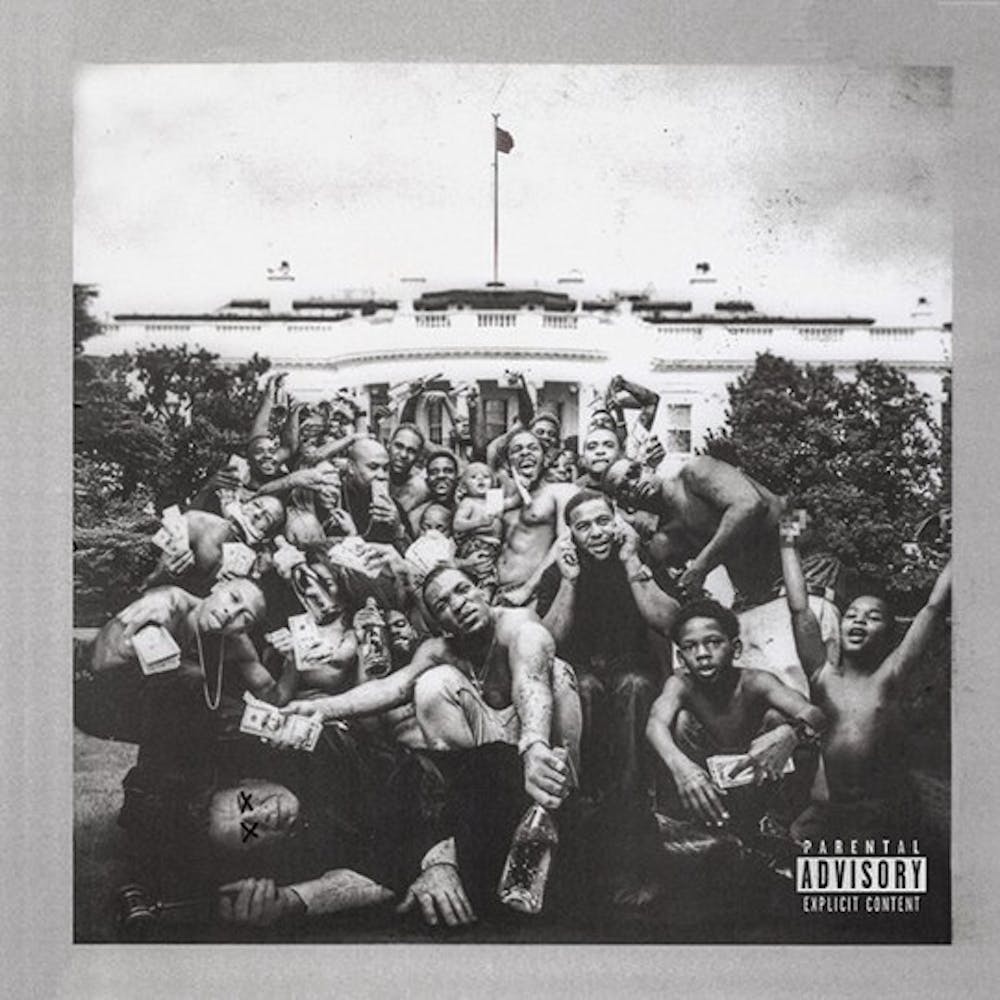 Allen Stone’s name was brought into the light for rhythm and blues lovers alike through his soulful exploration of the superficial lives of Americans in “Radius.” With sultry, slow tracks like “I Know That I Wasn’t Right” and “Barbwire” that showcase Stone’s falsetto and more tracks like “Upside,” “Freezer Burn” and “Symmetrical,” the album offers up varying levels of raw, gritty sounds. Aside from being a fun album to listen to, it also addresses underlying problems in American culture, such as undeserved, unearned privileges and materialism. In “American Privilege” Stone ponders “Oh, it doesn't seem right that I, I was born white / and my parents don't fight, told me they love me each night.” He declares “everybody's hypnotized, nobody is free / the river that we're drinking from is singularity” in “Fake Future.” Even though the pensive star urges us to chuck our laptops, and tights, his carefree attitude shines through amongst criticisms of our messy society. “Perfect World” showcases his optimistic outlook as he reassures audiences “it ain't bringing me down, no / get it off my shoulder, livin' like I told ya.” His standout track “Freedom” summarizes the album in his cry out for peace and serenity amongst the chaos and constraint of life with lyrics such as “I'm looking for freedom / I've gotta get free / You'll give me that feeling / It's rushing through me.”This self-described “ with a soul” is sure to expose you to a funky, thought-provoking musical experience

"To Pimp a Butterfly" by Kendrick Lamar

Kendrick Lamar’s 2012 album “good kid, m.A.A.d City” was a concept album of sorts, following Lamar’s adolescent exploits in Compton and juxtaposing them against Lamar’s perspective as an adult. Well-received by both audiences and critics, “good kid, m.A.A.d City” left much anticipation for its 2015 sequel, whose themes were timely given the current political climate.

Lamar’s new album, “To Pimp A Butterfly,” could not have been more relevant, addressing what is perhaps the most urgent moral issue facing the United States at the moment — the undervaluing of black lives — but doing so through beautifully complex narratives, distortion and redefinition of familiar cultural symbols, and profanely personal accounts of Lamar’s own experiences. Combining his old voice with a new boldness, Lamar uses jazz and soul music along with modern beats to create an angry, but fresh, feel. The album is often innovative without feeling gimmicky, such as in the song “Mortal Man,” which includes the sound of Lamar “interviewing” Tupac Shakur (using an old interview record), or in “King Kunta,” which explores how the black body has been exploited far into the past, using the image of Kunta Kinte from the 1976 book, “Roots.”

While discussion of white privilege, police brutality, and institutional racism is by no means new, 2015 has been the year that many acknowledged, for the first time, that black lives in America are often treated like they don’t matter. No longer can anyone seriously deny that the country has not recovered from its more overt racism of the past, and this made it the perfect year for “To Pimp A Butterfly.”

"Sound and Color" by Alabama Shakes

After hearing the band’s first four-song EP in late 2011, I knew Alabama Shakes was doing something special. I listened to their 2012 full release "Boys and Girls" on constant repeat until I was finally able to see them live at the end of 2013. Lead singer and guitarist Brittany Howard’s strong presence and brilliantly soulful vocals are something one cannot easily forget.

Songs such as “Hold On” and “You Ain’t Alone” captured avid music listener’s ears across the world and earned Alabama Shakes airplay on alternative music stations.

While I could have easily gone on forever listening to their southern rock and 60’s soul influenced songs, when “Don’t Wanna Fight” dropped this past February — a solid three years after "Boys and Girls" was released — I knew it was going to be a long two months until their second album, " and Color," became available in April.

The album’s other two singles, released consecutively two weeks after one another, maintained the high expectations I had for them. “Gimme All Your Love,” a slower, sultry and soulful four-minute song made its debut when the band performed on Saturday Night Live — and has remained one of my favorite songs since. “Future People” switches things up as it features a heavy bass drop throughout the chorus, but still rings true to the band’s blues rock roots.

The rest of "Sound and Color" was everything I could possibly want from Alabama Shakes’ sophomore release. While still sticking with the southern rock and soulful rhythms of "Boys and Girls," the band stayed relevant and refreshing, rather than repetitive and unoriginal.

"Beauty Behind the Madness" by The Weeknd

In the summer of 2015, singer and songwriter Abel Tesfaye, also known by his stage name The Weeknd, released his second studio album “Beauty Behind the Madness.” Released on Aug. 2015, “Beauty Behind the Madness” includes the popular tracks “The Hills” and “Can’t Feel My Face,” both of which reached No. 1 on the Billboard Hot 100 in 2015. The Canadian icon, who became famous after anonymously releasing multiple tracks on YouTube in 2010, started off 2015 big with the December, 2014, release of his smash single “Earned It.” The track, which was used to promote the movie “50 Shades of Grey,” quickly became one of the biggest hits of the year and succeed in making The Weeknd a household name. The album, which contains 14 unique tracks, offers listeners with a rare consistency. Each track seems to be more eloquent and catchy than the next; thus, The Weeknd’s latest album is as relevant and chic as the artist himself. This latest project from The Weeknd also includes collaborations with some major artists, including Lana Del Ray, Labrinth and Ed Sheeran. Collectively, “Beauty Behind the Madness” is a testament of Tesfaye's undeniable talent as both a singer and songwriter.

"Girls in Peacetime Want to Dance" by Belle and Sebastian

The 12-song album, released in January of this year, is a dreamer’s delight with more than an hour of peppy beats and imaginative lyrics.

“Girls in Peacetime Want to Dance” marks a shift from the Scottish band’s moodier, more ethereal tracks of the past to a new, upbeat sound of music made to inspire dancing.

However, with the new sound, Belle and Sebastian did not lose its relatable lyrics or realistic elements. The new tracks still exhibit the depth of the band with songs that often deal with political and social issues, such as “Allie” and “Perfect Couples.” The album also includes the typical lovelorn or party lyrics found in more mainstream pop music in dance tracks like “The Party Line” and “Enter Sylvia Plath.”

With their 2015 album, Belle and Sebastian seamlessly gave its music an electronic, dance, Pet Shop Boys- update while retaining the thoughtful lyrics that are its trademark.

Listen to “Girls in Peacetime Want to Dance” for a bright, energetic reinvention of a band whose music always finds the perfect balance between whimsical sounds and melancholy emotions.