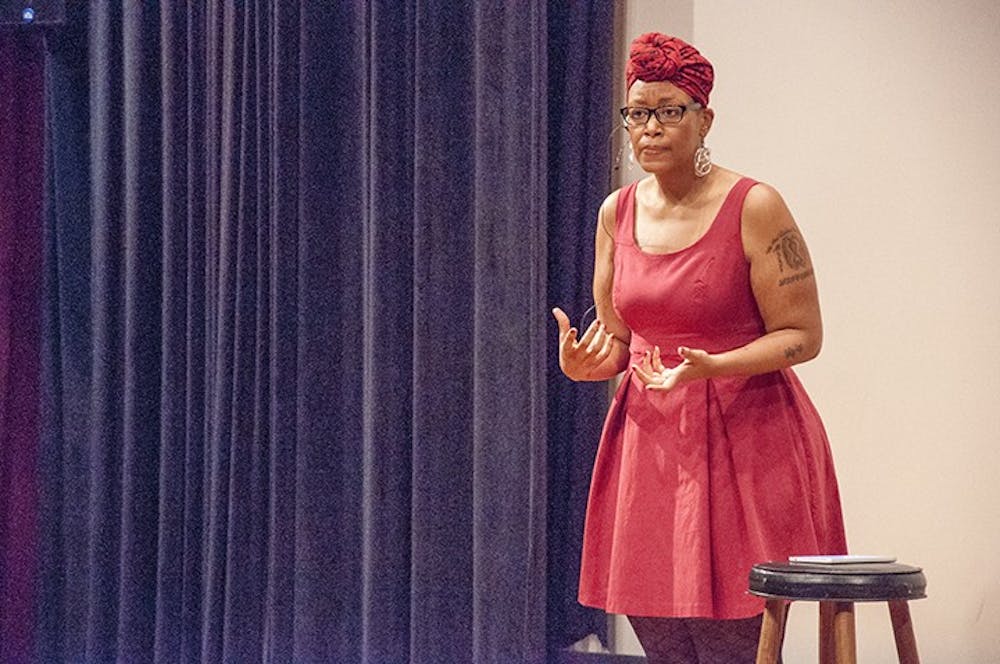 With more than 63,000 Twitter followers, Jones has created an impressive online presence writing about what it means to be a black feminist and a woman of strength.

“A lot of times we don’t get to hear how it is to live and be a black feminist woman in the United States,” Jones said.

She went on to explain how white feminism has overshadowed black women and seems to ignore larger issues that don’t make the news. Jones dropped some shocking facts about abuse and police brutality.

She discussed the trial of Daniel Holtzclaw, a former Oklahoma City policeman who faces 36 charges for the rape of at least 13 black women.

“Currently there are over 64,000 missing black girls and women in the United States,” Jones said. “Can you imagine if that many white women and girls were missing and unaccounted for? What would have happened? You would have heard about every single one on the 24-hour news cycle.”

Jones offered advice to students who hope to enter social work or any field where the goal is to help someone. She said that while focusing on the individuals you can help remotely, it is also extremely important to focus on the problem as a whole and to work toward finding the root of the problem and working from there.

Clarie Randall, co-president of USC's Feminist Collective (which hosted the event), was thrilled that Jones came to speak.

“Feminista Jones has been one of my favorite people on Twitter,” she said. “Learning about her background and all of the movements that she’s worked with — she’s a social worker, she’s an academic, she has all these things and she’s out in the movement as well. She was just someone that I found that I agreed with a lot of things, but she also provoked me and challenged me on a lot of levels.”

While Jones’ conversation focused more on specific events and the root of their issues, she also made it clear that college students and young people have the resources to make a change.