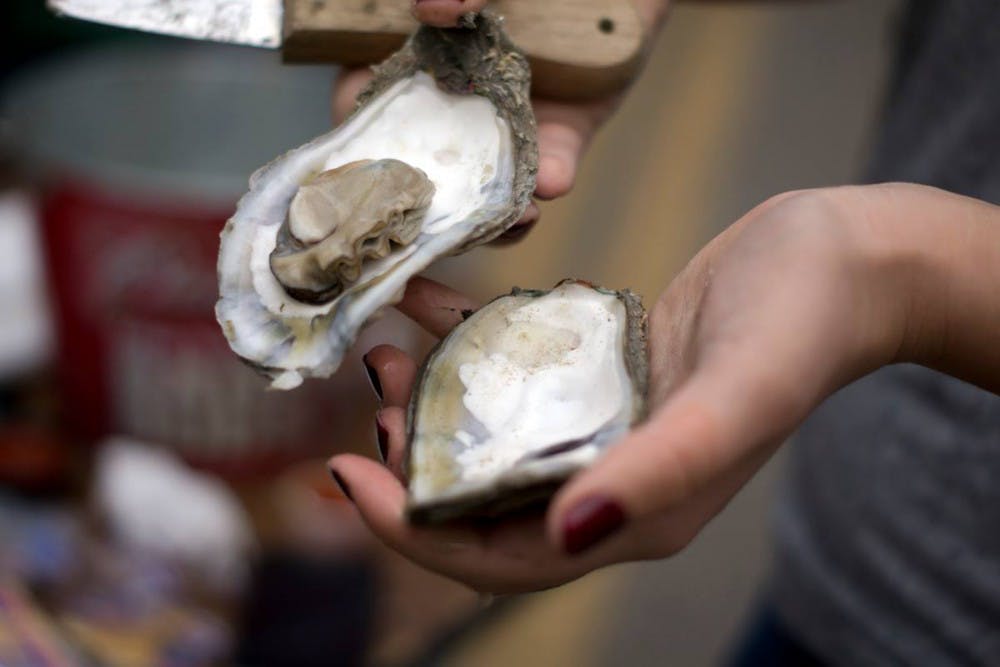 Celebrating its 20th year in the Columbia area, the annual South Carolina Oyster Festival did not fall short of expectations Sunday. It could not have been a more beautiful day to wander around the endless tables of fresh oysters and colorful fall foliage.

The historic Robert Mills House and Gardens stood as the gateway to the festival, guarding two stages for live music, local artist booths and food tables spread throughout the gardens.

“The environment was nice,” Sophia Abdun, undeclared first-year student, said. “It was also interesting to just see all of the culture of Columbia outside of USC and learn about my new home here in Columbia.”

Of course, the largest outdoor oyster festival in South Carolina would not be what it is without the abundant and delicious oysters. PEARLZ Oyster Bar, a casual seafood restaurant in the Vista, provided steamed oysters for sale by the bucket.

The festival hosted about every single type of oyster imaginable. With the menu including oyster shooters, fried oysters and gumbo, the most difficult question of the day was what type to get.

“I split a bucket of oysters with my friends, not really my thing though. I came to that conclusion today,” Abdun said. “I really liked the oyster Rockefeller, and the fried oysters were delicious.”

For those who do not particularly enjoy oysters in any form, there were plenty of other choices from local food vendors.Local artists also had tents set up with crafts that were perfect for the upcoming gift-giving season. Bands such as the Rival Brothers, Bobby Sutton and Nick Cleburne performed all day across the two stages set up outside of the house. A local favorite, Jam Room owner Jay Matheson and his band The Distributors, closed off the afternoon with their 1970s-tinged jam band rock.

Overall, the 20th annual South Carolina Oyster Festival did not disappoint. It was a perfect study break and chance to hang out with some friends and eat some good food before reuniting with friends and family over Thanksgiving break.