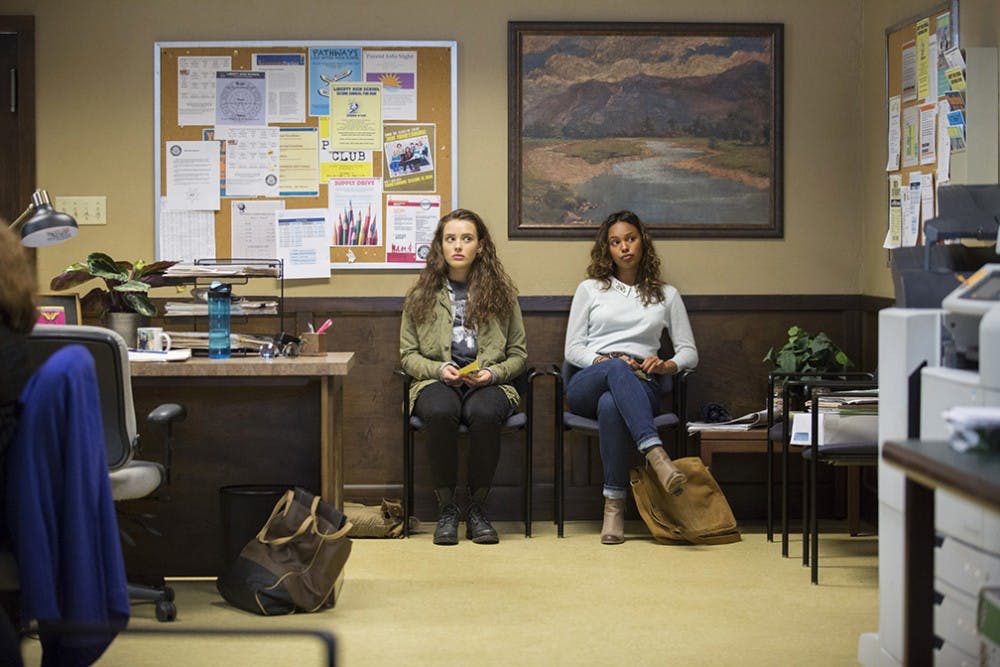 Netflix did a great job converting the Jay Asher book “Thirteen Reasons Why” into a 13-episode season. They maybe shouldn’t have, though.

The plot of the series follows the tapes left behind by a high-school student named Hannah Baker (played by Katherine Langford) who committed suicide. Each of the 13 tapes explains why a different person did to add to why Hannah killed herself.

The plot in itself is very interesting, and the show is easy to binge-watch — except for those who understand that it shouldn’t be. There are two ways someone can walk away from this Netflix show. One way would be as a more compassionate person, realizing that suicide is a big deal and prevention should be better. The other side, the problem with the show, is that people would walk away from the show thinking that Hannah wanted revenge on the people whom she left the tapes for and killed herself to be "dramatic."

Of the many reasons Hannah killed herself, mental illness isn’t one of them. Netflix could have done a much better job on this side of things, because it seems to portray Hannah as the bad guy while one of the main characters Clay (Dylan Minnette) gets most of the sympathy because he loved Hannah and is struggling with the fact that he’s on the tapes.

Besides the fact that suicide is the major theme, the show covers some very intense topics like drunk driving, rape, bullying, substance abuse, self-harm and depression in general. These topics are very triggering for some people, and though some topics are covered well, others are simply brushed over. For someone who is struggling with any of these, or suicide itself, “13 Reasons Why” does no good for them. There are warnings before the episodes that include these triggering themes, but sometimes this is not enough.

The show does a good job portraying real issues that teens have in school and may even increase awareness about some of the very real issues that our society deals with. Parents may be able to better understand the pressures put on students and the reality of the world new generations are growing up in.

The final scene was cinematically amazing but emotionally traumatizing. While watching the show, you become emotionally attached to the characters, including Hannah. The fact that you can see her suicide in such detail wasn’t necessary.

The story is intense and very moving. However, youth suicide is a serious problem. It shouldn’t be trivialized, made into a revenge plot or dramatized without proper information provided with it. The problem with the show is the lack of discussion to go along with it.

The culture that has seemed to follow a lot of the series is one of humor, not one of increased awareness. Twitter has been filled with “13 Reasons Why” memes, and the show itself is popular because of the drama. These lead to a sense that suicide is not a big problem. It makes it all funny, and it shouldn’t be that way. Hannah is portrayed as a high-school girl who couldn’t handle the drama.

The actors themselves have spoken out about these issues in different ways, which is comforting, but it doesn’t fix all those who came away from the show upset with Hannah for killing herself.  Anyone who has attempted suicide or has had someone close to them commit suicide might grasp the intensity of this whole show, but a lot of people are upset that people are triggered at all.

The show was amazing and it will probably continue to be popular. I watched the whole season in a few days and I will admit that it was entertaining. However, this doesn’t mean that everyone comes away from it with a sobriety about suicide that is helpful.