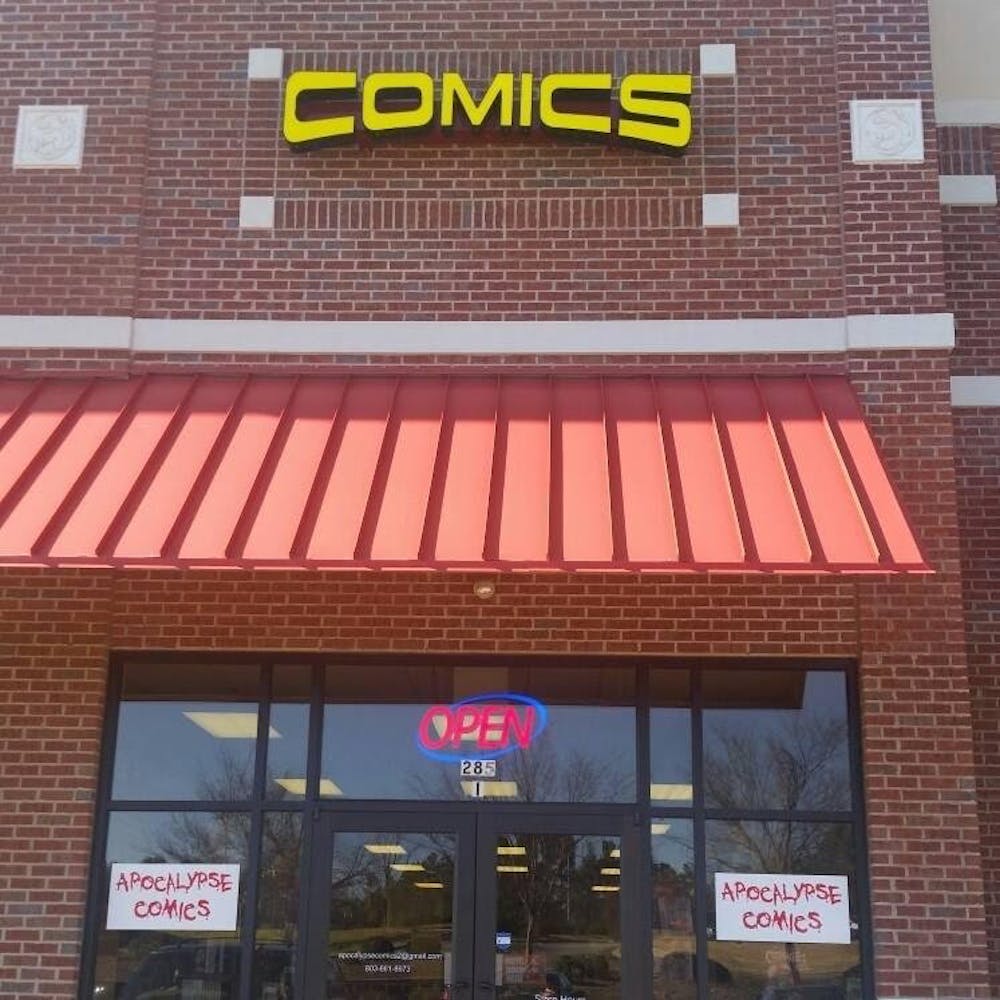 The previous two entries in the Comic Shop Spotlight series have been strictly locally owned stores, but Apocalypse Comics comes from a different pedigree. If you were to look up Apocalypse Comics on Facebook, you would notice that there is a conspicuous “2” after the name. This is because Apocalypse Comics is actually an expansion of a shop that started in Myrtle Beach over 10 years ago. The Columbia location now serves as the only storefront after the original store closed in December, but the business continues.

Part of what makes Apocalypse Comics special is its location. Since the expansion in 2015, the shop has been directly across from the Columbiana mall. Apocalypse seemingly can attract more people that do not venture out of the way to find comics, generally. Presumably because of the location in part, the subscriber rate at the store has grown at least six times what it was a year and a half ago, according to Ashley Colonna, a manager at Apocalypse Comics. This could be another sign of Columbia’s increasing relevancy in the pop culture world that has become evident with Soda City Comic Con, among other events.

Unfortunately, many students are also probably unaware of this store’s existence since it is not in the downtown area. Colonna hopes that the shop’s extensive manga collection will provide the uniqueness needed to attract new college readership.

“I don’t think a lot of college kids realize we’re over here because that’s downtown and we’re all the way up on Harbison," Colonna said. "We’re trying to get word out on how much manga we carry. There is a lot of manga and anime people that go to USC that don’t even realize how much we have.”

Manga, and collected editions in general, is certainly Apocalypse Comics’ defining feature. The opposing walls in the back of the store hold nothing but trade paperbacks and volumes of manga. Since a large part of the comic reading population read graphic novels exclusively, this could be a very important aspect of the comic shop one chooses to frequent. However, it should be noted that Apocalypse has a very small back issue section, so the collected editions surely are a consolation for that.

Even with a somewhat limited college audience, the shop is still greatly affected when students leave in the summer and winter seasons.

“Keeping steady traffic flow is tough... Columbia is a college town, so in the summertime it’s pretty desolate, which is the opposite of our other store... It’s dealing with the seasonal changes and the population influxes within Columbia itself [that is challenging,]” Colonna said.

Like Silver City, Apocalypse also offers statues and busts for those who want to spice up their dorm rooms. If you are someone who prefers reading comics in complete story arcs rather than the monthly issues, Apocalypse Comics might be the place for you. This goes double for the numerous manga fans out there that are looking for somewhere local to buy from.

Check back in a couple weeks when the next edition of the Comic Shop Spotlight series is published, and be sure to look at Apocalypse Comics’ Facebook page.