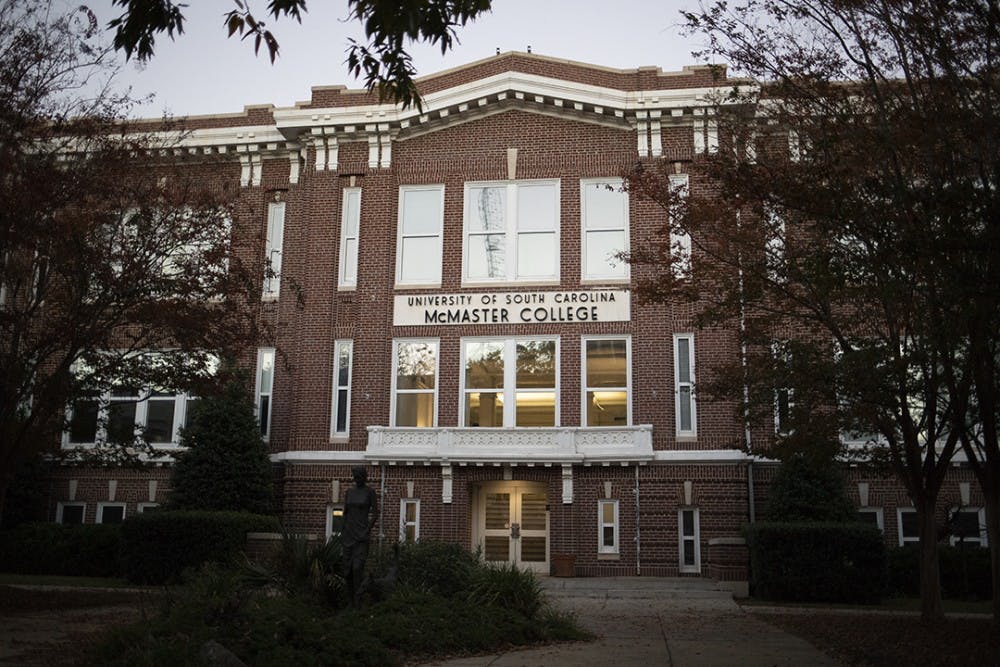 As a former graduate student waits to see if her lawsuit against a USC professor will go to trial, many students have varying opinions on the details of the case that have been made public.

Former graduate student Allison Dunavant filed a lawsuit against Professor David Voros, President Harris Pastides, the university and the International Center of the Arts in May. Since then, flyers about the case have popped up in staircases in McMaster College and under the seats of chairs in the Humanities Classroom Building.

The lawsuit is currently in pre-trial proceedings in federal court, which will not end until the end of March. If the case does go to trial, the trial will not take place until at least September 2019, according to Dunavant’s attorney Samantha Albrecht.

First-year pre-business student Perri Liebergall had not heard about the case, but felt that the university was not at fault.

“I think the university handled the situation very well. They flew her back and they paid for the expenses and made a statement that they want all students to speak out in case something like that were to happen,” Liebergall said. “I don’t believe that there should be a lawsuit against Harris Pastides and the university because it wasn’t a university-sponsored trip.”

Annalee Brody, a first-year public health student, agreed, but did not like the idea of Voros continuing his time at USC.

“The professor should be held accountable ... He should be investigated,” Brody said. “I wouldn’t feel comfortable taking a class with him.”

Ryan Druffner, a first-year anthropology student, did not like how the university handled the situation.

“I certainly thought that was weird, especially the part about sexual advances,” Druffner said. “It sounded like they didn’t handle it, and a lot of the things mentioned there were sort of ignored, but I just hope it gets settled.”

Third-year biology student Trinh Vu did not approve of Voros' actions as alleged by Dunavant.

“It’s terrible that they forced her to do labor and then they withheld food and then on top of that they did sexual advances,” Vu said. “I’m not sure exactly what sexual things that they did on her, but that’s not okay in general. You shouldn’t force that on anybody, no matter what position of power you’re in.”

“As a student, you’re gonna assume that professors have the best interest for you, so I really think he’s just taking advantage of something that she’s unaware of,” Vinh said. “I hope it goes out well for her.”

Read The Daily Gamecock’s full story about the lawsuit here.