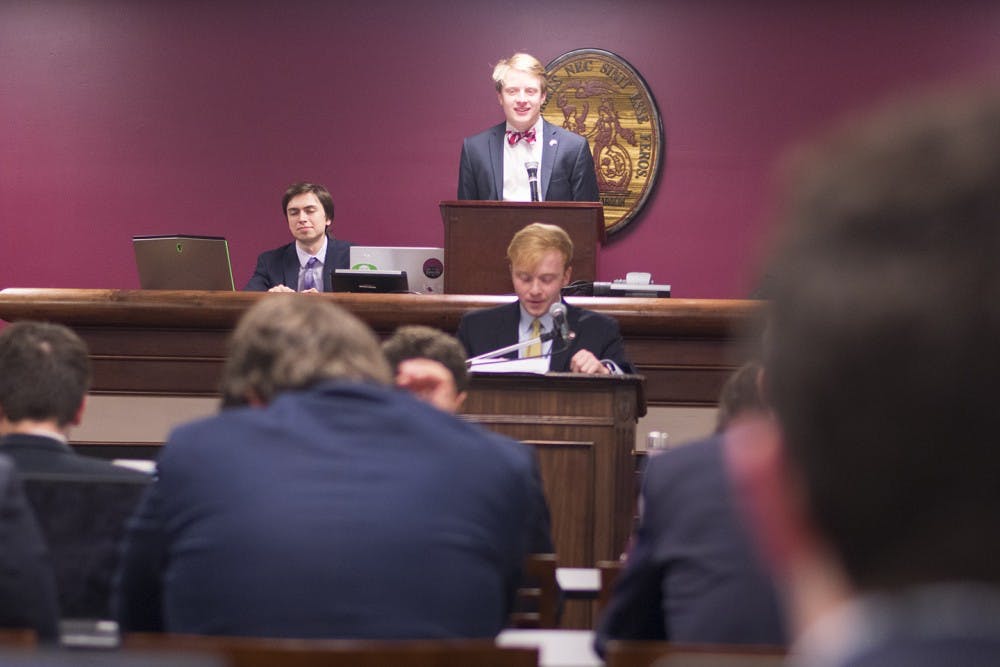 Student Body Vice President Mills Hayes expects the extra cost to be covered by funds from the New Initiative Fund, which are funds set aside for new Student Government programs after the budget is finalized.

In order for money to come out of the New Initiative Fund, a request has to be made to and approved by the Student Senate.

Student Government encountered a similar issue with its "coffee with the president" event. According to the organization’s fiscal records, executive officers requested $6.88 from the New Initiative Fund to pay for overage from the event. The document lists the reason for the overage as an incorrect original quote from Horseshoe Catering.

The total cost of the Student Government Fall Awards was $3,568. Attendee donations covered some of it, but $2,350 of it came out of the organization’s operation fund, which is built with Student Activity fees.

“It is easier to go over than under, because if we went under, we can’t keep those people’s money, like the donation stuff,” Hayes said.

Hayes said the Student Government Fall Awards budget was created by her chief of staff, Sophie Davish, and Student Body Treasurer Emerson Odagis. Davish said one of the reasons they spent more than the total budget stated was the organization’s method for donation collection.

“And the issue we ran into that they didn’t tell us about is that there’s a 10 percent royalties on all the tickets that we buy, because we have to do it with CarolinaCard and they didn’t inform us until yesterday,” Davish said. “People can’t give us cash because we're a university entity.”

Student Government originally believed it had gone over budget by $30, but while speaking with The Daily Gamecock, Hayes and Davish acknowledged a discrepancy with one of the formulas on the budget spreadsheet and that the organization had actually spent $97 more than planned.

During the interview, multiple members of Student Government expressed confusion about the Fall Awards budget.

After Hayes puts in the request to receive the money from the New Initiative Fund, the Student Senate will consider it and decide if the expense qualifies under the stipulations of the fund.

“If they don’t approve it, it’s coming out of our own pockets," Hayes said. "So that’s how it works.”

Hayes did not specify how money would be collected if the request is denied.