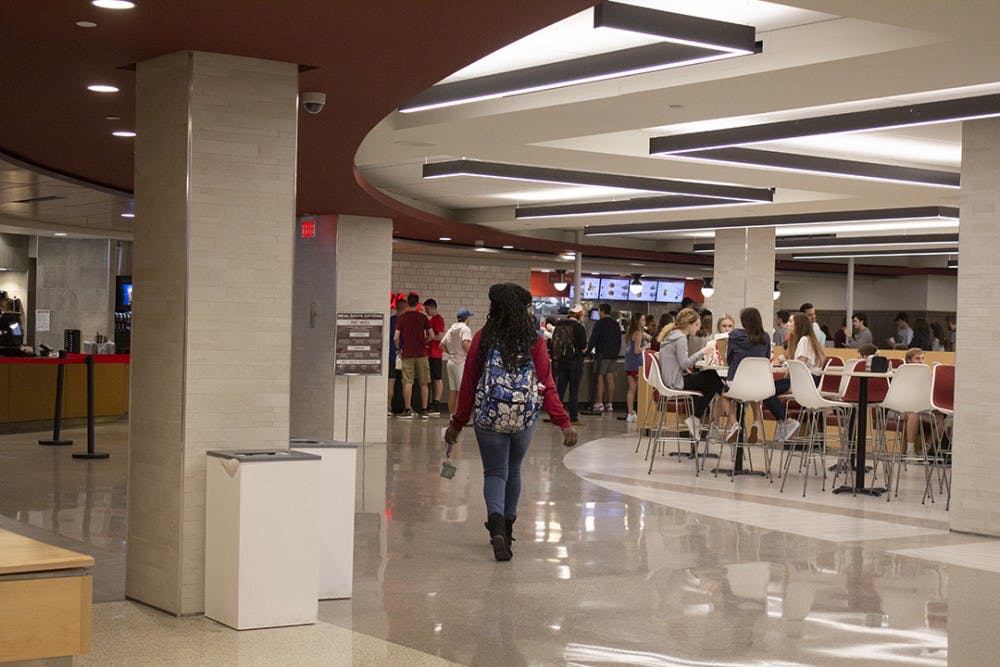 As the university moves forward with a feasibility study to find the best location for the new student union, the community considers moving west — specifically, to the Carolina Coliseum.

“Where we’re looking now is by the end of summer to have a vision of where and what the new student union could look like,” said Student Body President Taylor Wright.

University architect Derek Gruner said the Carolina Coliseum is still being considered for the new student union despite the mathematics department and office of disabilities being moved to the Coliseum while LeConte College undergoes renovations. The university has plans to expand westward towards YOUnion and 650 Lincoln apartment complexes, which would make the Coliseum the new center of campus.

The new student union may become a combination of two buildings that are geared toward two different groups of students. Russell House is at the center of most residence halls while the Coliseum is more convenient for students in Greek Village and nearby student apartments, Gruner said.

“The Coliseum was seen actually as a student union that could have some amount of focus to our upperclassmen whereas our Russell House continues to really be the primary place for freshmen, underclassmen and the on-campus residents,” Gruner said.

Talks around the new student union previously centered around renovating the Coliseum, the previous home to the College of Hospitality, Retail and Sports Management before its move to the Close-Hipp building. It is unknown what purpose LeConte will serve following the renovations and relocations voted upon by the Board of Trustees.

Wright disagrees with the short-term prospects of the Coliseum being the center of campus and an effective student union.

“Fifty years from now, possibly, that’s a great option,” Wright said. “We bought land out there that is already being used by the golf team, will be eventually used as student recreation and things like that, but that’s still years out of the way from being developed. So Russell House and the Horseshoe is the middle of campus to me.”

Russell House has housed the student union without adding space since 1976. However, the student enrollment has grown every year. Some students think that Russell House is overcrowded at times.

“The third level’s probably the least crowded part; that’s why I come here when I’m trying to get work done,” said Darien Killebrew, first-year sports and entertainment management student. “But it’s very crowded if you need space to do something.”

For some students, the location of a new student union brings concerns about the distance from central campus.

Sean Hoppenhauer, first-year exercise science student, is concerned about how far away the Coliseum is from the center of campus.

“I just feel like here it’s right in the center, so that’s pretty convenient for I guess most students, considering the area and the dorms where they’re located,” Hoppenhauer said.

Killebrew is unsure of whether he would use a student union far away from center campus, but he is looking forward to the possibility of a new student union.

“You need different spaces to study and work kind of different than the library. I kind of spend my time up here instead of the library because it’s a different environment,” Killebrew said. “So having another student space where we can be comfortable and get our work done would be nice.”

The results of the feasibility study should be ready by the end of summer 2019, but there is currently no timeline for the new student union.

“This is not something we just want to rush into,” Gruner said. “But I would hope that as we get the study, in the months that follow that we can get a clear direction on what we want to do.”