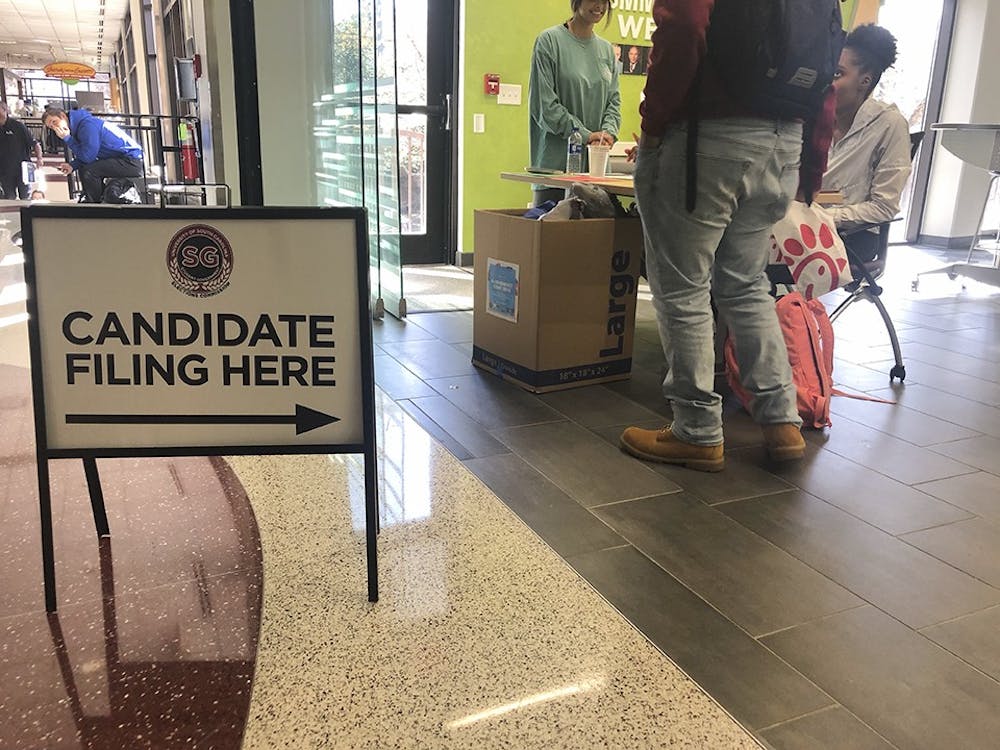 Nick Hooks, a speaker of the senate candidate, is the only candidate with violation points. Hooks’ campaign reached out on Feb. 6, nearly a week before soft campaigning, to organizations announcing his candidacy and asking to speak. Hooks also spoke to classes without approval from professors or the elections commission. He was awarded four violation points for soliciting voters.

Patrick Ellis’ Forward campaign was the first to receive violation accusations after setting up meetings to discuss his campaign before he announced candidacy. However, the elections commission decided to give no violation points to presidential candidate Ellis and the rest of his ticket. They were permitted to set up meetings to discuss their vision for the university without announcing their candidacy.

Casey Hamlin, another presidential candidate, was the second to receive a violation accusation after linking a Casey for Carolina website on his Instagram bio. No violation points were awarded because he did not directly solicit voters.

Lyric Swinton and Sophie Davish were also accused of a campaign violation before the soft-campaigning period began. Both candidates posted photos of themselves that were then edited by other students with the words "vote for Lyric" and "vote for Sophie." No violation points were given because the people posting the photos were unaffiliated with the campaign.

If a candidate receives 10 violation points the elections commission can vote to disqualify them.