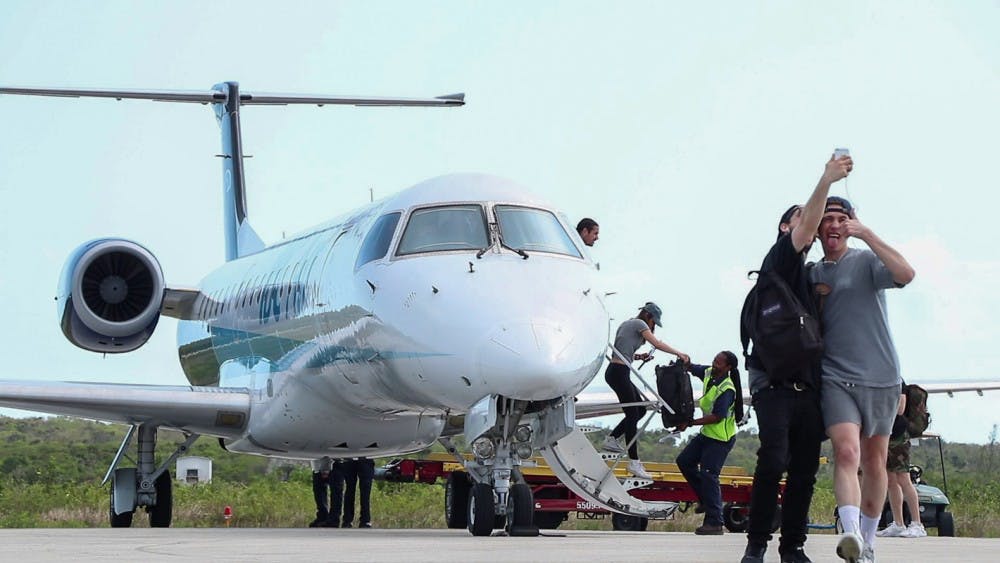 Although the infamous Fyre Festival and media fiasco which ensued is old news, the story was recently resurrected to be relived digitally in not one, but two widely viewed documentaries streaming on Netflix and Hulu, respectively. The documentaries’ releases prompted a second wave of responses from social media. Memes and jokes circulated Instagram and Twitter, not nearly as many as the festival first elicited, but enough to remind one of the response and horror first surrounding Fyre.

The footage and stories emerging from real customers stranded on the island of Great Exuma in the Bahamas back in 2017 were like a post-apocalyptic satire of millennial #influencer culture. In place of the exclusive, star-studded, lavish experience customers were promised, there were refugee tents, soaked mattresses and a minimal supply of food and water. The rest of the world observed, laughing, at those who had bought into the image Fyre organizers had put forth using video, social media and celebrity supermodels. The narrative Fyre created was one that promised status and fame, but what they delivered was a mockery of disillusioned young partygoers looking for an adventure to exploit on publicly viewed profiles.

What Fyre Festival taught us through empirical evidence and experience, Kurt Vonnegut taught us through narrative. In Vonnegut’s novel "Slaughterhouse-Five," the author fiercely critiques public infatuation with war stories, and destroys any sense of heroic agency achieved in war by the form and content of his novel on the bombing of Dresden during World War II.

In many ways, he uses his characters and experimental elements of fiction to dismantle the public opinion that going to war brings glory, honor and a sort of local fame stemming from patriotic duty. Although attending a failed music festival in the Bahamas and going to catastrophic war zones are entirely different, and by no means comparable levels of trauma, the force that mobilized people to both can be viewed with a similar lens. Vonnegut’s critique of buying into popular public narrative evidently needs to be heard again.

Vonnegut’s "Slaughterhouse-Five" is, at first glance, barely a novel. The genre is unclear at first, with a narrator talking in first person in what seems to be a metafictional account of Vonnegut’s experience before the novel shifts perspective to tell the story of Billy Pilgrim. The temporality of the novel is unclear, with the story being told between past, present and future almost simultaneously. The setting is unclear, with the main character, Billy, finding himself simultaneously on Earth in post-war America, in wartime Europe and on an alien planet named Tralfalmadore. At first impression, Vonnegut’s writing is completely bizarre. And for that reason, it’s perfect.

Vonnegut knew he had to shock his audience. The anti-war novel was not a new concept when "Slaughterhouse-Five" was written in 1969. However,  the public had become desensitized to the violent reality of war, and Vonnegut’s writing unmistakably points towards the fallacy of a hero created by one’s own agency made possible by wartime conditions. Vonnegut subverts expectation initially through form, before doing the same in his content.

Rather than a heroic character arc, or even one that leads to character development, readers are left with characters that all seem subject to their circumstances. Vonnegut removes causality throughout the novel for his characters’ actions, leaving them seemingly helpless in situations from which they’re expecting to become heroes. Take, for example, his character Derby who, in the face of Nazi evil, risked his life and stood up, speaking "movingly of the American form of government ... He said there wasn’t a man there who wouldn’t gladly die for those ideals." And nothing happens. We don’t get his death, which would induct him to martyrdom, and we don’t get him overcoming his captors which would memorialize him as larger than life.

The story seems to skim over the fact that Derby did anything at all, therefore refusing him any real character arc or development. When he finally does die, it’s for stealing a teapot. His efforts are cheapened because of this, and Vonnegut himself reserves his right to character agency as a writer rather than give agency to his character as a hero. In this way he dispels the myth of heroic agency and instead again relates agency in the world as belonging to some greater force or being. And this isn’t an anomaly in the novel. Derby, and other characters, who all seem to expect heroism based on the stories they had been told, only seem pathetic at their opportunities to achieve it.

In this sense, Vonnegut’s characters are not worlds different than those partygoers we see in the Fyre Festival documentaries. They are promised something, a grand something, and instead receive what can only be considered a mockery of their desire. But isn’t this what most social narratives seem to do?

We are offered wildly attractive promises for doing something, going somewhere, meeting someone, all to have a pretty picture which hides the reality of disappointment and suffering underneath. And just as Vonnegut’s novel shocked readers into seeing this more clearly, the Fyre Festival disaster hopefully shocks an entire population into seeing through the false narratives we’re fed. Otherwise, they’ll find themselves feeding off of soggy cheese sandwiches, stranded on an island, while the rest of the world mocks them in 280 characters or less.