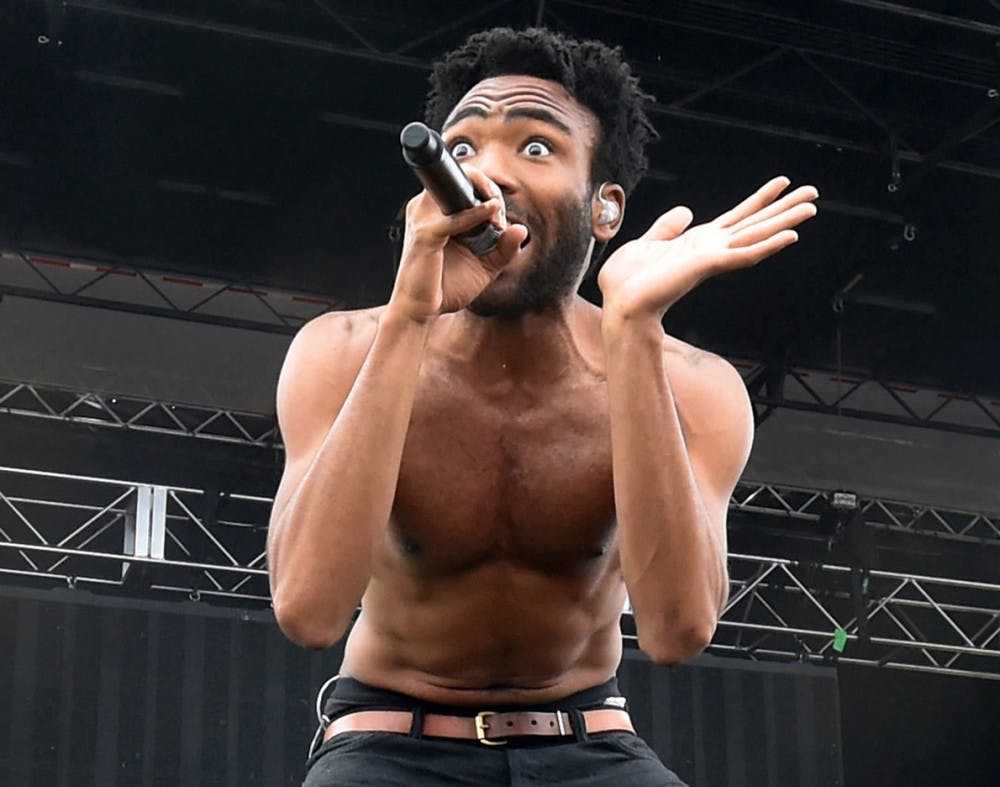 “Guava Island,” a short film starring Donald Glover and Rihanna, shows Glover at his performing peak, establishing a musical direction that's an evolution from his most recent work.

Directed by Glover's long-time collaborator Hiro Murai, "Guava Island" depicts an artist's battle with a business tycoon as he plans a festival.

Glover has proven himself as an actor in recent film and television roles — for his show "Atlanta," he took home the Primetime Emmy award for both Outstanding Lead Actor in a Comedy Series and Outstanding Directing for a Comedy series — but “Guava Island” feels like a nucleus of his performing abilities. With a short story that’s like a stage musical, Glover's character, Deni, is allowed performative range as the star, showcasing Glover’s singing, dancing and acting abilities.

For most of his career, Glover (also a rapper known as Childish Gambino) incorporated rap into each of his projects. Despite mainly sticking to the hip-hop genre, he still had an ear for unique and experimental production alongside Ludwig Göransson, the main producer on his albums.

For his 2016 album “Awaken, My Love!,” Glover created a retro atmosphere where his singing was more than just an array of his vocal ability: It was a release of emotions he hadn't previously displayed. In “Guava Island,” Glover transitions this sound into something lighter and warmer.

While last year's “Summer Pack” and “This is America" offered listeners a glimpse into his sound's evolution with tropical sounds, the future of Glover's artistry remained largely unknown. Having only released a handful of songs in the past year, the short film was the first clear indication of where his sound is headed.

Transitioning from the previous Funkadelic influence of his last album, a combination of reggae and soul music characterize his recent releases. The island serving as the perfect backdrop, the film shows viewers a diverse set of songs that display Glover's vocal range while still retaining a tropical motif.

"Guava Island" opens with “Die with You,” an unreleased song produced by DJ Dahi and Glover that contains rich tropical drums and a warm rhythm that begs for movement. Viewers only get a one-minute snippet of it during the opening credits, but the song carries that same warm energy that Glover dipped his toes into with “Summer Pack." With lyrics that fit the warmth and rhythm perfectly, “Die with You” looks to be one of the more exciting songs to look forward to in Glover's next phase of releases.

Further into the film, Deni gives an acoustic performance of “Red's Cargo," which seems to be the only song made solely for the film. Although it seems unlikely the song will ever get an official release, a lot can be taken from the song aside from its relation to the film.

We’ve never heard Glover's voice as unpolished and raw as with "Red's Cargo," yet it has never sounded better. Following a career where his singing has often been criticized for being lackluster and lacking tone, this is him proving that his singing ability is no longer something to be questioned.

The music on “Guava Island” is an exciting new direction for Glover. The sounds used in the film seem to be a combination of both his 2014 “Kauai” and “Awaken, My Love!”

“Kauai” offered splices of the summertime sound he encapsulates in “Guava Island,” but the key difference between the two is how in the “Kauai,” Glover splashes the songs with electronic instrumentation as opposed to the organic, almost earthy feel of the instrumentation of his recent work.

On “Awaken, My Love!,” Glover establishes his vocal chops more so than on “Kauai,” using creative inflections and tonal deliveries to create a diverse emotional range that “Kauai” didn’t have. Listening back through the releases, it seems as if he is finally ready to release an album he’s been preparing for years.

Set to headline tours at Coachella and Lollapalooza this year, Glover's momentum is on the upswing. His lush, tropical sound might be setting us up for a great summer album. It seems like at this point in his musical career, despite rumors of retirement, he’s poised to release his best work to date.