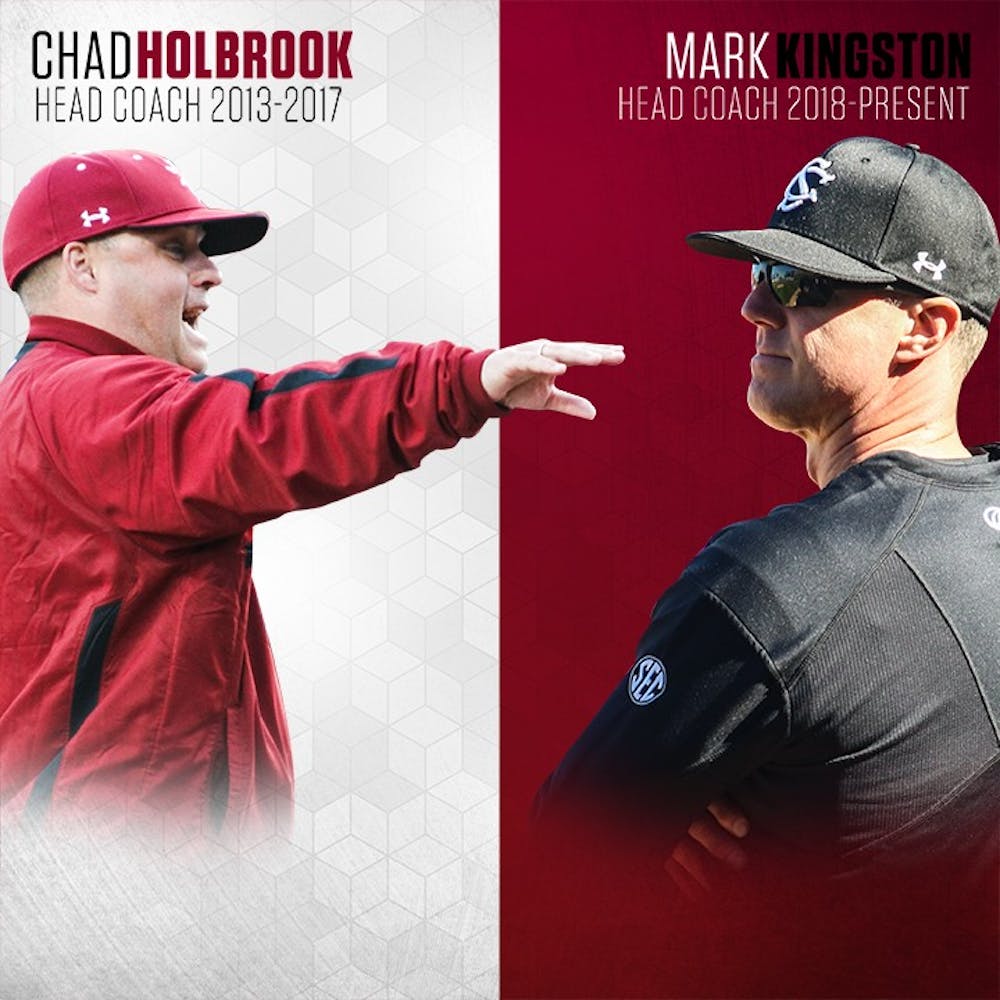 From horns to spurs: How Kingston took over Gamecock baseball

After losing to the LSU Tigers in the SEC Baseball Tournament semifinals, the Gamecocks headed into Selection Monday at 35-25 overall with an SEC record of 13-17.

Former South Carolina head coach Chad Holbrook and the Gamecocks hoped they had a good enough résumé for an NCAA Tournament bid with the 10th best strength of schedule in the country and No. 32 ranking in the RPI.

However, the Gamecocks did not hear their name called. It was the second time in three years South Carolina was left out after making the tournament 15 straight years from 2000 to 2014.

This was an odd spot a program that won two back-to-back national titles just over five years ago and was left out of the postseason once again.

Eight days after the Gamecocks learned their postseason fate, Holbrook resigned as head coach of South Carolina baseball, finishing with a 200-106 record in 2017.

Holbrook was hired as the head coach of the College of Charleston Cougars a little more than a month after leaving the Gamecocks.

"I continue to be impressed with [Kingston’s] ability,” Tanner said after hiring Kingston. “He is so well-rounded to handle the challenges and meet the expectations that we have here at the University of South Carolina."

The hire displeased some Gamecock fans as Kingston wasn’t necessarily a “big name” coach that fans were looking for. Their displeasure continued into the 2018 season as South Carolina started off with a 20-17 record.

With only three games above .500, the Gamecocks were likely to be left out of the postseason back-to-back years for the first time since the in two decades.

But the new head coach had other plans, and the Gamecocks bounced back. They swept No. 19 LSU reaching 13-7 as they headed into Selection Monday.

And unlike the 2017 season, the Gamecocks did hear their name called and went to the Greenville Regional as a two-seed.

South Carolina defeated Ohio State, East Carolina and UNCW at the Greenville Regional, then lost two out of three games to the eventual national-runner up Arkansas in the Super Regionals.

From taking over a program that just missed the NCAA Tournament to being one win away from the College World Series, Kingston rejuvenated South Carolina baseball.