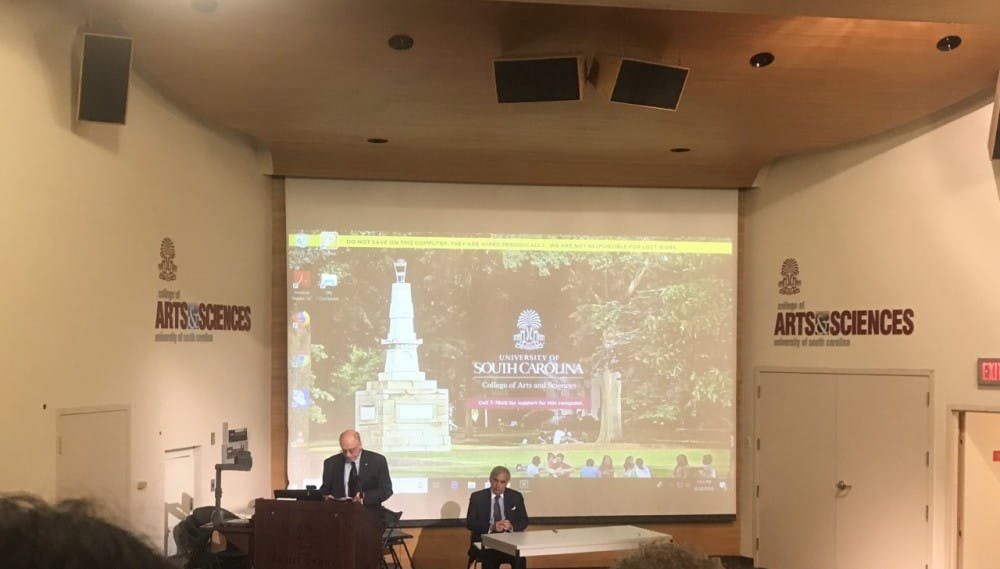 By Genna Contino , and Joseph Leonard

The resolution acknowledges the Board of Trustees' responsibility to select USC's president and says "no university president can hope to succeed without the support of the faculty and students." The resolution states that support should be embraced going forward in the presidential search.

At the meeting, faculty senate chair Marco Valtorta gave a rundown of everything that has occurred in the presidential search from Pastides' retirement announcement to present. He said that following the protests Friday in the Alumni Center, the board called Brendan Kelly, USC — Upstate chancellor, about the job around 3 or 3:30 the same afternoon.

The protests were in response to the possibility of the board electing Robert L. Caslen, Jr. as university president.

Bell said the decision always should have been to hire an interim because with Pastides' announcement later in the semester, many strong potential candidates had already accepted jobs.

"We are grateful that they heard the student voice and the faculty voice," Bell said.

However, Bell said faculty is "highly disappointed with the rush." She said she requested that the Board of Trustees' vote for university president be postponed until after Tuesday's general faculty meeting and it was denied.

Bell said she requested this delay because she thought there was no way the board could process all the comments sent in by students and faculty in under 24 hours following the candidates' forums.

"The university that [the Board of Trustees is] governing feels this way," Bell said. "We hope that you will listen to us because we're not going away."

Pastides said that "all kinds of contact and communication are important" between faculty, students and the Board of Trustees.