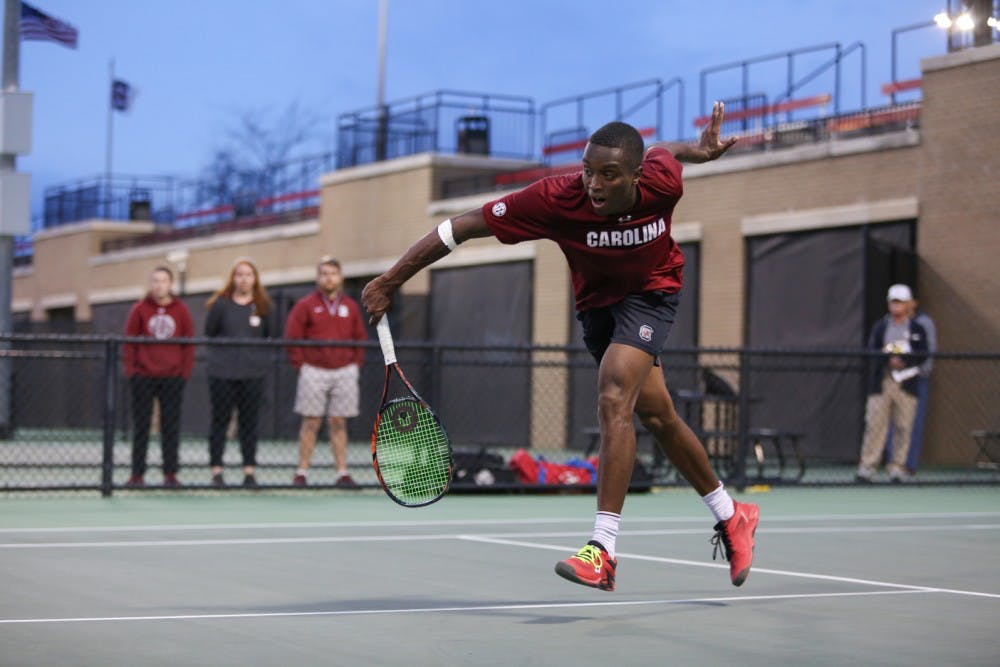 The Gamecocks men’s tennis team is heading back to Gainesville, Florida after finishing the regular season with a 1-6 loss on the road against the Florida Gators.

South Carolina is ranked 22nd in the nation with a 15-8 overall record and a 5-7 SEC record.

Head coach Josh Goffi said that the young team has strived to be more consistent throughout the season.

“There are certain moments and matches that we’re fumbling at times and then other days they’re not, and that’s expected with a young squad like this,” Goffi said. “It has gotten better all season, and it’s going to continue to get better.”

Jubb has been on a nine-game winning streak in singles match play.

He also set a program record by earning 16 wins against the ITA’s top-125 singles players.

“He’s an unbelievable kid that makes the most out of every single day and every ball he hits,” Goffi said. “He has dreams of being a pro, and that’s where he’s going.”

The Gamecocks will begin SEC tournament play in the second round against the No. 42 LSU Tigers on Thursday at 9 a.m.

South Carolina has a chance of advancing to the third round since the Gamecocks defeated the Tigers 5-2 during their last home game of the regular season.

The team that advances to the third round will face No. 11 Texas A&M on Friday at 9 a.m.

“We gotta get the foundation right,” Goffi said. “With a solid foundation, you can build pretty high.”