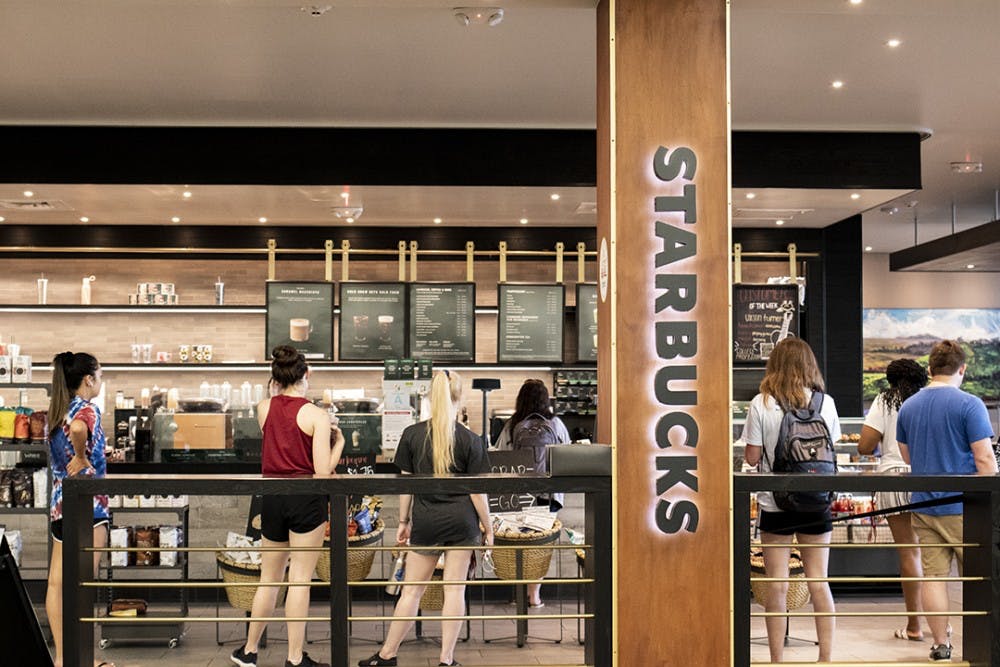 If you’ve been to the major places on USC's campus such as the Russell House bookstore, Thomas Cooper Library or near the Humanities buildings, chances are you have likely come across a Starbucks.

Is that really that surprising, though?

Starbucks has been growing substantially since its start in 1971 in Seattle, Washington. As of 2018, there were 29,324 locations worldwide, and as coffee is one of college students’ main sources of caffeine throughout the semester, it’s not really that weird to have a cluster of Starbucks locations on campus.

Personally, I think it’s over-priced compared to some of its main competitors — Dunkin’ Donuts and other small coffee shops — but that doesn’t stop me from spending $5 on a cup of coffee. You can get a large Dunkin’ iced coffee for around $3, but there is just something about Starbucks that catches peoples’ attention more than all the rest.

The number of Starbucks locations on campus may seem excessive, but multiple locations allow about 47,000 USC students to get their coffee and then get to class on time. Starbucks more all over the place than other small coffee shops, but people that want to try all the popular coffee drinks can get them at Starbucks.

People also branch out from time to time with new drinks based on the time of year and location. For example, the Thomas Cooper Library Starbucks has a red Frappuccino made specially for their USC location and another recent addition to the menu: the iced caramel Cloud Macchiato.

Businesses like Cool Beans and the former library coffee shop, Cooper’s Corner, may have had more unique flavors, but nothing can beat the powerful draw of having a Starbucks cup to show off as you walk around campus.