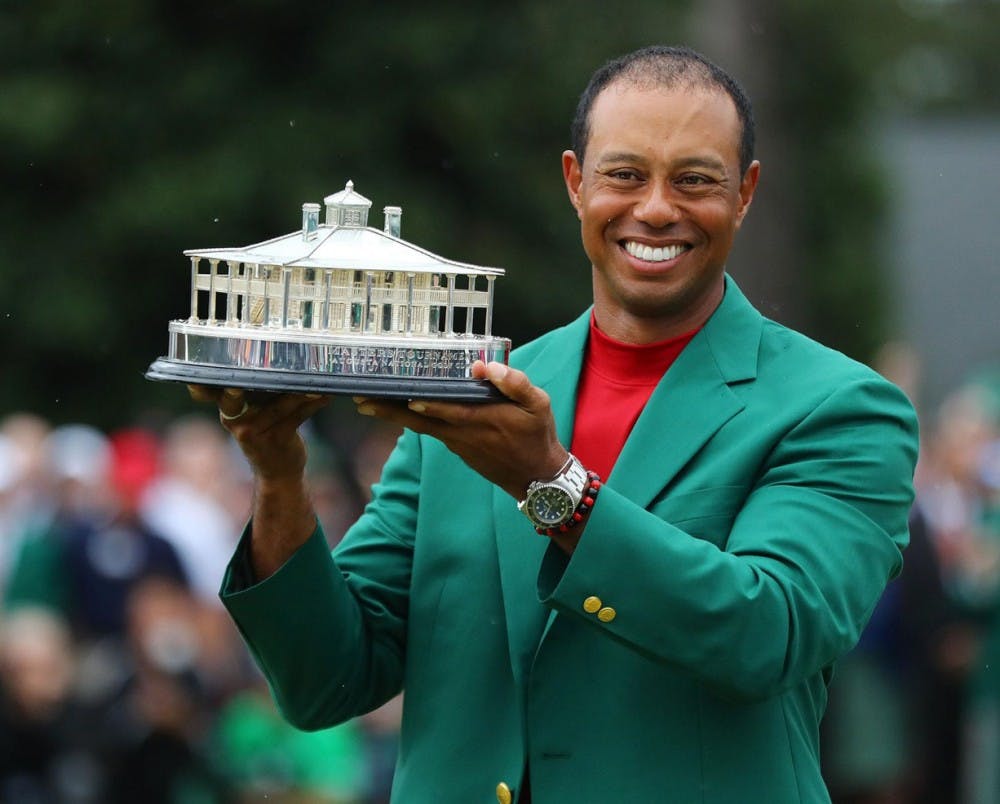 With the beginning of every spring, one sporting event stands out every year — the Masters Tournament. Held at the historic Augusta National Golf Club, the Masters starts the major tournament season and is one of the most prestigious golf events of the year.

While many people around the country view the Masters from their couch, some University of South Carolina students were able to attend the Masters as members of the staff.

Through the College of Hospitality, Retail and Sport Management, a select handful of University of South Carolina students were trained to work at various venues on the grounds in Augusta. The jobs range from management to food service to retail.

Students who work at the Masters attend a semester-long class that teaches them the basics of service and the ins and outs of their specific job. Many students who work the Masters through the university's program work for multiple years. For first-time students, the course is a more intensive, three-credit class. Returning students go through a one-credit online class that refreshes them on what they learned the previous year.

In speaking to students who have worked at the Masters both in 2019 and years past, there was a recurring idea of dedication that comes with working at Augusta.

"It comes with a lot of work ethic and preparation," Ethan Vatske, a second-year exercise science student who worked his second Masters this year, said. "There are long days, it's tiring."

Audrey Karas, a fourth-year hospitality management student, said working at the Masters is an amazing opportunity.

"It becomes a lot easier when you go into work everyday thinking 'I'm so blessed to be here,'" Karas said. "I'm so lucky to be here; this is such an incredible opportunity."

Not only did students working the Masters gain professional experience, but they witnessed the return of sports legend Tiger Woods.

Woods, a man once revered in his sport, completed one of the greatest comebacks in sports history at the 2019 Masters. Woods was once the face of the sport, coming onto the scene in 1997 by winning his first of now five Masters. Woods was a major player for more than a decade, winning 14 majors from 1997 to 2008.

Woods was expected to displace Jack Nicklaus for most majors victories — Nicklaus has 20 major victories — but his run was suddenly cut by injuries and scandal. Woods struggled to play, let alone compete, from 2008 to 2016.

The 2019 Masters marked his return to the top, and this year's students were able to witness his win. Vatske said the Augusta gallery was filled with cheers.

"The feeling that you got, everyone was so happy," Vatske said. "You could hear the roars from Amen Corner, which is the farthest from the clubhouse, all the way to the 18th hole."

Students also met friends along the way to share the experience with, both from USC and other universities.

Kelly Dasch, a fourth-year retail student, said she enjoyed meeting so many people through her experience at the Masters.

"We came into the week not knowing anyone," Dasch said. "I also met a lot of people who actually are here at USC, and now we're best friends."

The Augusta course opened in December of 1932 and has held the Masters tournament every year after the tournament's inauguration in 1934. The grounds crew work to uphold the history and quality of the course, which Karas said makes the course feel special.

"What's special about being there is the attention to detail," said Karas. "Nothing is stepped on, there is no trash, there is no anything. It's just pristine at all times."