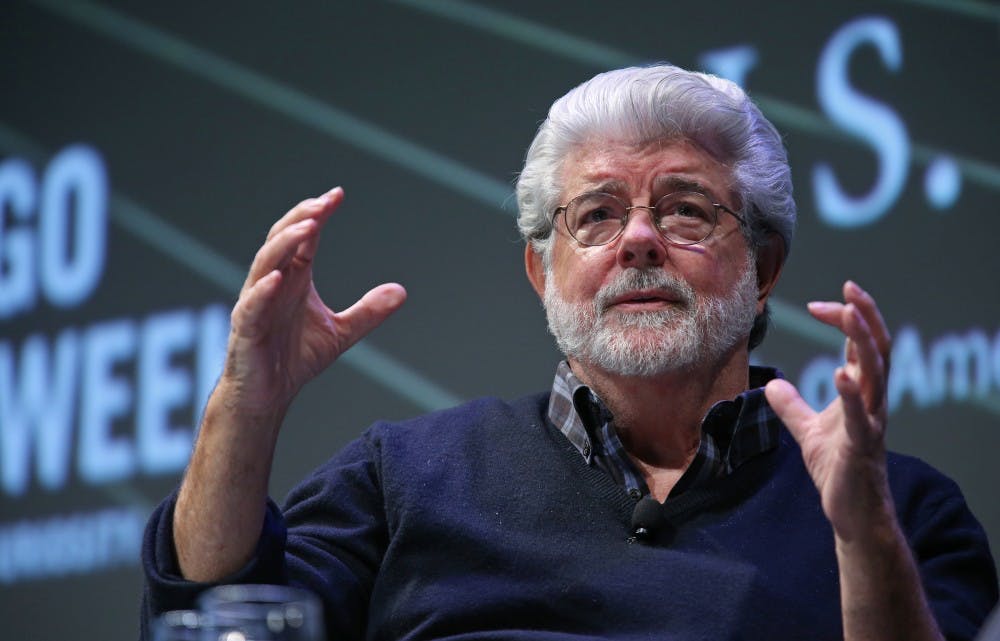 “THX 1138” places us in the dystopian, sci fi world of the 25th century. People don’t have names; they have codes. Drugs are given to suppress human desire, and sexual intercourse and relationships are banned. The drugs given control the masses into mindless slaves. Humans manufacture “robocops,” which further enhance their imprisonment in a system based around control and order. Everyone looks the same with shaved heads and white clothing.

The first half of the movie has THX 1138 (Robert Duvall), the main character, feeling odd and out of place. He goes to a confession booth, which is a farce to brainwash individuals to follow order. The confession booth follows a scripted prompt of questions and responses, and THX realizes this and leaves. Back at home, his roommate LUH 3417 replaces his mind-control drugs and the main arc of the story continues from there.

THX 1138 and LUH 3417, not under mind control, have sex and LUH 3417 gets pregnant. A man named SEN wants to be THX’s roommate, which is illegal and alters the roommate matching program. This leads to distrust between the two, and ultimately both of them are sent to jail: an entirely-open, apparently infinite white space. LUH 3417 is also sent to another jail, where her fate is decided. THX meets up with SEN, and they decide to escape.

The second half of the movie involves the characters' escape attempt, in which they uncover many of the falsities of their society.

“THX 1138” was George Lucas' directorial debut. But this sci fi world is nothing like “Star Wars." It touches on themes of law and order, social control and the possibility of increased technology through robotics. If you are somehow still questioning the star power of this movie, Francis Ford Coppola, known best for “The Godfather,” is the executive producer.

This movie is very overwhelming and isn’t like any other movie in the sci fi genre. This movie was made before "Star Wars" and other major sci fi franchises came out. It was one of the most well-known sci fi films of its time. That being said, to some people the visuals may seem a bit dated and unrealistic. The video effects have been updated in recent versions; however, you will have a laugh at the technology and computers the movie thought would be realistic in the 25th century.

The social commentary in “THX 1138” is profound, and the visualization of social control is astounding. There are scenes where you see the main characters trying to go through crowds of people who have no signs of humanity and individuality. People are rarely seen talking to each other and there is no small talk or conversations about leisure. The purpose of these people’s lives seems inconsequential and they are developing robots that would eventually take over their roles. A scene that stood out to me was when a young boy is being fed history knowledge and control drugs through a tube.

I really enjoyed watching “THX 1138” and would recommend it to anyone who is fan of sci fi or “Star Wars.” If you just want to be entertained by original imagery and a decent plot line, “THX 1138” isn’t that long and is definitely worth watching.