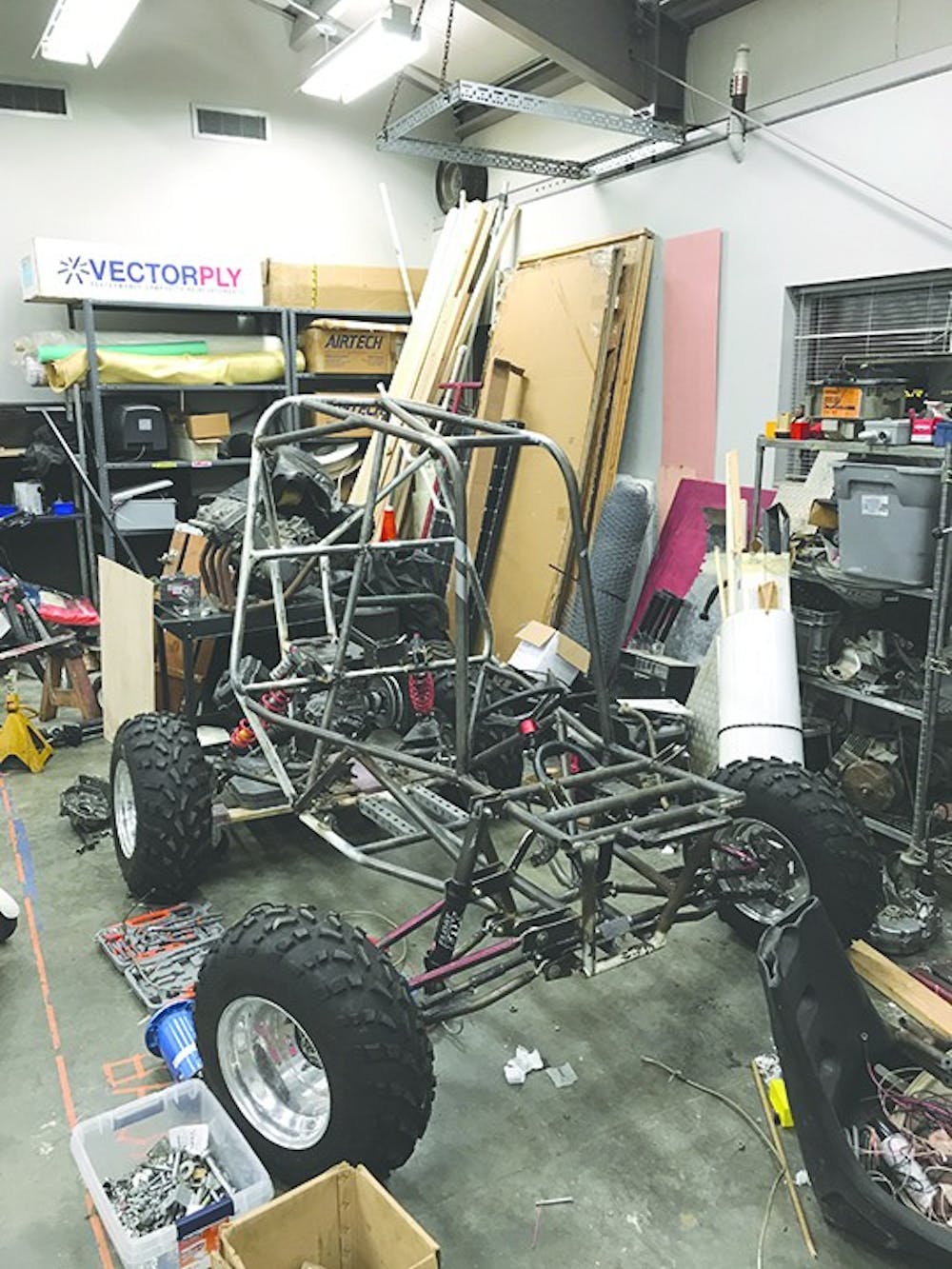 A group of USC students are building a Formula One-style electric car to compete in the nationwide Formula SAE (Student Automotive Engineers) Electric competition in June 2020. The college teams won't race head-to-head but they will compete against each other in performance competitions.

The Formula SAE is an organization that encourages undergraduate and graduate students to develop formula-style cars, which are vehicles built to achieve maximum speed, with open cockpits and high-power engines.

“I really wanted to go build a car and this organization lets me do that and it seems like there were a bunch of people at the university who wanted to do the same thing," Hannum said. "So now we’re building a car."

The team is still in the beginning stages as many teams are still researching parts to use and creating computer 3D illustrations of their projects.

The club is split into seven teams — a chassis team, a suspension team, a drive-train team, a brake team, an aerodynamics team, an integration team and a fundraising team. Each team works on a section of the vehicle and will combine all of their individual projects into one electric Formula One-style car.

The suspension team is focused on the vehicle's shocks and the steering of the vehicle. This team is working to make sure the steering is tight, tires are off the ground and that rim size maximizes mobility.

Nick Latronica, a second-year mechanical engineering student, has been a car aficionado since he was a kid, and now he races his own Mazda Miata in autocross competitions. Latronica is the suspension team leader who assigns projects to his team members, tracks their progress and also assists in their projects.

Latronica said suspension production comes last because they want to mold the suspension around the car to optimize the car's performance. He also said being a part of this club has exposed him to a great deal of detailed math equations, geometry and experiences that he would never had in a classroom at USC.

“That kind of confidence walking into an interview or even just applying is incredibly useful, because you’re able to know that you’re going to be an asset to somebody, rather than being somebody who needs to be trained," Latronica said.

Alberto Esqueda-Martinez, a fourth-year mechanical engineering student and aerodynamics team leader, said his team is focused on designing and fabricating the materials used for the car's body and managing the car's weight so it doesn't hinder the performance of the car.

Esqueda-Martinez also connects team members with professors to find modeling documents and help them turn them into 3D illustrations. He said the business side of the club is something that he wouldn't have experienced as an engineering student.

Esqueda-Martinez has had interactions with Haas Automation, which is one of the largest machine tool builders on the globe, and made connections with local machine shops that he wouldn't have made in an engineering class.

“A lot of people are very wanting of an engineer who can also sell what they’re designing, because not only are you the smartest person when it comes to what your product will do — you can also be just the go-to guy to try to sell it to any clients,” Esqueda-Martinez said.

The fundraising team deals with getting sponsors and applying for grants from USC so the team can actually construct the car. Second-year accounting student Rachel Nelson said once they begin raising money from sponsors as fundraising team leader, she'll learn how to manage money for real-world companies.

Nelson also said she knew she had to get involved in something on campus, and after she discovered the club's social media she saw it as the perfect fit.

“There was just something about it that, it caught my eye and something in my gut said, ‘That is what I want to be a part of,'" Nelson said, "just picking this brand new club that has so much potential and you can gain so much from.”