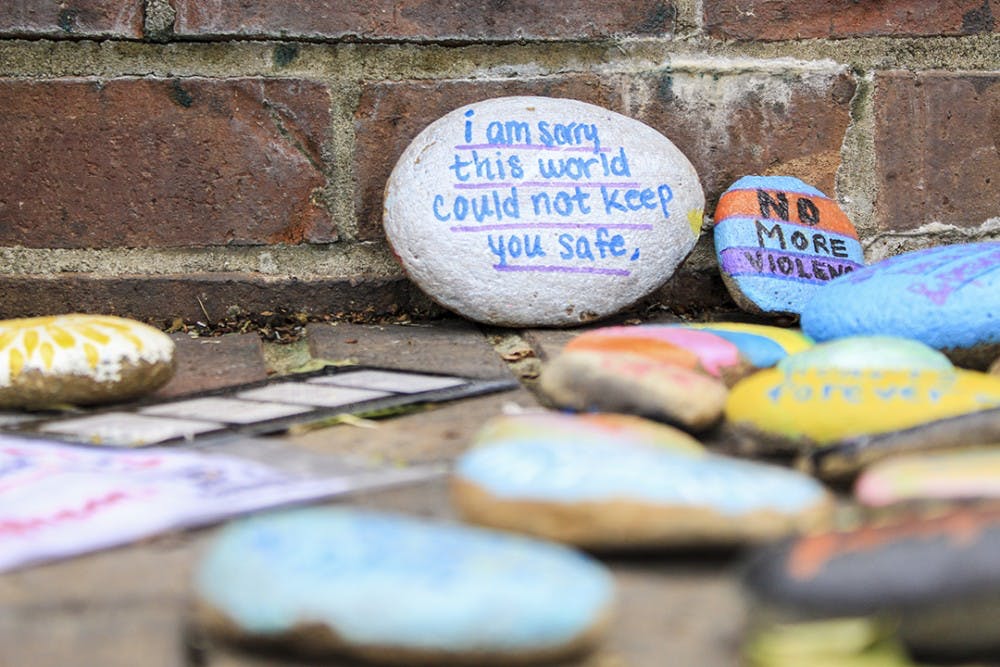 By Hannah Dear, and Joseph Leonard

Alexia Greene went to Five Points the night after USC student Samantha Josephson was abducted from Harden Street and killed. Greene didn't know about the situation, but said she would have never gone to Five Points if USCPD had sent out a Carolina Alert about the missing student.

Josephson’s friends reported her missing in the afternoon on Friday, March 29. At 8:45 p.m.,  Columbia Police Department tweeted photos of Josephson and the car that took her. USCPD retweeted it.

The university did not send out a Carolina Alert text message to students.

USC spokesman Jeff Stensland said a Carolina Alert text message was not sent after Josephson was known to be missing because there was no immediate danger to students’ lives.

USCPD tweets Carolina Alerts in less urgent situations and sends a text message when students need to change their behavior immediately in cases such as inclement weather or an active shooter, Stensland said.

“Social media typically is a very effective way in terms of reaching students, and the fact that we amplified it on the main account was the reason for that,” said Stensland. “We know that most students are following Carolina Alerts.”

Greene said she thinks that if Josephson's story had not spread through social media, the university and law enforcement would not have publicly addressed it.

"Once news stations started picking up on what had happened that’s when they were like ‘Oh, we need to be doing something about this situation or all these people will get upset about it,'" Greene said. "So they really did try to hide it until the last second possible.”

Greene said Five Points should be better patrolled to increase safety in the area because so much happens that people aren't aware of.

"You don’t know every story about everything in Five Points, and it needs to be more publicized about events that happen [there]," Greene said.

In response to Josephson's death, USC sent emails to students outlining its safety measures on campus and in Five Points.

USCPD promotes the Rave Guardian safety app in its campus safety presentations. The app allows students to send in tips about illegal or unsafe behavior, share their location with "Guardians," call USCPD and has other features.

On campus, the blue light system acts as a way for students to alert USCPD if they feel unsafe or are in an emergency. However, this system recently came under scrutiny in student senate after some students felt the boxes often malfunctioned or didn't work altogether. The university decided to not remove the blue lights, as it would be expensive.

Ashlyn Horton, a second-year art studio student, said Columbia as a whole isn't safe but that the campus blinds students to the dangers of Columbia because the campus is a nicer area. Horton also said that she's seen suspicious people walking around campus and has passed by some of the blue emergency boxes on campus and noticed they don't work. She said the main issue at USC is a lack of communication on the university's side.

"I think communication is an issue because even if they didn’t know anything about the guy, they should have sent out an alert saying, ‘Hey, watch out, there’s someone who’s just been abducted, someone's missing,' at the very least,” Horton said.

However, Grace Grogan, a first-year nursing student, said she thinks USC is a safe campus overall.

“I’m from Baltimore, so it seems pretty safe to me," Grogan said. "It’s not like it is back home in the city, so I think it just depends on where you’re from and your perspective on it."

Last fall, the university worked with the Columbia Police Department to establish a pick-up zone for students in Five Points. Ride-shares such as Lyft and Uber and university shuttles are supposed to pick up students at 2100 Santee Ave. Thursday through Saturday from 10:30 p.m. to 3 a.m.

Grogan said the safe pick-up zone is a step in the right direction, but being intoxicated and entering an area patrolled by police could also be a nerve-wracking experience for students.

Greene said the pick-up zone sounded like a good idea, but it was not well publicized.

“I have never heard of that in the three years I have been at this university," Greene said. "I have never once been picked up by an Uber at this location.”

Horton said USC is not doing its part to make students aware of dangers they could face on and off campus. It's become part of the culture, she said.

“It’s a problem that the students think they’re safe when they’re not," Horton said. "That’s the problem, is that the university isn’t doing a good job of relaying the fact that we’re not safe."