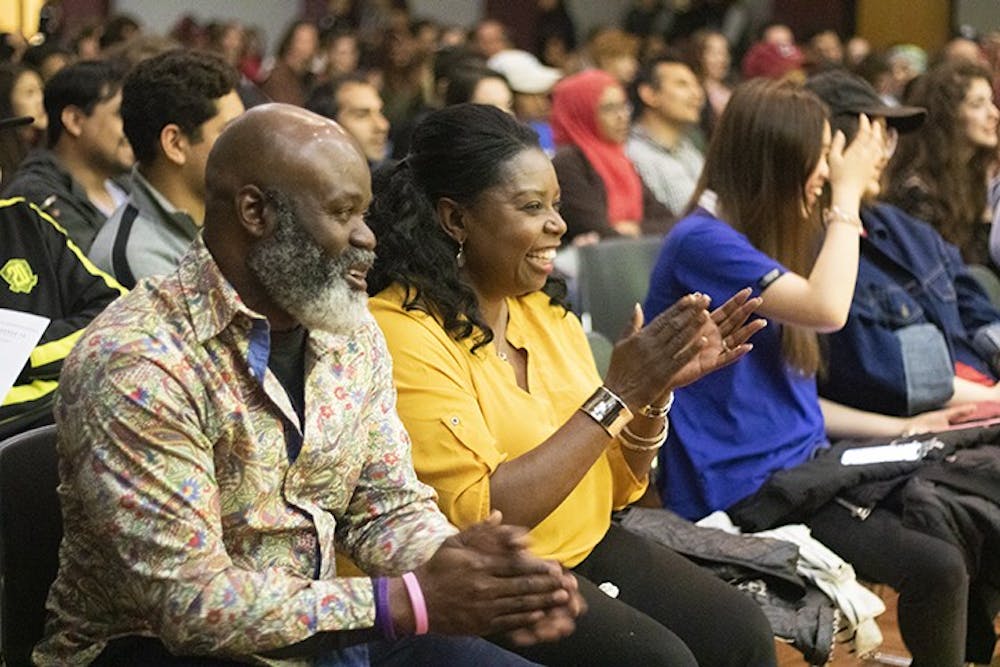 In celebration of the world's different cultures, USC students, staff and friends came together Tuesday for World Night.

Annie Wang, president of the ISA, said the event is meant to celebrate the many diverse groups of people at USC under one roof. The second-year international business and operation supply chain student also said she believes it's especially important for those who haven't learned of these cultures before to get firsthand experience.

“By bringing them all into one room one night they can really get a little bit of a taste of a lot of different cultures," Wang said, "and then that way maybe it’ll pique their interest and they can explore that culture more too.”

Attendees packed the Russell House ballroom and watched cultural performances including Indian a capella songs, K-pop dances and a choreographed Chinese martial art performance while eating Mexican and Asian-inspired dishes. A pageant show ran between the performances, and people could vote for their favorite contestant at the end of the show.

First-year psychology Aidan Kaikawakami had not been exposed to Indian fusion dance or Indian a capella before Tuesday. He said he loved the World Night celebration and was impressed two clubs — the Latin Dance Club and the Kosmic Dance Club, a Korean pop group — so much that he wants to join both.

“I think the music gets me super excited and super hyped up and the dancing, seeing the dancing paired with the music just makes me so happy, it’s really exciting,” Kaikawakami said.

Kaikawakami also said that he believes World Night is important to USC because it brings students and faculty together from all different types of backgrounds, upbringings and cultures.

Ivan Harjehausen, a second-year international business and finance student, participated in this year's World Night as a pageant contestant. Before studying abroad last semester, Harjehausen hadn't realized how underexposed he was to other cultures.

“When I left the country I was like, ‘Wow, this world is huge," Harjehausen said. "So I think events like this that do bring a sense of that to us here in South Carolina."

Harjehausen said World Night allows the USC community to dive deeper into the cultures that surround USC and explore them in a way that they might not have been able to before.

“Not only do you have a responsibility to be able to interact with other people in a friendly and accepting way, but also there’s a lot of value to gain from them,” Harjehausen said. "Some of them have amazing food and some of them have really interesting histories and interesting cultural values that you can learn from.”