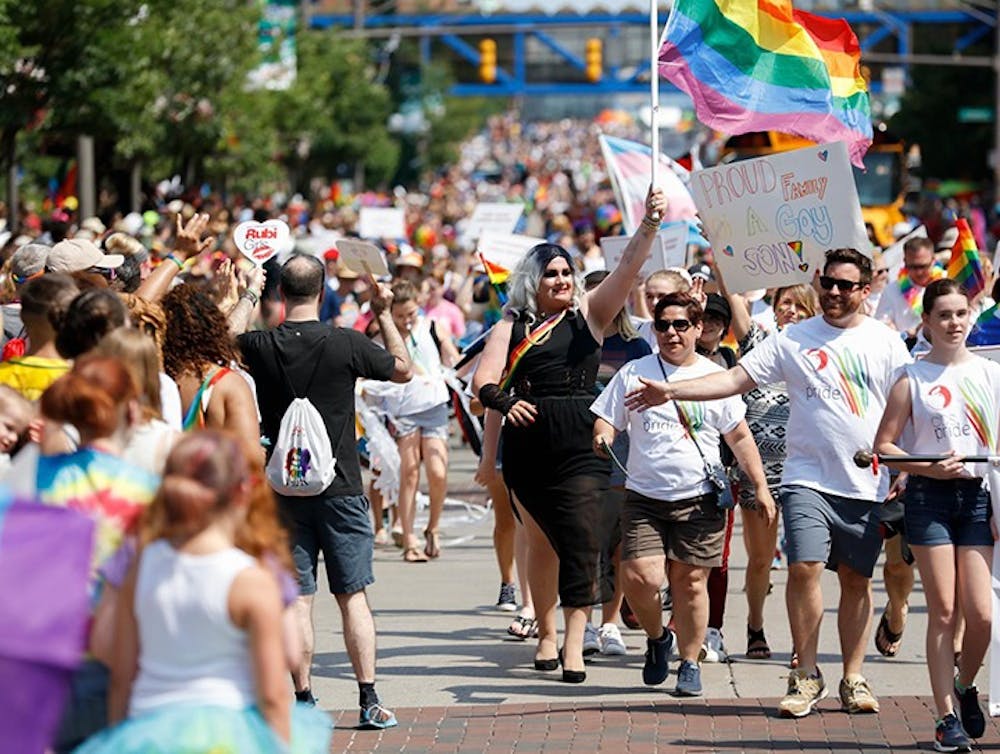 It’s Pride month. We go to school in Columbia. Soda City isn’t winning any awards for inclusivity or its booming queer community. When I first came to USC, I was disappointed to find that LGBTQ+ resources, gathering places and advocacy were, well, not as vibrant in Columbia as compared to larger, more progressive cities.

There didn’t seem to be many queer people around, and those who were still seemed to be discovering their identities. It seemed like the LGBTQ+ events I attended were limited to talking about coming out, how to respect others’ pronouns and RuPaul. All of which are super important (RuPaul included) tenets of our community. But I wasn’t in the preliminary stages of discovering my queerness; I knew who I liked and what pronouns I wanted to use, and I was lucky enough to have been safely and happily out of the closet for years. With my own identity firmly secured, I wanted to participate in community organizing and outreach, delve deeper into queer theory and work in activism and advocacy. It felt like I had hit a dead end.

I’m so glad that the LGBTQ+ community we do have here in Columbia supports students who haven’t had the opportunity to interact with queer culture and identity very much yet. That’s really important, especially for a school located in a less progressive part of the U.S. But I felt left out. It seemed like Columbia didn’t offer anything for someone at my stage in my journey with my queer identity.

The limited activism that did exist in the Cola area seemed tame, toothless and performative. Pride was small and boring compared to the fabulous, diverse celebrations I’d seen in other cities. Nobody was talking about queer theory outside of class assignments; nobody was interested in what the next wave of queerness would look like. It felt like I had stepped back in time to 2004, when gayness was still novel to the general public.

Sometimes I still feel like that. But for me, that makes it all the more important to make the spaces that are available visible. Our city has so many wonderful LGBTQ+ individuals, and if you’re one of them, I’d guess that at some point, you’ve felt as unsatisfied as I have. You might have wished there was a better way to meet other LGBTQ+ students or wanted a more robust array of resources. The only way to build a more active, diverse and supportive queer community is through coming together, organizing, learning and advocating.

That might sound like a lot for you to take on. The good news is you don’t have to do it alone. The first step is simply showing up. Where, you might ask? Look no further than this list of resources, organizations, events and more for LGBTQ+ students at USC. Whether you’re just coming out of the closet for the first time or a drag night regular, this list has a niche for you.

If you’re gay at USC, you’ve probably heard of IRIS. This student organization is the college equivalent of your high school’s Gay Straight Alliance. Besides its regular meetings (where members discuss things such as coming out, drag show etiquette and more), the organization puts on LGBTQ+ themed events such as Birdcage (USC’s own drag night) and hosts forums on topics relevant to the queer community.

If you’re a trans student or ally looking for a group geared specifically towards trans and gender non-conforming people, TSA is it! This organization focuses on creating safe spaces for trans students and advocating for trans rights in our region.

If you’re more of a party gay, PT’s is the scene for you. This Columbia bar has all the fixings of a classic gay club: music, dancing, drag and, of course, men. While PT's is aimed more towards an MLM audience, all kinds of people are welcome, and events such as drag night tend to draw a more diverse crowd of queer people and allies. If you want a night out but can’t stand the thought of another night scanning the crowd in Cotton Gin for signs of queer life, look no further than this club.

This center in Columbia provides a variety of resources for queer individuals here in the capital and throughout the state of South Carolina. The volunteer-run LGBTQ+ community center offers a variety of support groups and get-togethers, including one geared towards the trans community, one for bi+ individuals and one for queer elders. Resources such as an LGBTQ+-minded lending library and a list of LGBTQ+ friendly local religious congregations are also available through this organization. If you need anything from legal advocacy to non-discriminatory medical care to crisis assistance, the Harriet Hancock Center is the place to go. If its programs can’t help you directly, the center can probably put you in contact with someone who can.

Columbia boasts three separate pride-themed celebrations: SC Black Pride in August, Famously Hot SC Pride in October and Outfest in June. It’s definitely worth stopping by a Columbia pride festival when they roll around, especially if you’re looking to meet other local gays. But if you’re craving a bigger, wilder, more ridiculous celebration, look to a larger nearby city, such as Charlotte or Atlanta, which host booming pride celebrations complete with parades, street vendors, drag shows, outrageous costumes and big crowds.

If you're interested in the scholarly side of queerness, this academic department is a great place to start. As queer people, a lot of us end up asking questions about gender, since we're forced to think about it so often. Where do femininity and masculinity come from? What's the historical context for my identity? What role does the body play in questions of gender and society? These are the kind of topics you might tackle in Women's and Gender Studies classes, so if theory is your thing, check out the course catalog!