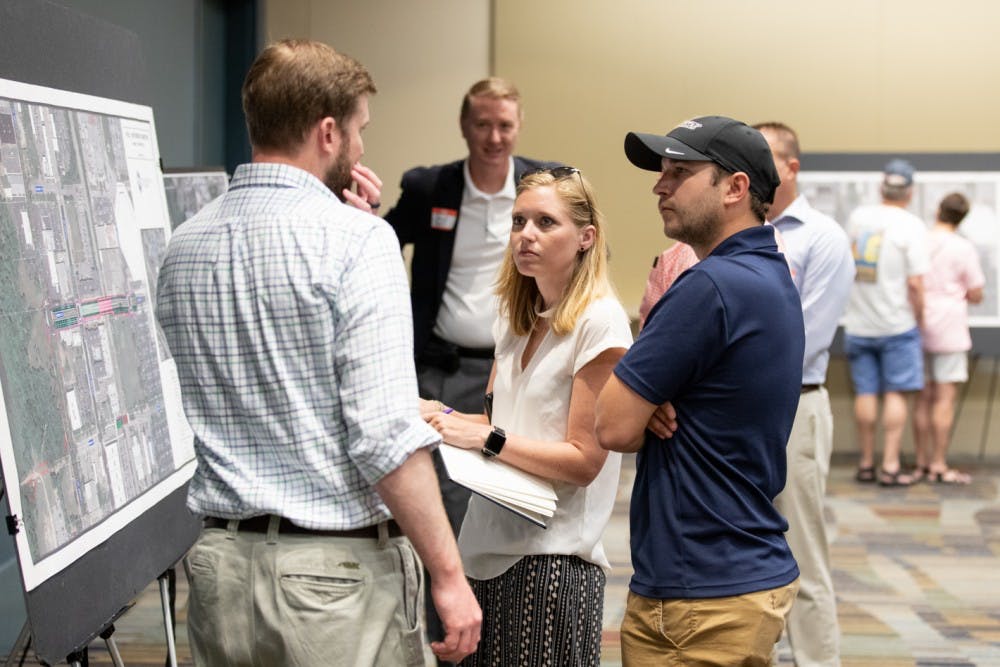 By Joseph Leonard, and Lee Wardlaw

Students can look forward to Greene Street construction and a Devine Street bridge closure over the next two years starting this fall.

The South Carolina Department of Transportation and the City of Columbia have approved a project design proposal from the Richland County Transportation Penny Program for a Phase II extension of Greene Street in downtown Columbia. The plan is scheduled to break ground in fall 2019 and be completed by fall 2021, if all permits are approved by county council.

Mohammed Al-Tofan, a pre-construction engineering manager for Richland County, said in an email that the proposal, which would further connect the University of South Carolina campus with the Congaree River and West Columbia, is expected to be approved by county council.

The project is funded through a special sales and use tax that was approved through a referendum vote from Richland County residents in 2012. The sales tax equals 1% of the county’s budget and is "used to fund roadway improvement projects, mass transit services and bike and pedestrian improvements,” according to Al-Tofan.

The Greene Street extension is a part of a list of approved projects from the county's transportation program titled Innovista Transportation Related Projects.

Al-Tofan said that the project consists of converting Greene Street from a four-lane and two-lane roadway to a three-lane curb and gutter roadway with sidewalks and dedicated bike lanes from Huger Street to Gadsden Street. Additionally, it includes a new bridge over the Norfolk Southern and CSX railroads to reconnect Greene Street, which will also run in between the two Greene Crossing apartment complex buildings.

Al-Tofan said the plan was made with requirements from Norfolk Southern that the county would include street closures at two popular campus roadways that meet the railroad: in front of Palmetto Compress on Devine Street and south of Greek Village on Gadsden Street.

However, the roads will not be closed until the Greene Street Construction is completed with a new bridge and is open for traffic, which is expected to be completed by Fall 2021.

The project is aimed to improve safety and the flow of traffic. Al-Tofan said the bridge will allow students to safely cross the railroad tracks and to no longer have to wait on trains. He mentioned on several occasions that the project aims to assist multi-modal transportation, which includes bike, pedestrian and vehicular.

Ishaan Vasudeva, a 2018 USC alumni who attended the public information meeting last week, said he did so on behalf of the gym he works at on Lincoln Street. Vasudeva said he's concerned with students from surrounding complexes not being able to access their gym because of the fence that will surround the railroad tracks underneath the bridge on Devine Street.

“If they’re not able to cross where they do now, it probably will be more difficult for them to want to walk over to the gym even though it’s, like, less than a quarter mile,” Vasudeva said.

Vasudeva said he wished the project would start closer to campus and eventually work itself outwards because he believes it would result in less traffic for city goers. However, Vasudeva said once the project is completed, it will improve traffic.

The next step for the project would then be to advertise it for construction, receive bids from contractors and begin construction, Al-Tofan said. However, plans could fall through if bids are higher than budgeted amounts. County council will have the final decision on whether or not the project will move forward.

Blake Gibbons, a rising first-year geography student, said he’s excited for the changes coming to Columbia. As a bicyclist himself, he said the extension of the bike lanes included in the project, which will stretch from Huger Street to Gadsden Street, will improve bicyclist traffic.

“I’m just excited for this project and, you know, for a whole new bridge and bike lanes and all the infrastructure improvements going on underway, a two-year project is not bad at all,” Gibbons said.