Opinion: Pride is more than your GBF 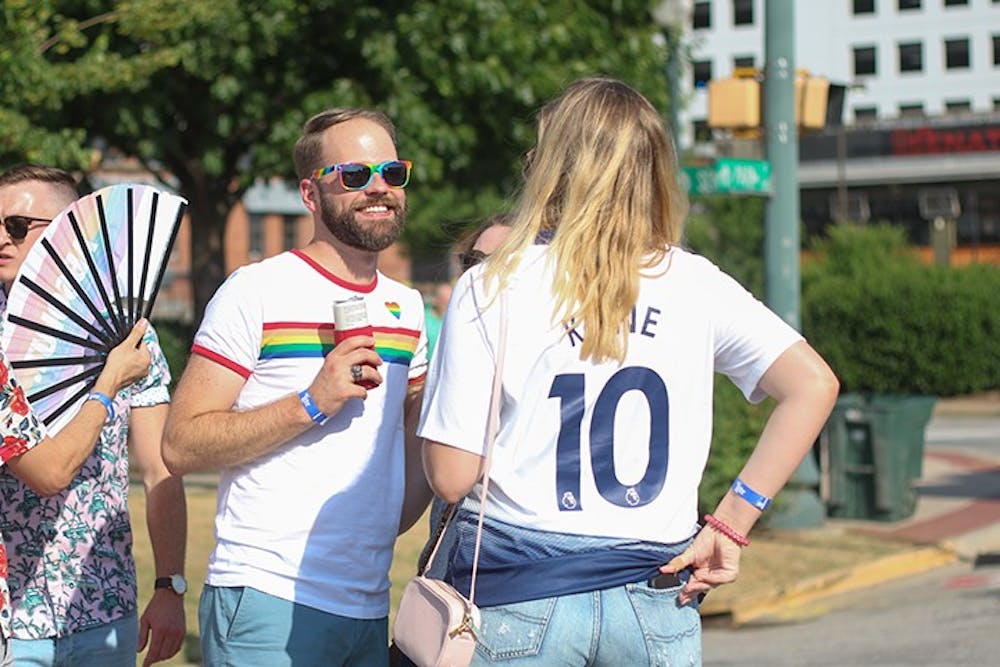 Pride is not a party for you to crash.

In the fifty years since the Stonewall riots, the United States has seen a drastic increase in pro-LGBTQ+ laws, but there are still many rights that the gay community has to fight for, and your fetishization of our identities does not help us.

It has been known for a while now that having a gay best friend is problematic at best. On one hand, you're stripping someone’s whole personality down to it’s stereotypes; and on the other, you're ignoring every single struggle they have faced in their life just so they can be your on hand fashion assistant.

Not only that, but when you think you’re an ally for the entire LGBTQ+ community by only supporting the people you know, you are not a true ally. Being a good straight friend during pride means acknowledging and accepting every identity that falls in the LGBTQ+ spectrum.

To be an ally to the queer community does not mean that you get your rocks off to two girls kissing, or that you think it’s hot for a guy to dress feminine. It is accepting the fact that these people are doing these things for themselves, not for your own pleasure, comfort or view-ability. They have nothing to prove to you, and it is not their job to educate you on the community as a whole.

There is never and should never be someone who speaks for the entire LGBTQ+ experience, especially straight people. Do not speak for us. It is nice that you care about your GBF’s hardships, but the experience of a white cis gay guy doesn’t even compare to those of a trans black person — and even if it does, it is not your place to disclose that.

Pride celebrations act a place where LGBTQ+ people can be “out and proud” somewhere they know they will be safe. You invading our space just because you bought into the toxic party culture stereotype of the community changes that. I’m sure it’s nice to dress up in rainbows and go to an LGBTQ+ party, but at the end of the day, you do not have to go back to a reality that is constantly trying to undermine your fundamental rights.

Pride is a time for celebration, excitement and, well, pride. You can celebrate with us, help us and listen to us, but please do not assume you understand what the community has been through. In the past few years alone, the LGBTQ+ community has dealt with bathroom bills, hate crime laws and trans troop restrictions. Instead of talking over your LGBTQ+ friends, fight for them, keep them safe and acknowledge their identity.